This was another epic year for new kits with three releases. I present them here in ascending order of usefulness.  But that's just my opinion!
Scorpion.  Not strictly a tank but (at least in British service) a Combat Vehicle Reconnaissance (Tracked).  I did build one of these several decades ago but don't have one to hand at the present time, so I am indebted to Paul at Plastic Warriors and Richard at Wargames & Walking for the photos.  A neat if rather fiddly kit builds as either a Scorpion (76mm gun) or Scimitar (30mm cannon) and if your skill stretches far enough can serve as the basis of other CVR(T) variants..
Chi-Ha tank. More accurately the Type 97 Medium Tank.  Japanese vehicles in this scale are still rather scarce so back in the day this was something of a bolt from the blue!  I recently built a couple of these which featured in earlier blog posts.  It's a nice kit and well worth looking out for. 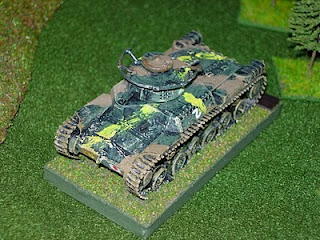 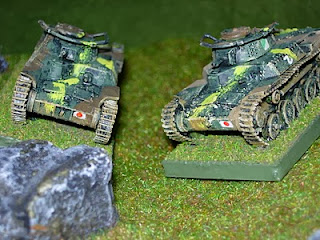 What a gem this set is!  Both the Kubelwagen and the Sdkfz 222 are extremely useful for our wargame armies.  The '222 is an easy conversion into the MG-armed '221 and other such variants. 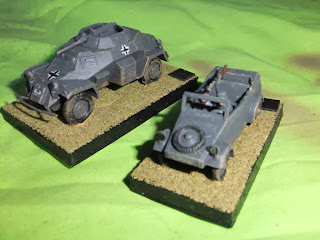 A pair of standard models, these serve with my incarnation of 7 Panzer Division. 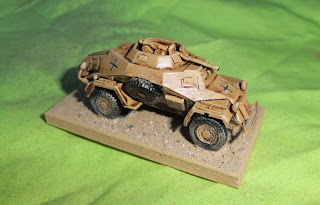 Great post Tim. The Scorpion makes a nice AFV with some minor housekeeping.

I will be surprised if most peoples German armies did not start with the Recon set. Mine certainly did!

I remember the German Reconnaissance Set from the box. Nice post.

Agreed! My German collection started with the recon set and a couple of PzIVs

I recall thinking when I first found one just what a handy kit the recon group was. The figures that came with it were useful too.

Paul Foster
And there's me still thinking of the Recce Set as a relatively new kit..... My first German AFV was the Matchbox Panzer III.

Jon Yuengling
Thanks for commenting.

Archduke Piccolo
Well reminded - the figures were indeed rather good.

Yes, the 'officer with clipboard' figure graces a couple of my HQ stands.

I think I have an Airfix Scorpion in my old plastic kits box somewhere.

Martin Rapier
I probably have a few of the figure knocking about - I just couldn't find them for the photos!

The Chi Ha is a lovely make

How many can I justify getting? I do my math and I think three, with the feeling that too might be a bit overkill!