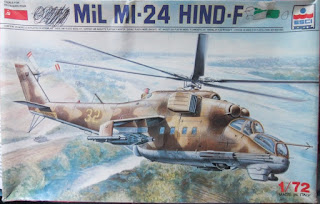 I forget where I picked up this old Esci kit but it's been 'in stock' for a couple of years.  As I'll soon have work for such a big chopper I decided to throw it together last weekend. 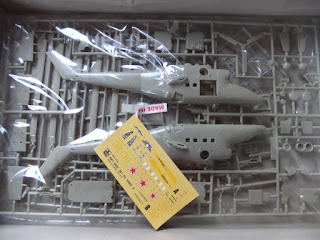 The parts all looked crisp enough. 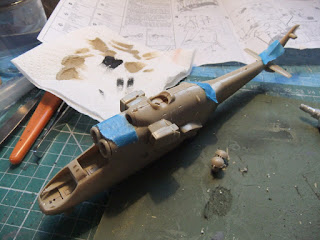 It went together easily enough - helped by my usual disdain for internal detail which left many fiddly parts still on the sprue! 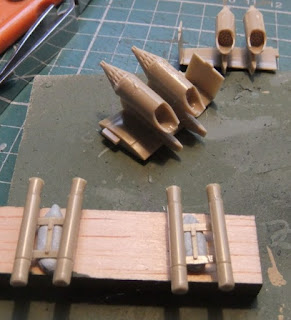 There were a fair few explody things to attach - I built these as separate sub-assemblies. 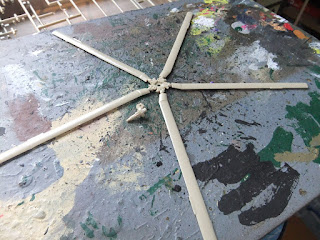 Lining up the rotor blades was an adventure.  I wonder how long they'll last. 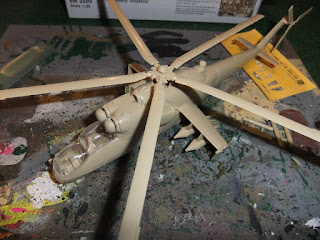 This grubby specimen was part of the Partizan 'plane purchase.  The original builder of this ancient Airfix MiG-15 had left it largely in the silvery-grey plastic.
Given that the original Soviet decals had almost entirely flaked away and the general grubbiness and down at heel appearance of the kit I decided to pass it on to one of the WARPACT allies.
A set of East German decals was duly sourced from the decal box and it was ready for action again! 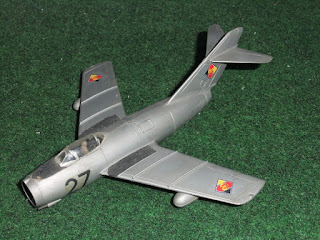 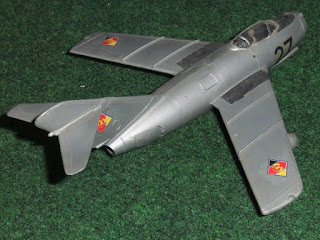 I Shot the Sheriff

Well strictly speaking it was Tom.  And he shot the Deputy.*

Wednesday saw the debut of my Western gunfight game, accompanied by some of the collection of wooden buildings I bought a few months ago.  These are, I believe, mostly Starlux and my purchase included a couple of dozen Starlux plastic Wild West figures. 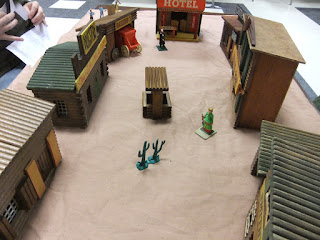 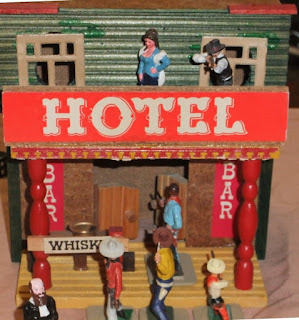 While Sheriff Armatys dallies upstairs with Big Lil some ruffians enter town.  As the chap in blue is flung out of the bar for trying to cadge free drinks a trio of desperadoes march in.  These are none other then the dreaded 'Big Hat Gang' led by 'Argumentative' Elsmore.  They demand the good liquor and get it.  Meanwhile the local Preacher looks in in disgust. 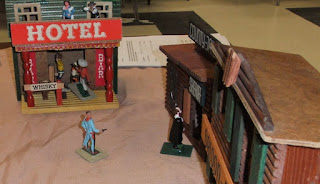 Our man in blue - as it turns out, a member of Tom's 'Bare Head Gang' stomps off the the other bar to try his luck again.
The Preacher calls in at the Sheriff's office to enquire about becoming a Deputy. 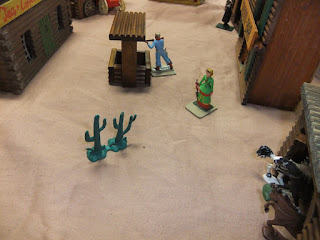 Another man in blue - also of the Bare Head Gang - quenches his thirst more responsibly at the well.  The Preacher is sworn as a Deputy but his request to be issued a Gatling gun falls on stony ground. 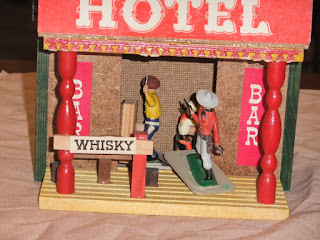 The Big Hat Gang are still whooping it up in the hotel when shooting, sorry I mean shootin', begins. 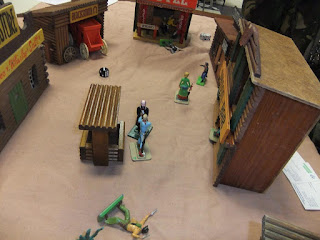 Tom's man in the bar shoots the bartender from across the bar top.  And misses.  Twice.
His colleague by the well guns down the Deputy who has emerged from the bank.
A more accurate shot is fired by the leader of the Bare Head Gang who, from behind the stables (top left) guns down the Sheriff who falls - in a pleasingly cinematic manner - over the balcony.
Next Deputy Preacher assails the blue shooter by battering him with rocks - the only weapons he has been able to secure!
The respactable lady in green runs screaming towards the Sheriff's Office - thus ruining the Deputy's field of fire. 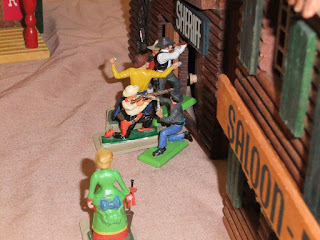 The finale.
The Big Hat Gang rush out of the hotel, gather up the dead Sheriff and use the corpse to batter their way into the Sheriff's office.  There they secure the dead man's keys and release a jailed accomplice. Where to begin?  In recent weeks I have been pondering some ideas for a Wild West game.
Having cobbled together some er 'rules' and scenario notes I then needed a name for my Wild West town.  And there things ground to a halt for a while.

And then providence smiled on me.  In an email last week Paul of the splendid Plastic Warriors blog mentioned that on his travels around NZ he had noticed this place name: 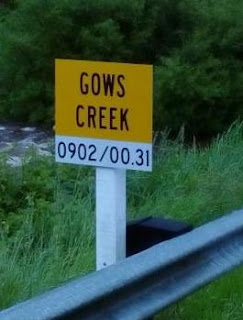