This NATO Brigade Commander scenario was put together as a flimsy excuse to use some recently finished US troops. It was based on an article in an old issue of Strategy & Tactics which outlined US plans to deploy troops to the middle east in the event of war. How unlikely it all seemed back then... The scene was set as follows:


Following the Camp David peace accords, which finally ended the conflict between Egypt and Israel, the US has been courting Egypt as a regional ally. This has taken on a new importance with the Islamic revolution in Iran, formerly a crucial US ally.
Joint exercises have been held by US and Egyptian forces. These are usually based on a scenario involving hostile action by Libya.


In advance of this year’s exercises, the usual US airborne troops have been replaced with elements of the latest High Technology Light Division (HTLD), lavishly equipped with light vehicles and AT missiles.


Before the exercise can begin, however, news arrives that Libyan armoured units have crossed the border… A real shooting war has begun and the HTLD must delay the Libyans until Egyptian heavy units arrive. 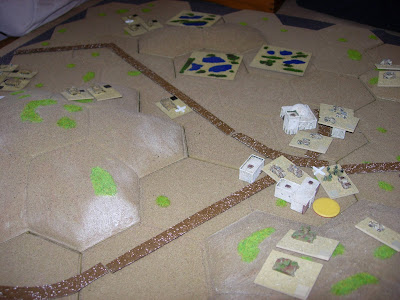 The Libyan advance stalls but the US battalion in the  own looks a bit wobbly. 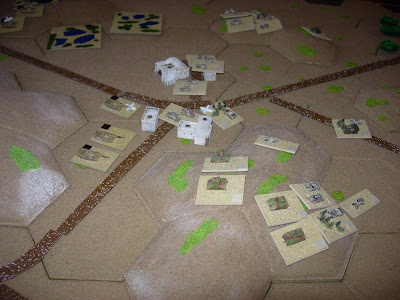 The battle intensifies as another Libyan tank battalion is thrown in. 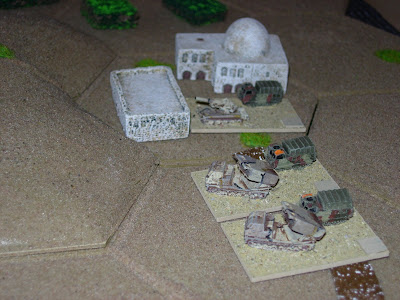 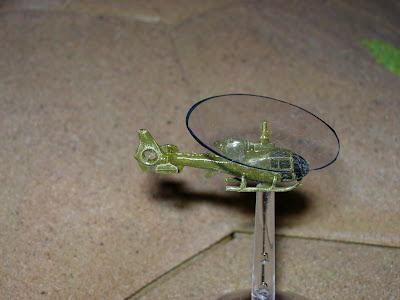 US artillery deploys to support the defence.

The Battle of Marathon 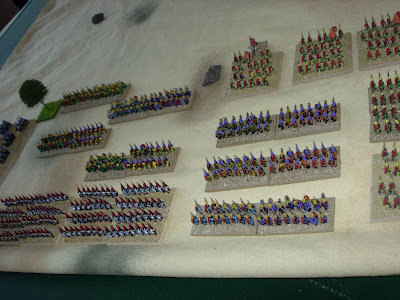 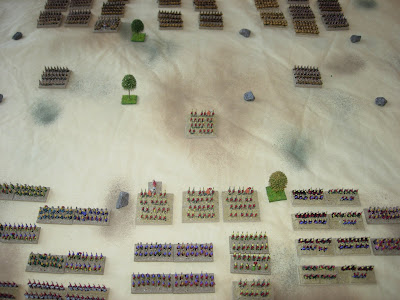 No - I'm not dead - just been rather busy with one thing and another for the past couple of months. I'll try to fill you in on recent gaming activity. In July Martin Rapier and I refought Marathon using Phil Sabin's Strategos rules and my 6mm Baccus figures. A spurt of painting activity early in the summer had increased my collection of Hoplites and doubled my Persian infantry.
I ended up commanding the Persian Army (like they needed another handicap!) and we went with the historical deployment as set out in the Strategos book. This is seen from the Persian side above.
Early Persian sucesses were swiftly reversed as the (much) better quality of the Greek infantry began to tell. Finally the survivors ran for the boats and began an apprehensive voyage home wondering how the hell to explain it all to the King of Kings. 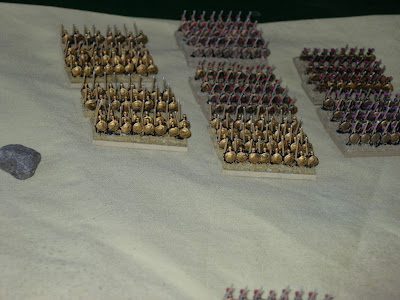 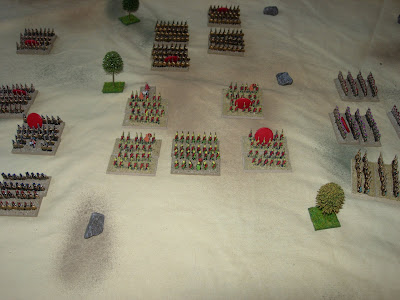