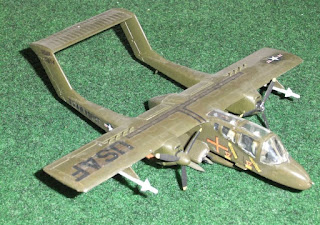 Back to the pile of dusty plastic now.  The latest to emerge is this OV-10 Bronco.  A distinctive design, it was developed for counter-insurgency use and widely employed in Vietnam.  US (Navy, Marine and Air Force) Broncos have been retired but I gather some serve on in the Philippines. 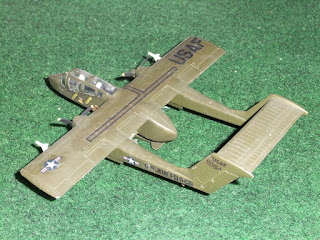 I recall briefly owning another 1/72 Bronco abut 40 years ago - it's fate is lost to history. 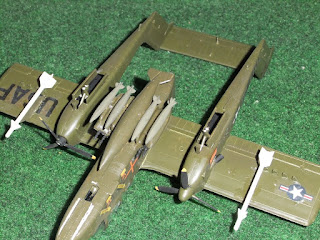 My repairs were limited to reattaching some of the explody stuff and removing the remains of the undercart.
Posted by Tim Gow at 11:19 8 comments: 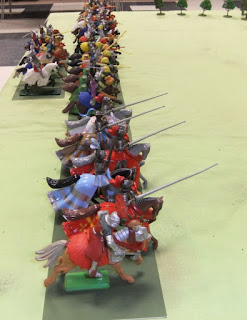 I had been gently pondering this game since a chance acquisition of some old Britains Deetail knights about three years ago.  Arguably it goes back to my visit to the Agincourt battlefield in 2010, so it might be said that this game has been seven years in planning!
All of which will have raised your expectations.  So now let me dash them by explaining the er, game. 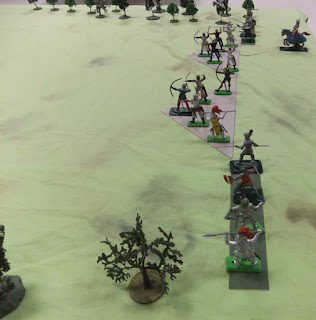 I began with a potted history of the campaign and then drew the players' attention to the field of battle. 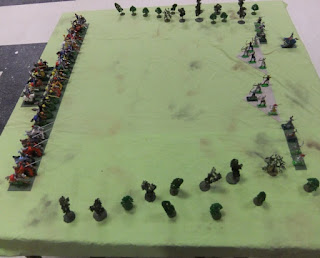 As with the original - which really hasn't changed in the intervening 600 years - my representation of the battlefield was bounded on both sides by woods and tapered towards the English end.  What my version doesn't show is that the fields were muddy and ploughed. 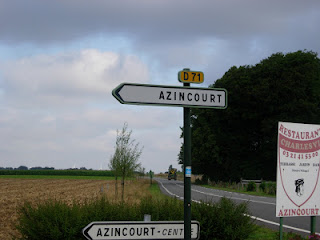 The 2010 version. Note the new spelling! 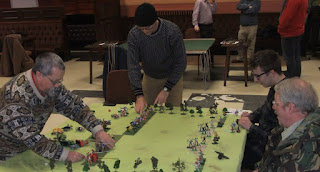 Soon the players were hard at work.  The game will also appear at COW this year, so I'll post the full details afterwards.  In short, though, the Frenchies trotted lethargically towards the English at a dice-determined rate.  Meanwhile the Bowmen of Olde England twanged their longbows.  Turns out that longbows look a lot like Britains 25-pounders... 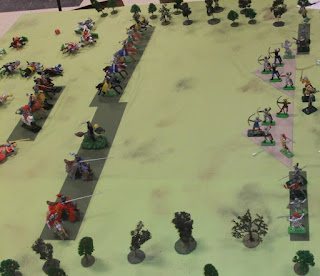 French saddles were emptied at an alarming rate. 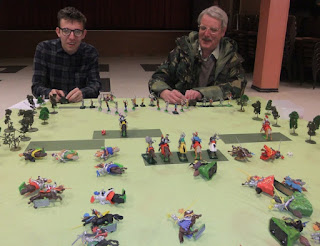 The aforementioned bowmen of Olde England - Tom and John. 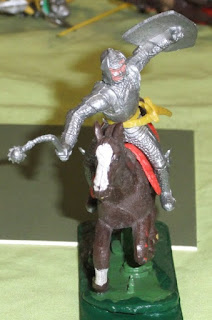 Appropriately, the knight who got furthest was this nutter.  A Timpo veteran, he looked very likely to kill his own horse! 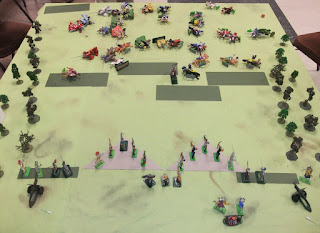 The result was predictable and as in 1415 the field was littered with the fallen.

A brace of Hinds 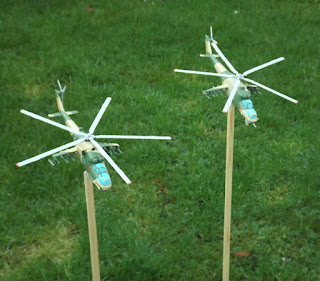 You'll remember the Esci and Airfix Mi-24 kits I was knocking together before Christmas?  I actually finished them a few weeks ago but the first opportunity to photograph them outside only arose a couple of days ago. 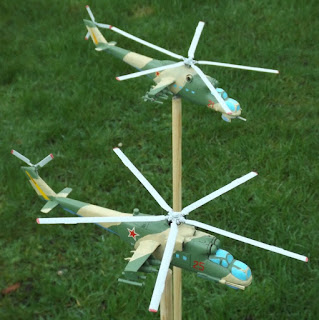 They seem to have turned out quite well.  I went for the same colour scheme on both as I expect them to appear as a pair more often then not. 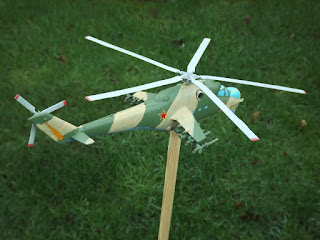 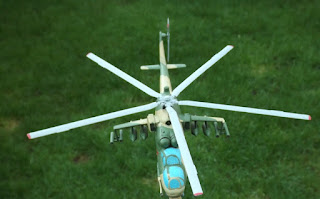 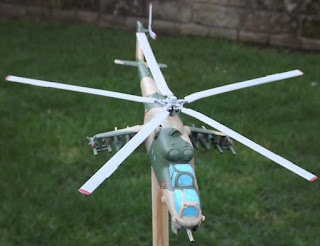 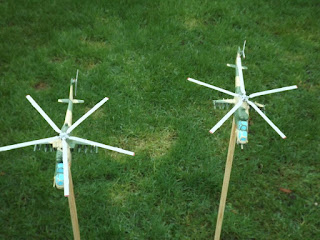 I left the main rotors removable to ease storage and transit. 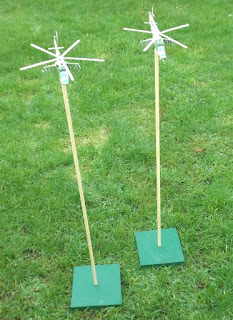 These are the 3-foot aircraft stands I built last year.
Posted by Tim Gow at 11:54 13 comments: