Back to the wide open spaces of Middle England now.  Having (at last!) played Funny Little Wars as it's author intended - outside - I can strongly recommend the practice.  Setting up the terrain was followed by a chat about toys and a pleasant lunch.  We then set about the game itself, pausing during the afternoon for tea and cake.  All jolly civilised! 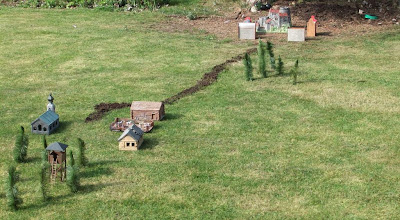 On Friday I was privileged to play FLW with the game's author, PW in his well-manicured garden.  After my arrival at noon, we set out some terrain (all from P's collection) and agreed forces.  I had taken the Forbodian Army, while mine host selected (from the many options open to him) a Boer-type force - 'Army Orange'.
King Boris had at his disposal three infantry battalions and a cavalry regiment, along with three gun batteries - 1 each of light, medium and heavy.  The Boers (who were apparently all on holiday in neighbouring Ruritania...) fielded three smaller infantry units, one of cavalry and several guns and new-fangled machine guns.
We agreed that the objectives would be to take and hold both the farm and town.

On the modelling table at the moment is this pointy beastie.  It is one of the (very cheap!) 1/72 PM kits I picked up at the Telford IPMS show late last year and I am not building it with any particular use in mind.  So far it is going together quite well, and although the parts fit is not 100%, my use of filler has been limited to the nose wheel bay - the door panels supplied just don't fit.
Posted by Tim Gow at 17:13 8 comments: 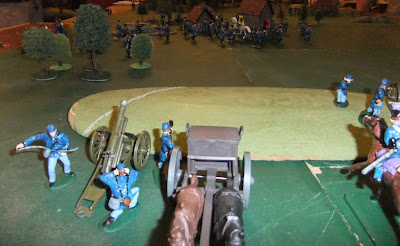 Part 2 of this encounter saw Lloyd's artillery consultant (me!) opening fire.  Sadly hits were few and far between. 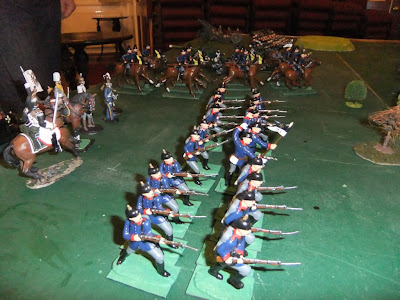 Last Wednesday night the Sheffield club was treated to another FLW game.  Played on a 12x6 foot table, Lloyd's newly painted Army Black (aided by some Forbodian gunners and staff officers) faced Martin's Vulgarians - with some staff and artillery provided by Steve, who also commanded.  Martin and I acted as 'technical advisers' to Steve and Lloyd respectively, and a number of other club members were allocated roles.

A question of scale 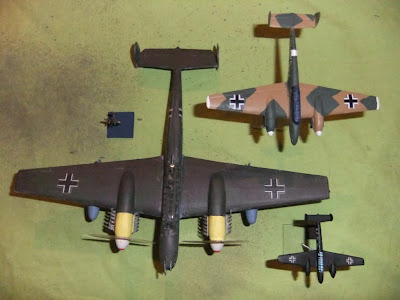 This is one of the photos I took for the new edition of Air War Games, which I thought I'd share with you. I wanted to easily demonstrate the differences between some popular scales and hit upon this. The Bf 110 is the only aircraft I have in so many scales!
Posted by Tim Gow at 14:47 15 comments: 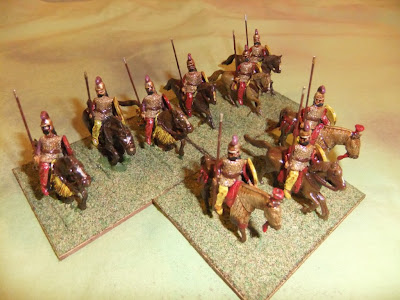 These chaps are ancient in every sense of the word!  I remember owning some of these Hinchliffe cavalrymen in the '70s and so was pleased to bag them very cheaply at a recent show.  The horses were sourced from the large box of equine lead which I rescued from JR's attic last year and include castings from several manufacturers, including Hinchliffe, Essex and Warrior.  Spears were cut from florist's wire.  All have been 'treated' to my usual basic paintwork with a finishing coat of Ronseal.  The bases are 8x6cm MDF. 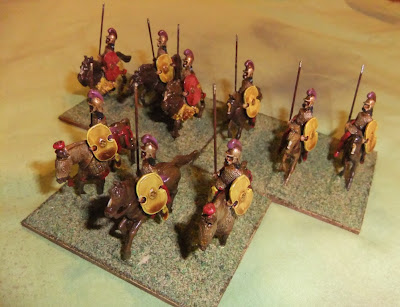 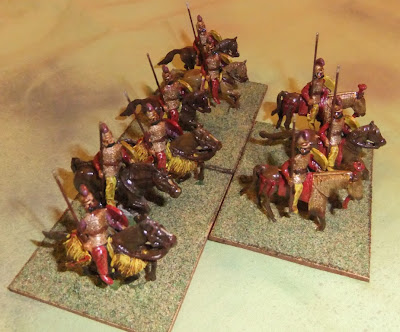