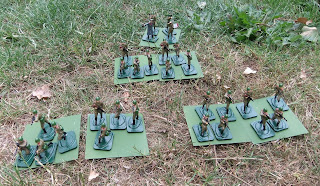 Hot off the production line is this battalion of Cold War Warpact infantry.  These are mostly the 1970s Airfix 'Modern' Russians with some Esci figures and a couple from a cheap Chinese set of WW2 Sovs. 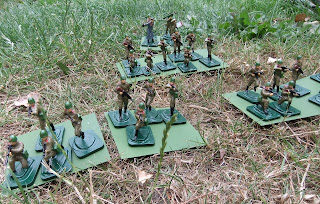 As their first outing will be as 1973 Syrians it is fitting that they are photographed on my sun-scorched and desert-like lawn. 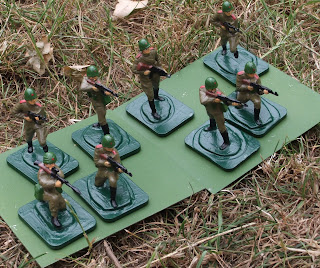 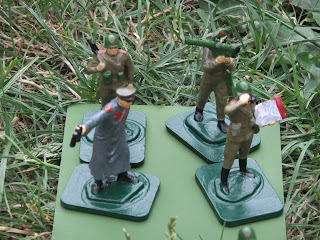 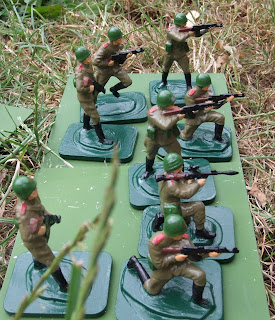 Two weeks have whizzed by since COW and what a splendid weekend it was!
I ran two games - on Friday night my suddenly again topical 'Out on a Limb' about UN Arms Inspectors which was originally seen in 2003.


I then played in John Curry's 'Target for Tonight' as the navigator (god help us) in a Lancaster which zigzagged it's way across Europe before missing the target with a huge bomb.  I still say we must have destroyed something...

On Saturday morning I was lured into playing Tom Mouat's game which had originally been prepared for a certain unit of the British armed forces.  The Brits were trying to extract their nationals from an entirely fictional port city while wicked terrorists got in the way.  I, of course, was a terrorist...


In the afternoon I ran my Somme game - as seen previously here and here.  More on this in a later post.
Having roasted under a baking sun during the lawn game, dinner was preceded by a brief nap and a shower.  No photos of that you'll be pleased to hear!

After dinner I enjoyed John Curry's 'Random tales from professional wargaming'.  Somewhat to my surprise, I merited a mention!
This was followed by Jim Roche's singalong session.
Sunday morning saw John Armatys and I running the Ideas Exchange session which as usual threw up several useful ideas.
Then it was off to Bob Cordery's very informative talk on self-publishing before packing the car and chairing the WD AGM.

As has been the case for many years, there were at least six sessions I wanted to attend but couldn't.  I blame whatever bungling oaf arranges the timetable....
Posted by Tim Gow at 17:44 6 comments: 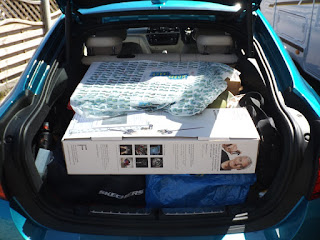 The tottering pile of junk which featured in the previous post has now all been stuffed into the car.  Now all that remains is to climb aboard and head south this afternoon.  It's currently 23 degrees C here and forecast to be 27 C at Knuston by late afternoon so the climate control will be getting a good workout! 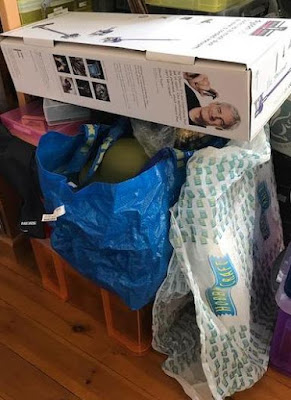 Packing for COW is now well underway, with the Somme game taking up a surprising amount of space!  And no, the box at the top doesn't herald a new fastidiousness - it contains some of my bodged 1/32 trenches....