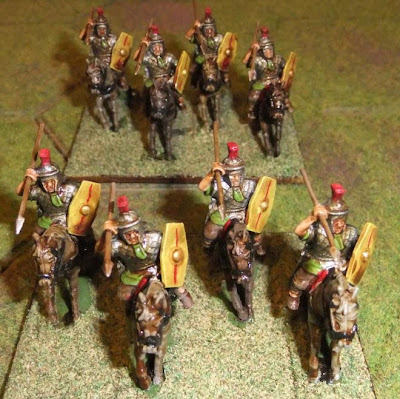 Fresh from the painting table are these veterans (they're at least 30 years old).  The troopers are 1970s Minifigs with separate shields and spears but I cant confirm the maker of the nags.  I simply found what would fit the riders and then rummaged through my boxes until I had eight of the same model.  I remember having some similar figures back in the WRG 5th edition days, so painting these chaps was a bit of a nostalgia trip. 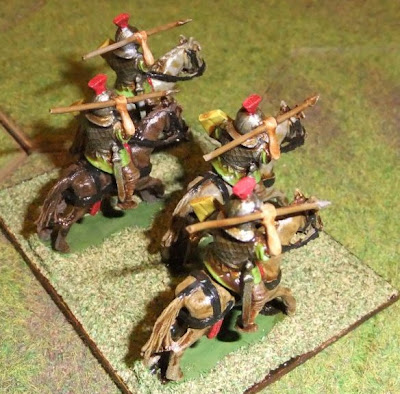 There haven't been any photos of 1/144 scale aircraft here for a while, so now seems as good a time as any to address this.  While painting my three MIG-21s silver.  And more silver.  And yet more silver (well you get the idea...), I also turned my attention to a couple of 144 scale kits which I'd built some time (over a year) ago.  Indeed you may have noticed them skulking under the MIGs in my earlier post.
The first candidate for the treatment was this P-51 Mustang built, as far as I can remember, from the old Revell kit.
Posted by Tim Gow at 17:19 12 comments:

The Battle of Mazaros River, 410 BC

I really must write up games much sooner after the event.  I ran this game on the 16th of November and can barely remember what happened!  As usual though, I'll do my best to caption the photos and let them tell the story.
This is one of the 'unofficial' Command & Colours scenarios (written by Jim Duncan) which has been posted on their website, and I chose it as I knew I had the required toys.  Basically a scrap between two city states on Sicily Selinus and Segesta, the former (Greeks) usually got the best of such encounters.  Unknown to them, however, the Elymians of Segesta have enlisted Carthaginian help - in the shape of a 6,000-strong army!  Steve and Harvey led the Segestians while John donned his hoplite outfit.
Historically a Cathaginian victory, this time the Greeks won the day.  John will tell you it was pure skill, but there were some damn lucky dice involved!
Posted by Tim Gow at 20:36 4 comments:

Steve has now complete his church - including guttering and glazing - and had sent me more photos. 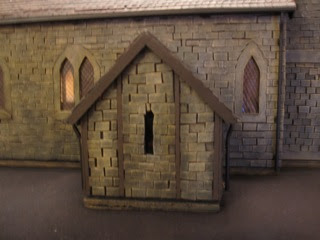 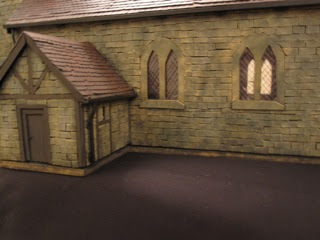 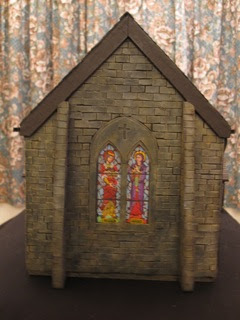 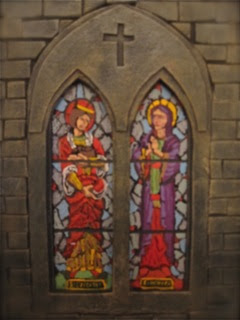 Inspired by the use of his Dad's Army figures for a few games recently, Steve is currently hard at work building a church in 28mm scale.  Here are some photos of the work in progress - interior pics will follow soon. 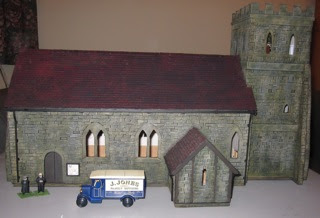 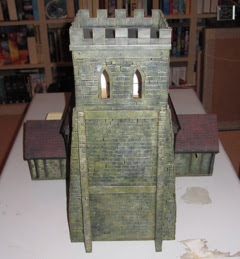 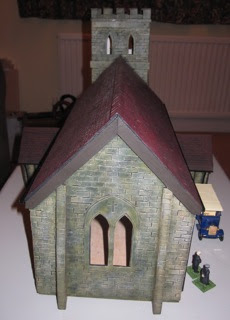 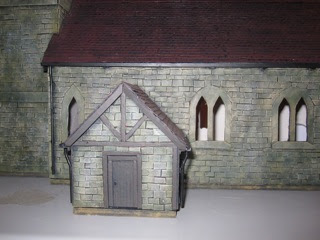 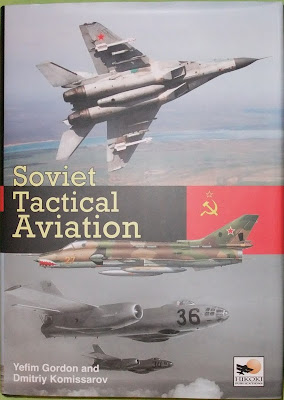 I spotted this newly-published book at the Telford IPMS show and spent much of the day agonising over it, before bowing to the inevitable and ordering a copy!  The book offers a complete and well illustrated history of Sov Tactical air power during the Cold War - from early jets and Il-10 to hi-tech stuff (which is still in service) like MIG-29 and Su-25.  If that doesn't get me churning through my backlog of 1/300 aircraft (to say nothing of more recently acquired larger scale kits) I don't know what will.
Interestingly, the same authors have also written a volume on Soviet strategic air power which is already on my 'wish list'.  We can but hope that they next turn their attention to the Soviet air defence system during the Cold War period.
Posted by Tim Gow at 10:34 6 comments:

On Sunday 13th I made the trek to the IPMS Model World show at Telford.  This is a show I'd been meaning to get to for some years, and the journey was trouble free and took less time (about 90 minutes) than I'd expected.
The show filled three hangar-sized halls.  The first was occupied largely by the competition tables and a 1:1 scale Spitfire, the other two had trade stands all round the walls and IPMS branch displays in the centre.  I managed to make a complete initial circut of both trade halls without any money changing hands - no mean feat considering the vast array of kits and books on display!  There was also a 'Kitswap' - effectively a Bring & Buy - in the first hall which I was of course unable to resist!
Posted by Tim Gow at 12:29 12 comments:

Looking through some of the Command & Colours scenarios recently it became clear that I needed several lengths of palisade.  A rummage in the terrain boxes yielded two resin cast items of considerable vintage - I think I've had them since the '80s.  As I appeared to need about 6 pieces it was out with that trusty standby - balsa wood!
I marked out some 10cm widths and with a ballpoint pen and a ruler marked out individual 'stakes' before cutting to size and basing.  For such a quick job they've not turned out badly.

Following an email exchange about the splendid Rose Miniatures Roman slave market, Rob of  Garrison Miniatures who now also owns the Rose moulds very kindly sent me some samples of his ranges.  As yet I've not had time to paint any of the figures, so for the time being here are photos of some of the 'raw' castings.  My first ever metal wargames figures (Spartan Hoplites) were Garrison products, so I've always had something of a soft spot for them.
Back in the 1970s when the other main manufacturers were Hinchliffe and Minifigs I remember that according to warped wargamer logic - because they were significantly cheaper (14p each as against 17p for the others) that Garrison were seen as slightly inferior - crazy.  Whatever your own recollections are, I can assure you that if these samples are anything to go by Garrison ought to be taken very seriously indeed.  I believe that Rob has recut the moulds and he is clearly using a high quality metal which makes these very crisp figures indeed.

The three MIG-21s are now finished, following the expenditure of no blood, little sweat and only a few tears.   But a lot of silver paint.  I'm rather pleased with the results though.  All have been finished in Soviet markings as I need Russian aircraft for the planned game.
These kits have been a pleasure to build, so expect to see further models from the rest of the small range of Tamiya 1/100 aircraft on this blog in future.  Especially as some of my other favourites are included - such as the EE Lightning and Dassault Mirage III.  Oh yes.