Our most recent Command & Colours outing afforded another opportunity to field my Hittite city walls.  As it was a siege I had to supplement them from my box of wooden blocks.  Still the ensemble looked pretty impressive. 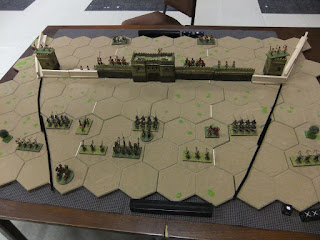 The black pipe cleaners marked the edges of the Assyrian ramp - built in order to negate the stout walls. 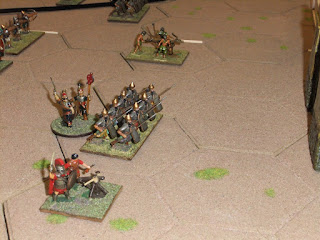 Graham and Tom led the Assyrians.  Most of the figures are actual Assyrians but the siege engines are represented by Roman artillery 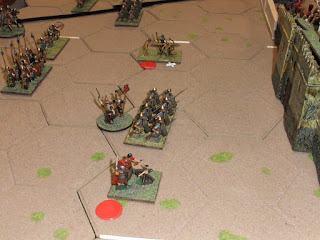 As the Assyrians blundered forward the Caananites - led by John - managed to set alight both siege engines - the rotters! 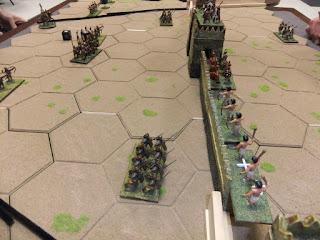 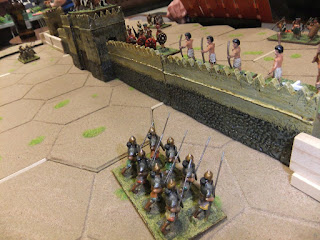 After losing the siege engines the Assyrians made several more assaults... 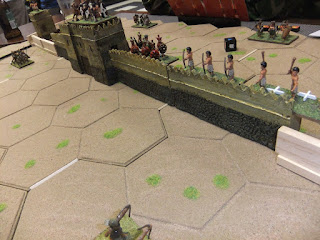 ...but the Caananites saw them all off. 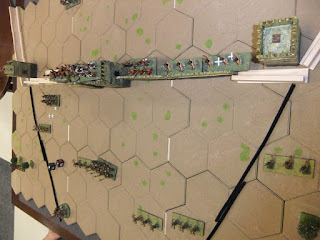 Eventually the Assyrians conceded - a walkover for the Caananites this time but I'd like to try this scenario again.
Posted by Tim Gow at 16:25 7 comments:

Leopard 2 - the truth at last


Thank you to all those who commented on my previous post.

When I was casting around to see what kits were available in 1/48 scale for my Little Cold Wars forces I did see a Leopard 2 but sadly is was the relatively recent version with the pointy turret armour.  As the LCW doesn't progress much past 1979 I wanted the early slab-sided version.  But hang on - didn't I see a kit of a tank I always think of as a Leopard 2 clone? 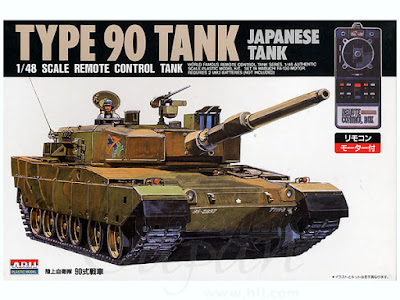 Why yes indeed.  The Type 90 may be deficient in roadwheel numbers and has several other detail differences but as my earlier photos show, when spayed green and wearing black crosses it certainly looks the part!

And that sound you can hear is the wailing and gnashing teeth of  'proper' wargamers.  Bless 'em.