Most of my painting output in the past year has been 1/32 scale figures - a trend I expect to continue.  Having the Leipzig game in late September provided some (much needed!) focus and I was able to add fair numbers of Austrians and Russians....
...together with oddities like the CTS North Koreans. 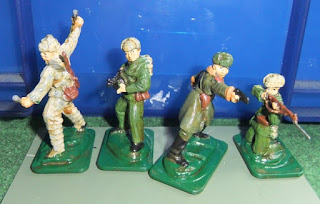 I also bought - on impulse - a collection of 18th Century figures from a follow blogger across at Portland Little Wars.  Added to the few figures I had already painted for this era these chaps give me a pair of decent-sized armies.
I also built and refurbished more 1/72 aircraft - mostly for Little Cold Wars games... 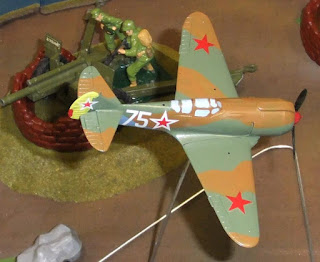 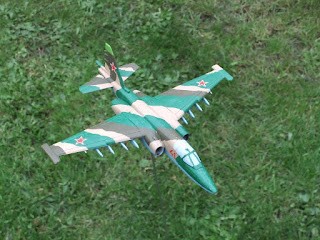 ...and the 2mm figures were revisited and tarted up for use with the new Command & Colours AWI game. 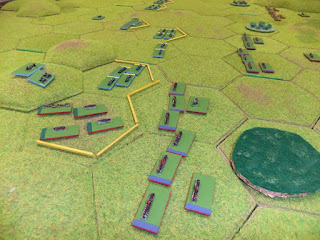 In other news, I have begun work on the follow-up to Little Cold Wars and the playtesting will drive a few games over the coming months.
Posted by Tim Gow at 11:27 4 comments: 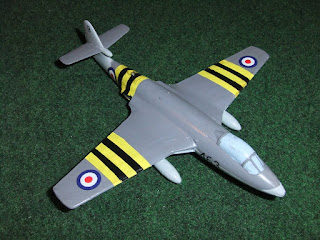 It's complete at last!  Behold the mighty Sea Hawk resplendent in it's rather striking yellow & black Suez campaign stripes. 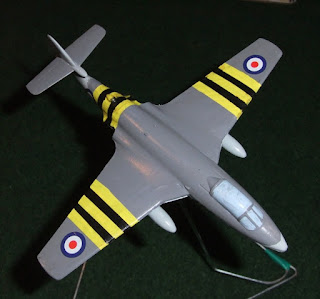 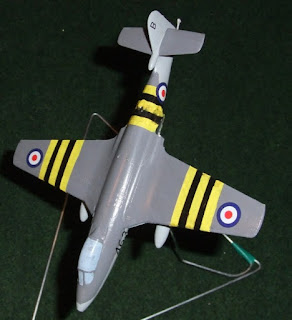 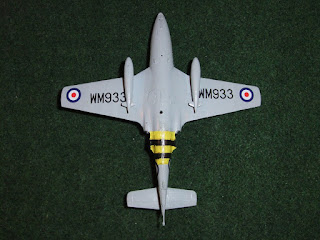 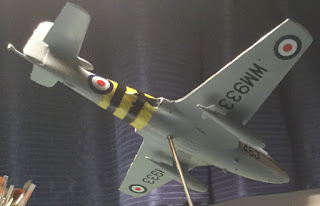 See - it even flies! 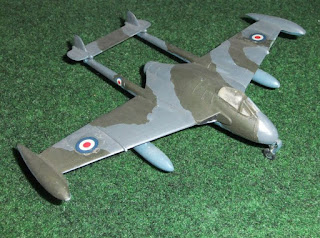 This has just clawed its way out of the Partizan ‘plane purchase pile. Of a similar era to the Canberra and Sea Hawk seen here recently I think this is a Venom rather than the earlier Vampire. I’m not sure of the kit manufacturer, though for reasons unknown I want to say Frog. I might add to the markings later as looks a bit bare. Any thoughts? 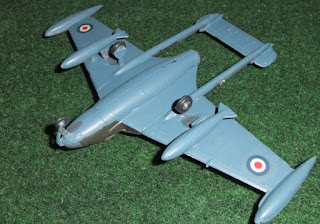 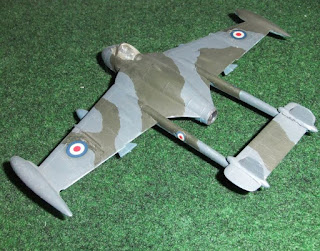 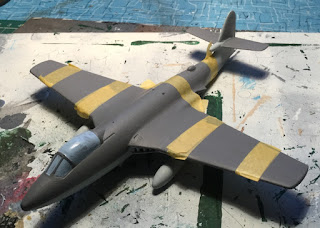 With the basic paintwork complete it's on now to the yellow and black Suez invasion stripes.  What could go wrong? 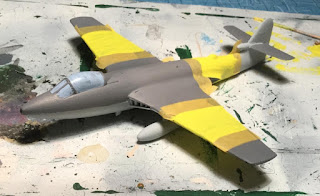 Having masked the outer border it was on with the yellow paint.  Many many coats thereof. 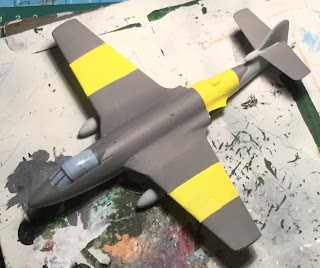 Trust me, it didn't look this good in the flesh. 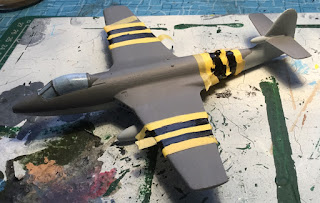 With the yellow dry more masking was applied to facilitate the black stripes.  This didn't go entirely as planned and a fair bit of touching up was required. 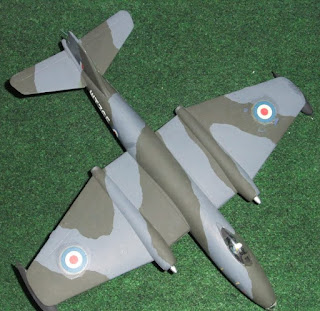 This large lump of plastic has finally clawed it's way out of the Partizan 'plane purchase pile.  I've never previously owned a Canberra in anything other than 1/300 scale but a Canberra is a thing of beauty in any scale.Which is lucky as I have another one... 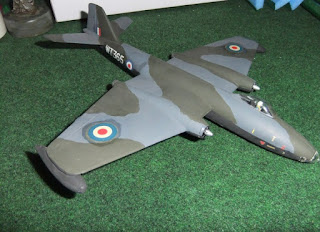 No idea what make the kit is - though I remember Frog made such a thing.  It does look a bit tatty but that rather adds to it's charm in my eyes. 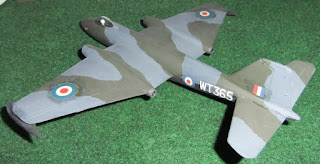 Though my recording of them has been rather haphazard, the number and variety of games played during 2017 lived up to the eclectic standards we have come to expect. 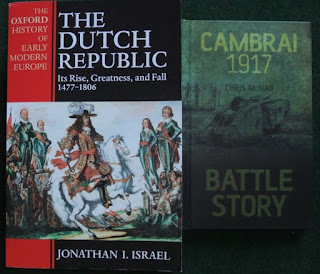 Not a bad haul this year.  The two fiction (below) I was after as I've read and enjoyed other books by this author.  The Cambrai book may relate to a battlefield visit and'or game while the rather scholarly tome will yield more information on a country I visited three times in 2017 and want to know more about. 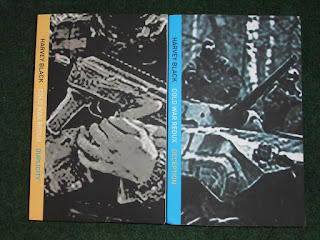