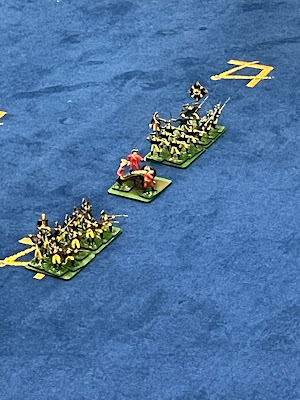 On Friday and elite band (John A, Russell, Pete & Lloyd) again joined me to push some 54mm toys around.  The small force above was commanded by Col. Bogward who was looking a bit nervous... 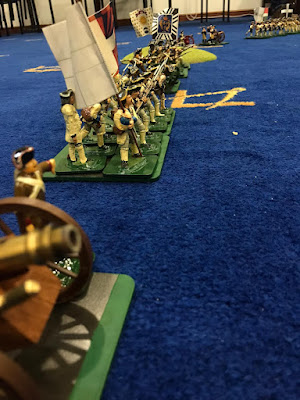 ...and no wonder, for a considerably larger force was gathering under the leadership of no less a personage then the Duc de Tartiflette. 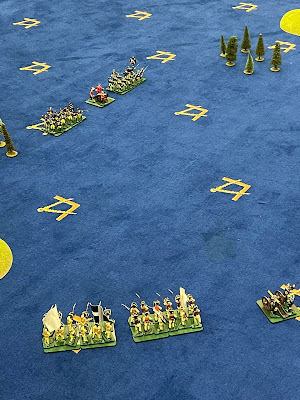 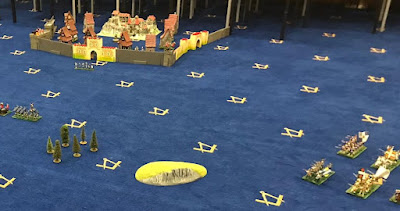 Col. Bogward's force had been sent forward by the sinister Markgraf Besenberg from his castle in the walled town of Taptonhalle. 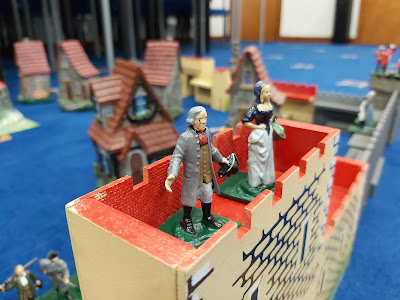 The good citizens looked on anxiously. 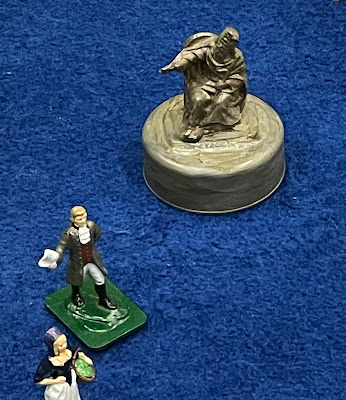 Will Col. Bogward's brave lads see off the attackers?
Has the Duc de Tartiflette remembered his siege train?
Will the good citizens of Taptonhalle notice the the statue of St. Lloyd the Dubious is only plastic?
More excitement coming soon!

I look forward to hearing the tale of the game... I hope history will be kind.

Pete
Ah, the Markgraf himself! I'm confident that the report will contain no mention of any embarrassing dice rolling failures....

Tim, In case you don't know this. Taptonhalie is controlled by Freemasons, you can see their influence all over the land, lol
Michael

MGB
I can't imagine where you get these outlandish ideas!