Our chronological totter through most of the available C&C scenarios continued on 22 August with the opening round of the Peloponnesian War - a battle between Athens and Sparta - both accompanied by allies of variable reliability.
John, Jerry and Robert led the Athenians with Martin, Alan and Tim as the Spartans. 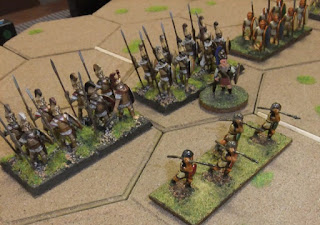 Athenian hoplites and skirmishers on their right wing 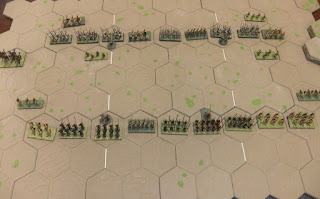 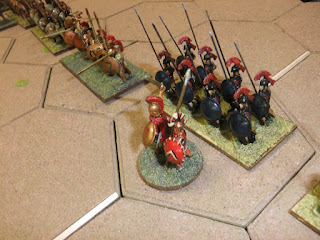 ...but three of the hoplite units on the Spartan side were actual Spartans - hard as nails!  Not these allies though. 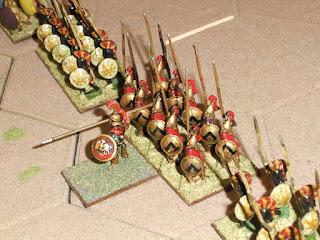 Nicodemes and the three units of Spartans.  The chaps in the middle with the bronze spears are ancient in every sense of the word.  Garrison castings, they'd already passed through several owners when I acquired them in the late 1970s.  They are the metal figures I have owned longest.  And they were only £1.00 for the ten of them...  The other Spartans are ex-JR and probably at least as old. 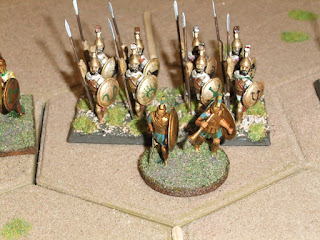 Sparta opened the batting with  a move forward, then Athens sent some skirmishers dashing forward 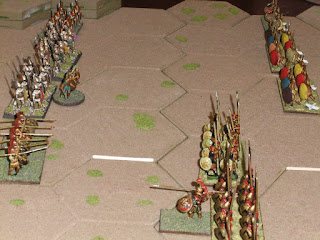 A clash in the centre looked set 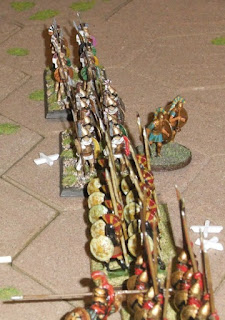 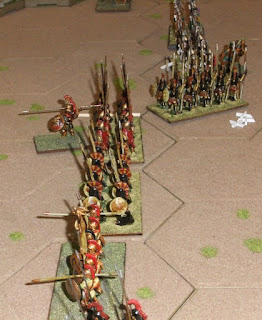 The Spartan right looked to be under threat... 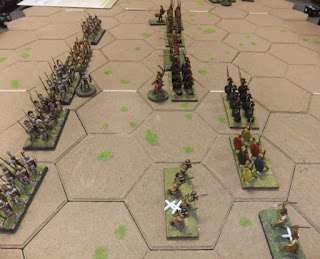 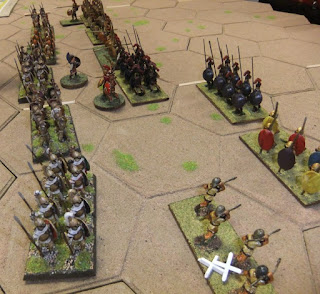 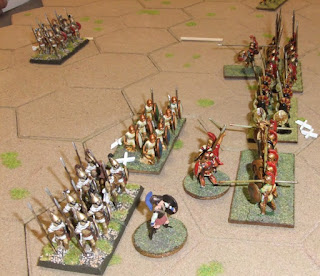 Despite many casualties the Spartan centre grimly hung on... 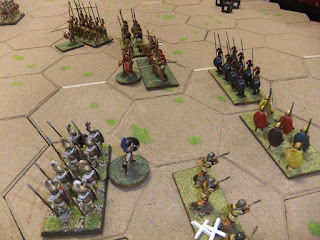 ...and saw off the opposition 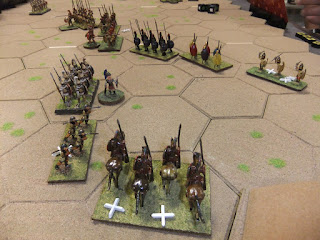 Even the rather flaky Thessalian cavalry had seen action 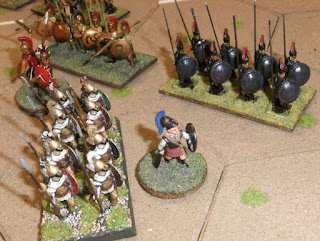 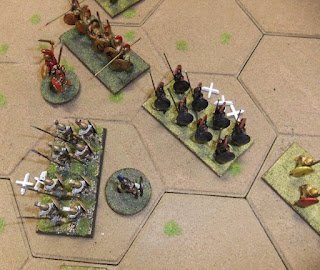 By now casualties were mounting on both sides... 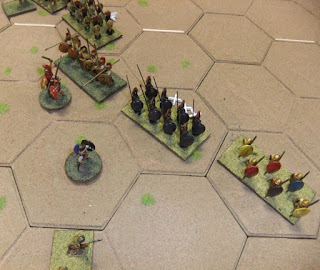 ...but in the end the Spartans clinched a hard-fought victory.  Historically both sides took heavy losses before the Spartans won the day and secured the route home.
Posted by Tim Gow at 17:48

(Pauses to grit teeth, clench weapon and stare into the middle distance with a ‘hard as nails’ demeanour....)

Roma912
Thanks - it was a very enjoyable game.

Geordie
I suspect the average age of the figures is about 45!