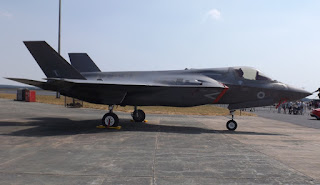 As well as 'planes in the air, Marham also had a few on the ground.  This is one of the new F-35 Lightnings. 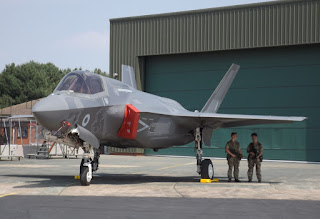 A versatile aircraft, it can apparently also be used as a sunshade.... 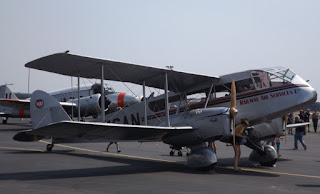 DH Dragon Rapide - it was in a similar aircraft that General Franco flew from his posting in the Canary Islands to Morocco at the start of what became the Spanish Civil War.

SA Bulldog.  I've actually flown in the civilian version of this (Beagle Pup). 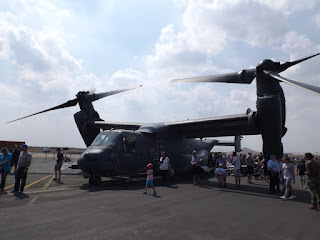 This US V-22 Osprey was a visitor from nearby RAF Lakenheath. 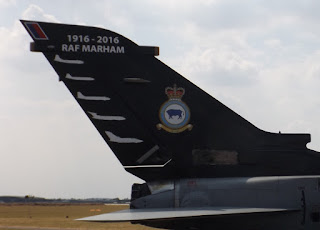 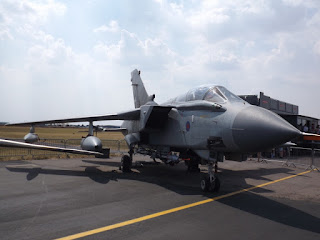 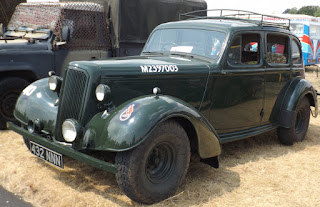 This Humber staff car was rather nice. 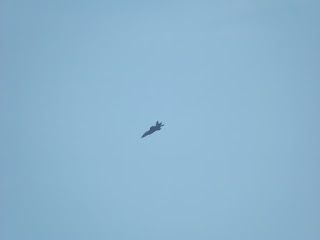 The flying display concluded with a Lightning.  After an impressively short takeoff run it was flung around the sky.  I can confirm that the noise it generates makes it a fitting successor to its namesake, the old EE Lightning.  Noise you don't just hear but feel in your guts. 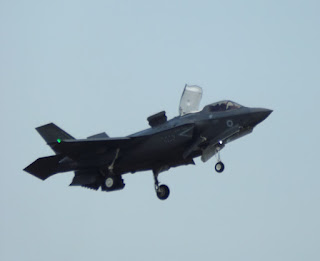 The routine included hovering and a very neat vertical landing. 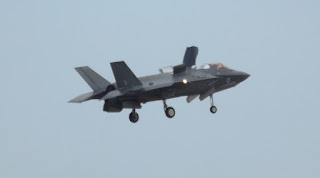 Great photos Tim: seeing the armed guards underneath the Lightning II reminds me of similar ones when they took a F117 to Mildenhall airshow for the first time, many years ago now.

The ONE SHOW is doing a behind the scenes at Marham this evening.

Pete
I remember the “Stealth Fighter” exhibit at the Lakenheath airshow in 1993. Three wheel chocks....

Bob Cordery
I know - bloody missed it! I’ll catch it on iPlayer.