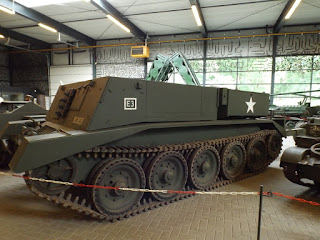 On mow to the British & Commonwealth WW2 kit.  The museum has so much stuff crammed in that it's difficult to get decent photos of some of it, but here goes.
Above - Crusader gun tug - these were used for dragging the rather weighty 17pdr.  Being an already brisk Crusader but shorn of the weight of turret and gun this was apparently quite a nippy thing. 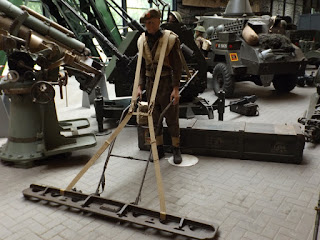 Mine detection kit - being strapped into something which has just identified a mine doesn't seem like a good idea to me! 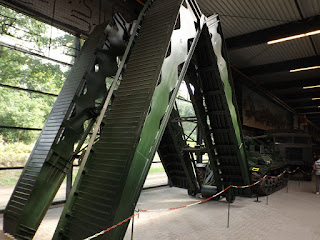 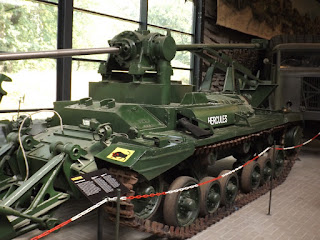 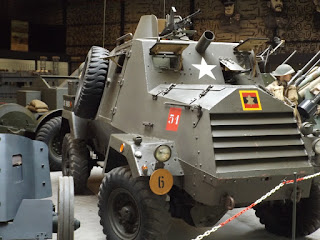 17 Pounder AT gun - being towed by the Crusader tug above. 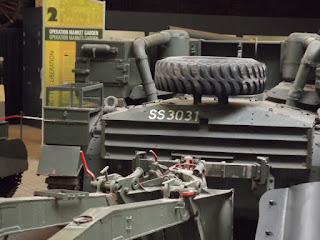 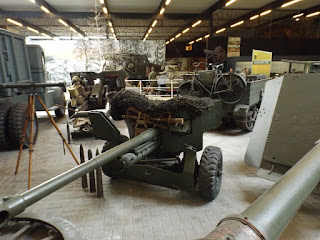 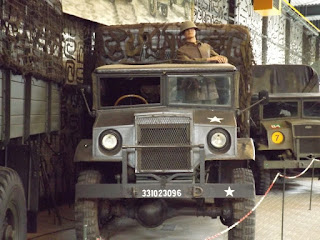 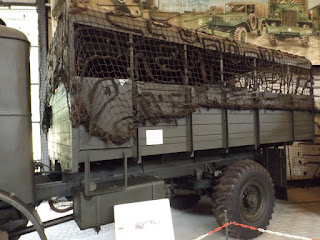 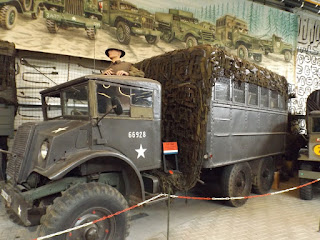 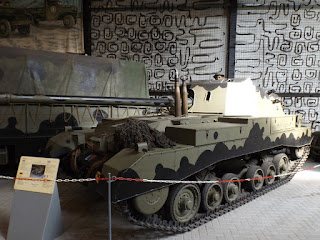 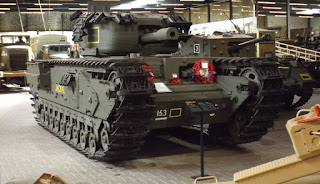 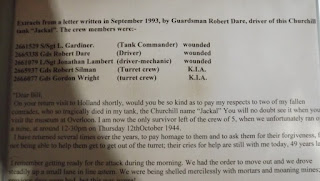 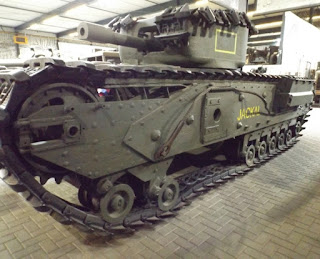 It's clearly had a rough time 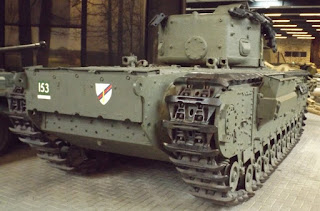 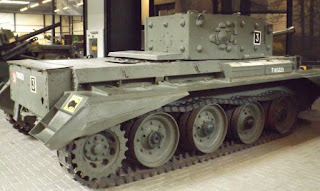 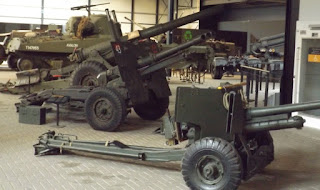 Fire at Will said...

Nice selection, never did manage to get to Overloon while I worked in the Netherlands. Maybe someday

Will McNally
Worth the trip.

Most of the AVREs had a hard time; part of the consequences of having a large calibre short-range demolition gun :-)

Are you absolutely sure that is an AVRE (despite the caption)? It seems to be armed with a 95mm rather than a 290mm....

Ah, and in some other blurb about Jackal it says it was a Mark V from the HQ troop.