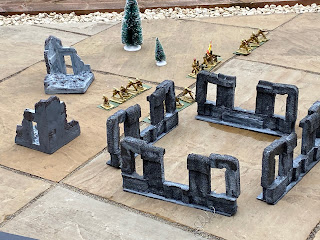 After the leaflet raid the fighting intensified.  As this wasn't a particularly residential area there were few civilians to worry about.  Above - the Moors advance on a large ruined complex.  This started off as the packaging for a laptop and was 'converted' with a bit of drybrushing. 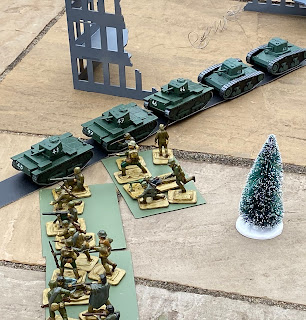 An enormous column of Russian-built tanks rolling through town.  This raised the spirits of the nearby POUM militia. 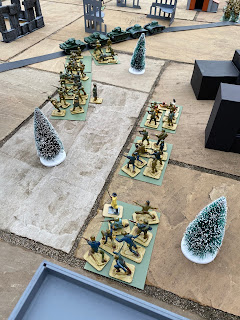 Further to the left - but not necessarily politically - the Anarchist militia continues to advance. 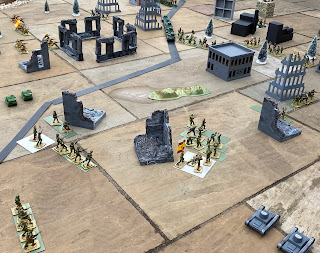 The Legion advance, still accompanied by the German tanks. 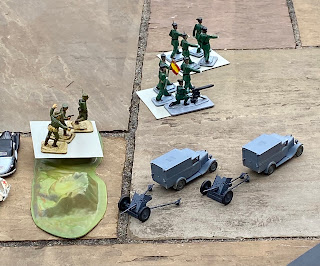 Condor Legion AT guns escorted by the Guardia Civil.  The latter (well, most of them) were the only figures in the game which hadn't started life destined for another conflict. 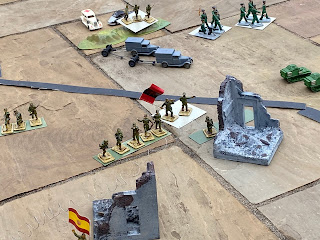 The rather battered Falangist Battalion refusing to advance further. 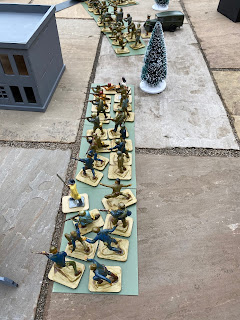 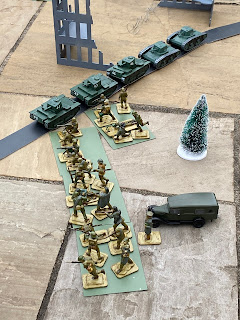 The NKVD (in closed van) arrive to 'encourage' Gorges Kopp and the comrades from the Lenin Division. 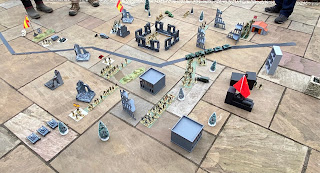 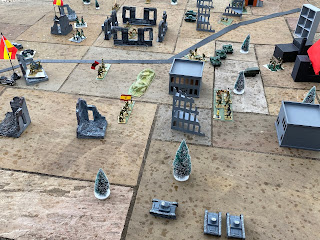 As the rain starts again, the Panzers menace the Republican flank.... 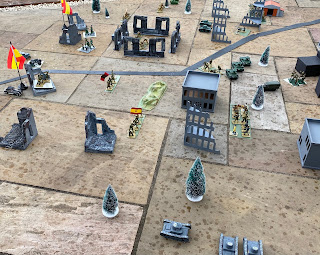 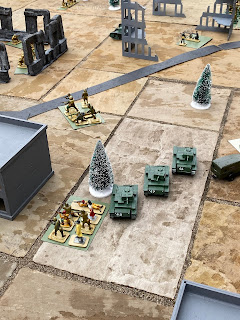 Urban decay indeed! Your terrain is wonderful and your figures really look great! I am enjoying your posts as they develop and look forward to more!

Looks great Tim. Get a real sense of scale play outdoors that even a big table and small figures can't manage indoors.