PHW ran this game a few weeks ago.  He ran the French while Pete, Russell and I were the beastly Boches, with me as Div Co.   There is a full 3-part report on the Funny Little Wars blog starting here,  so what follows is simply a selection of my own photos, along with a couple nicked from others.  I provided a few French, about half the German figures, all the German aircraft and some of the terrain items. 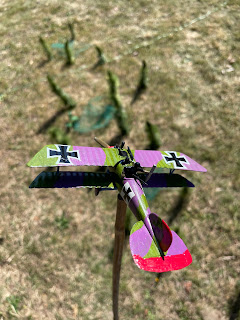 My Albadross flying a recce mission over some French artillery positions. 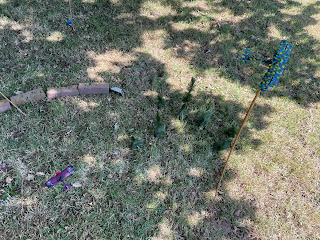 More recce - my Hannover over the front line….. 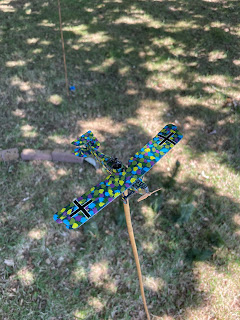 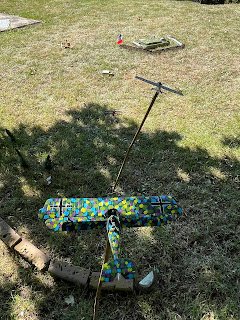 …escorted by a Fokker.  Just as well really because…. 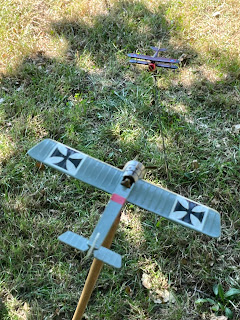 The enemy have fighters aloft. 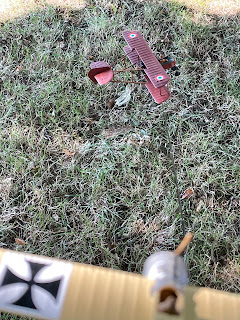 Another Fokker swoops on a French recce aircraft. A French Farman nicely bodged from a 1/48 Vickers FB. 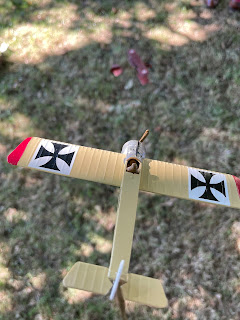 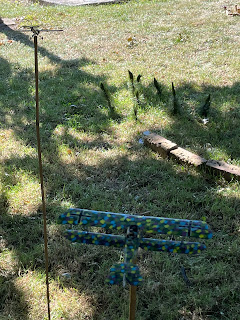 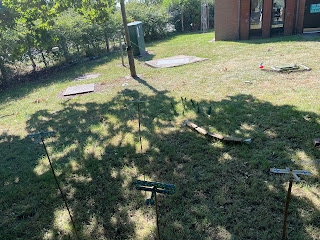 The field of battle. 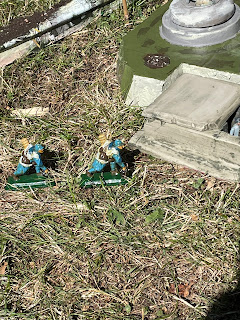 My French ‘hommes soupe’ hurry towards the fort! 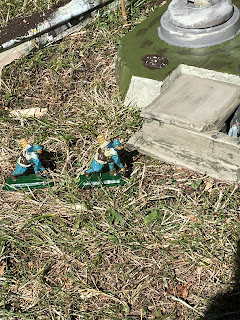 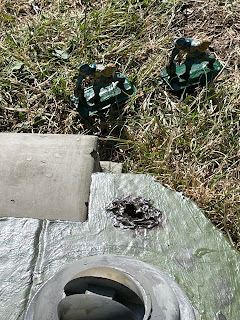 Douamont was another of PHW’s museum-quality pieces. It certainly looked the part. 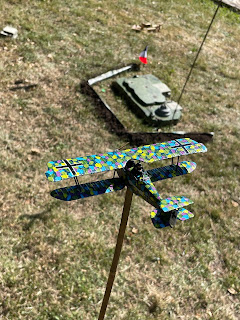 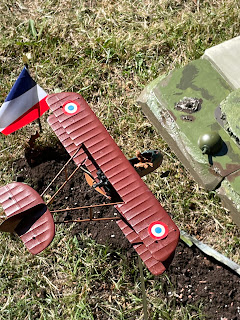 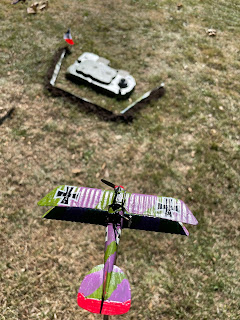 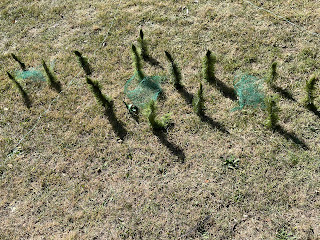 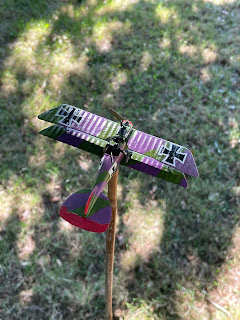 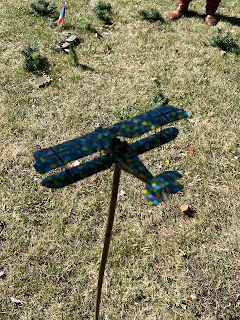 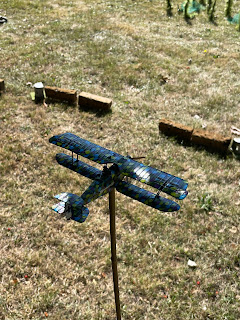 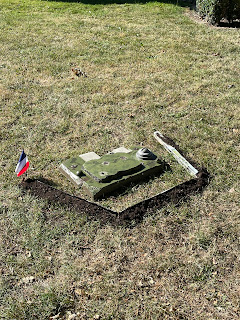 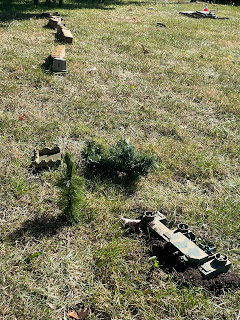 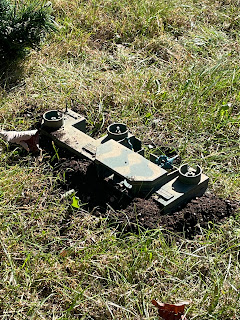 Colonel Driant’s HQ bunker - the objective of the German right wing. It fell to a flamethrower assault. Very messy. 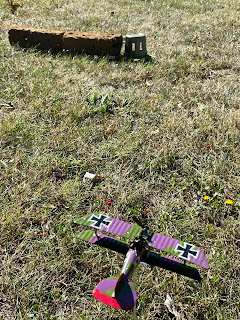 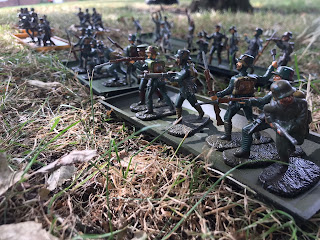 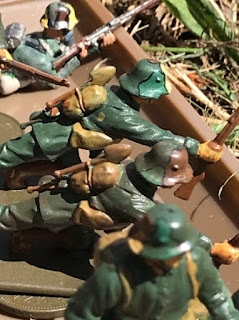 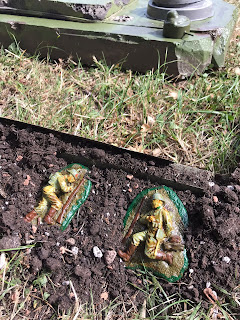 Alas the fort remained beyond our grasp.  This is as close as we got. 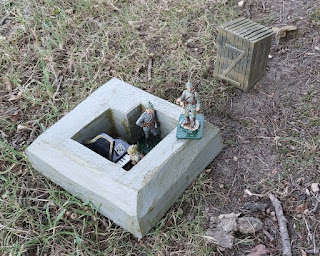 And where was the CO while all these brave little plastic chaps were at the front?  In my comfortable bunker of course, replete with grand piano and detached latrine.  It’s true what they say, war is hell.
A great day out.  Many thanks to all involved, and to John H for fetching lunch!
Posted by Tim Gow at 22:02

That looks great Tim, sorry I missed it.

That's the most elegant bunker I've ever seen Tim! Very posh! Your German planes are beautiful, especially the camouflage one! Very well done!

I love everything about this. Who or what is seated at the piano? I can't quite tell.