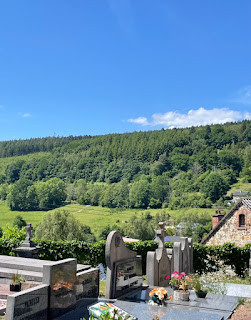 Driving south from Delft to the Belgian Ardennes we braved some quite narrow and hilly roads (for a 3-ton van) to divert to La Gleize.  There are several museums focussed on the 1944/5 campaign in this part of the world but this one is a real gem.  That it's in a nice (at least in the weather we experienced) spot is a bonus.  What it must have been like in the winter of '44 hardly bears thinking about.  Recommended if you are in the area.  The photos appear in a rather random order.  Above - the view from the adjacent churchyard. 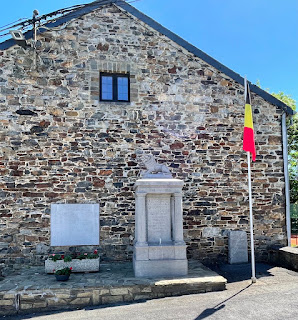 Attached to the museum is the Great War memorial. 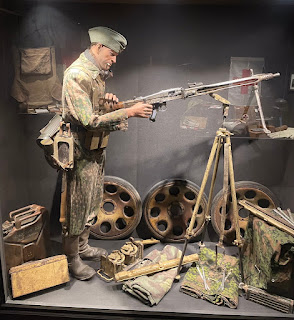 Inside there are lots of displays like this.  Most of the kit and quite a few of the uniforms were sourced locally.  Many were found in an attic and were nearly thrown out! 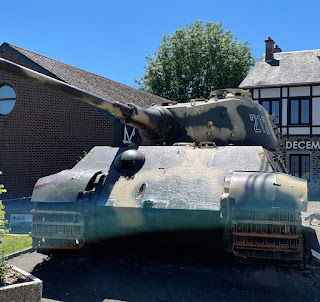 Outside.  This chap had bagged the best parking spot - but I didn't feel inclined to argue. 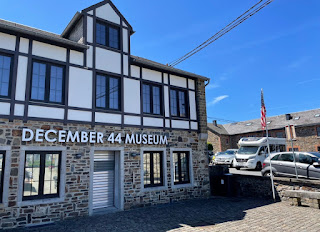 The Command Bus meanwhile was squeezed into a space in the square. 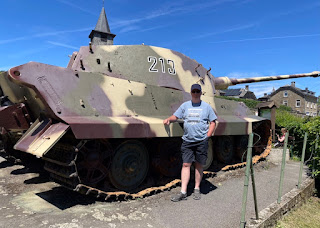 This dodgy fellow was spotted near the Tiger B. 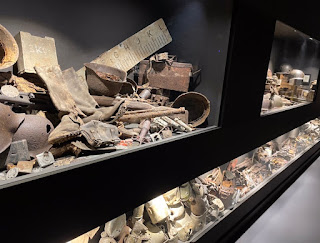 More of the vast array of stuff. 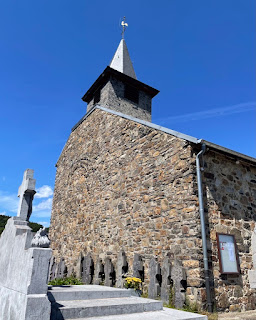 The rather lovely church. 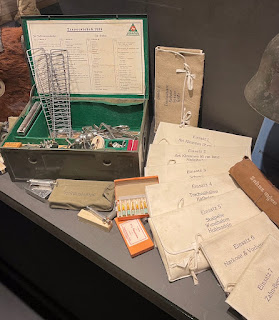 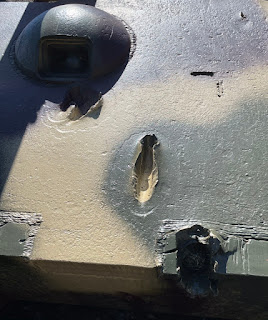 The Tiger had taken a few hits! 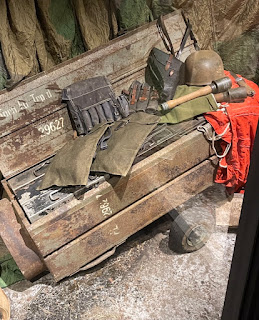 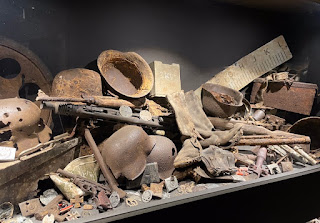 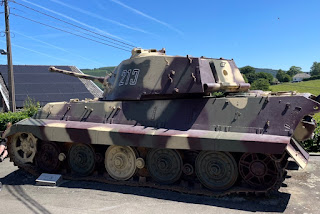 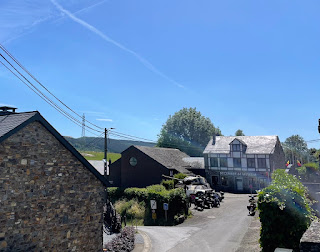 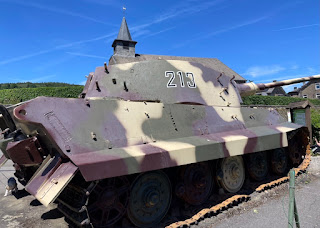 I haven’t been to the Ardennes since the early 1970s, and never saw any of the things you did. Thank you for sharing your travelblog with your readers.

Bob Cordery
This museum was only opened in 1989 and it's not exactly on the main road!

Brad DeSantis
I can well see why the German attack bogged down. Even without weather and opposition it would have been a tricky journey!