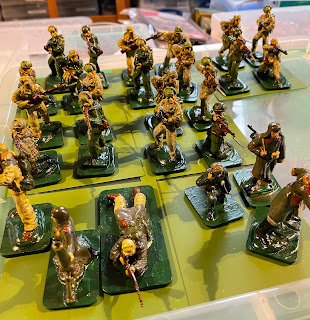 OK - confession first.  There has a been a slight* delay in posting this report - the game took place in early May!
Russell and Pete joined me for this trip to 1950 Korea - the photos were contributed by all three of us.  Above - one of the North Korean Peoples Army (NKPA) battalions - mostly made up of CTS NK figures. 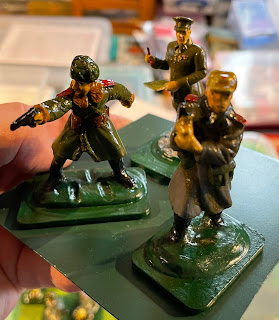 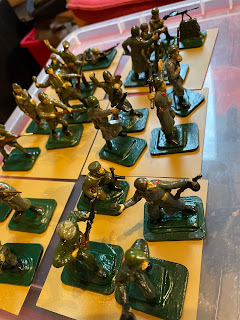 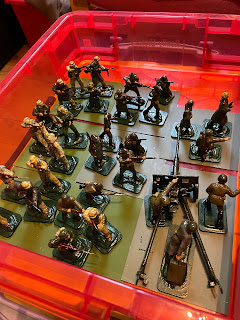 The 76mm gun battery was a Rgt level asset. 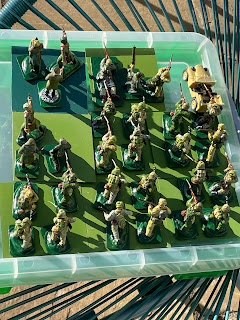 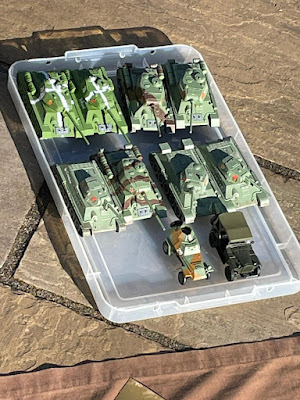 Most of the NKPA Tank Regiment - each pair of tanks represents a company.  Russell also contributed a company made up of a T-34 and a Js-2! 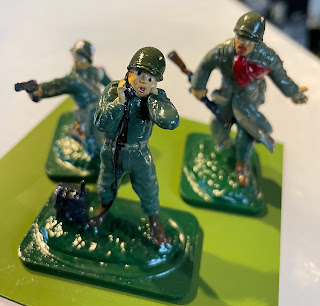 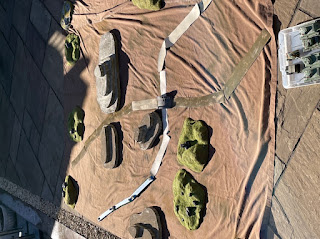 The 8x6 foot field of battle.  Mostly hilly ground bisected by a road and a small river. 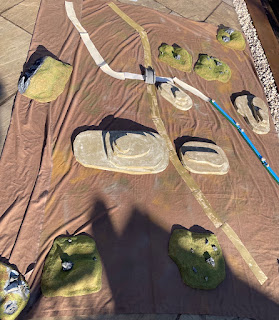 Great to see a little-gamed conflict hit the "table"!

And speaking of the "table", I also have to note, I am impressed by how many of your games take place on the floor. You've inspired me. Although, once down there, I find getting up to involve a lot more creaking and grunting than it used to, it does feel even more "toy-like" and fun.

John Y
Floors and outdoor areas have actual flanks - which makes for a very different game experience. This was played outdoors on a relatively small area but at no time did the troop density (with the equivalent of 2 brigades in the field) feel excessive. On a hard surface try using a garden kneeling mat to save your knees!

History hangs in the balance

Geordie
It's not much of a balance - there are an awful lot of NKPA soldiers!

This one was great- whilst there was some luck early on against the armour it did get a bit hairy at some stages.

I do enjoy viewing these games, and how they develop. Thanks for uploading.
Michael

Pete
The US were outnumbered about 5:1 so it was no picnic!

MGB
Thanks - I see no reason why you should be spared these horrors!