Shopping from the Paris show

I mentioned earlier that there had been some retail incidents last weekend - here are some of the highlights.

I’ll start with my final purchase of the day - a shoe box full of 100+ mostly medieval figures.  Makers are mainly Starlux with a few Clairet, Mokarex and a couple of Elastolin. The (Mokarex) chap above is one of my favourites - clearly a well-balanced individual. 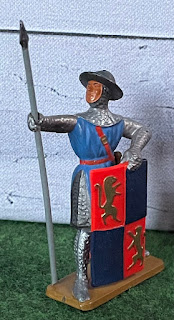 There are at least three of this fine Starlux pose. 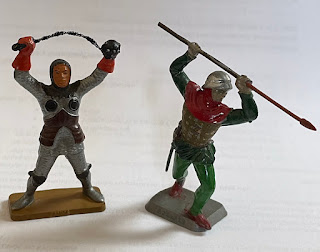 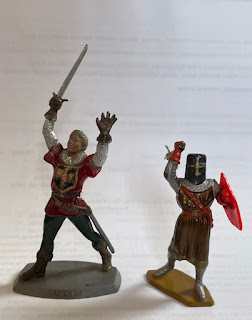 On the right, a dismounted knight by Starlux, while the Mokarex figure at left is none other than Ivanhoe. 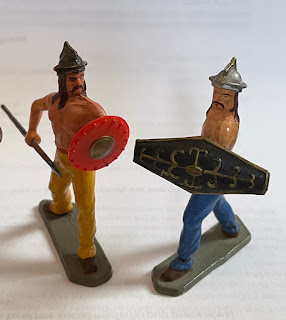 As you’d hope from a French maker, the Starlux Gauls are a delight. I wasn’t looking for any but I can’t bear to part with them! 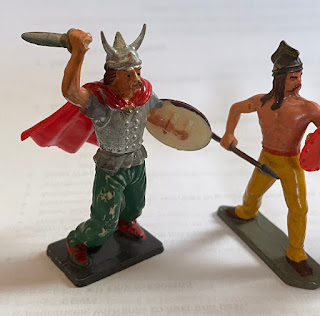 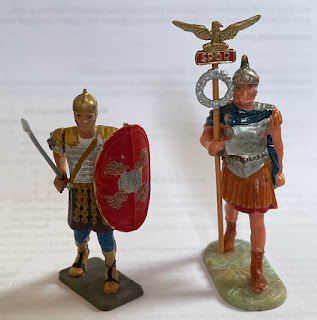 Of course, where you have Gauls you need some Romans to fight them. The small batch of Starlux was accompanied by the imposing Elastolin eagle bearer. 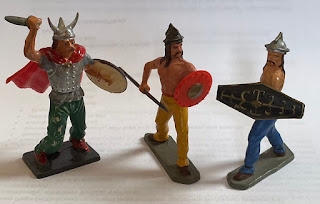 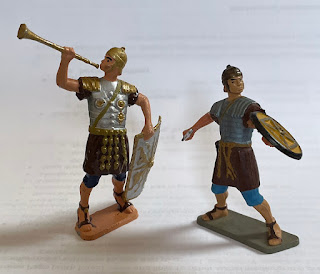 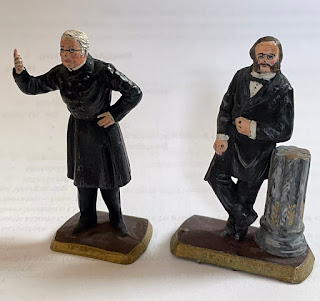 Civilian figures are always handy. This pair from Mokarex - Thiers and Offenbach - have already been nicely painted. The cheapest figures of the day, they owe me only €1 for the two! 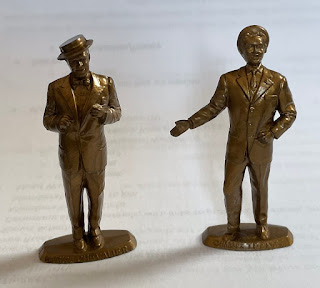 I also scored a box of more Mokarex civilian figures - mostly 20th Century celebrities. Here are Maurice Chevalier and Charles Trenet. The box contained many duplicates (triplicates indeed) and will be shared with a couple of friends. 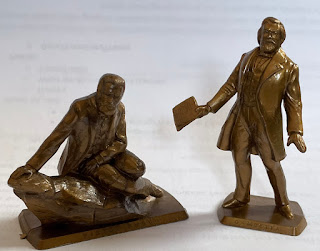 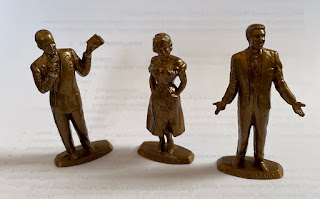 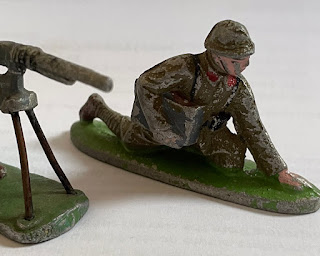 Finally a change from plastic to lead. EDIT 04/04/22. These last chaps are actually French-made aluminium figures by Quiralu.  Which explains why they don’t  ‘sound’ like lead 🤭 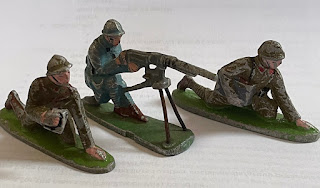 This trio of Great War French are in desperate need of a repaint but they’re lovely old figures for a reasonable €5 each. 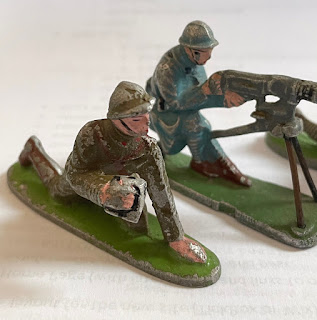 Fantastic figures, particularly the medieval ones.

You can never have enough divers civilian types. Those WW1 French look very collectable. (Trying not to look at the Medievals, strict policy not to be tempted, I've got enough....... damn it, I do like that Ivanhoe figure.)
Michael

Great purchases Tim! It is amazing how good the Starlux figures look for being relatively affordable plastic toy soldiers! The Gauls are especially well done.

What great looking figures! Thank you for sharing a glimpse of them.

What an excellent haul!

What a great haul Tim, I particularly like Ivanhoe and the various "great thinkers".

Maudlin Jack Tar
I wasn’t looking for more medieval figures - but how could I resist?

MGB
If you’ll be at the Plastic Warrior show in May I’ll give you some of my spares.

Brad DeSantis
I had no plans to buy any Gauls - but they are a delight. I’d better design a game to use them!

Uncle Brian
You’re most welcome - glad you enjoyed the post.

Martin Rapier
I’m sure they’ll all appear in games - but not necessarily all at once!

Tim, thank you for that very kind offer, unfortunately, funds and other issues limit my long distance travelling. Shame really, I occasionally used to have a drink in the Admiral Nelson, Witton, when still at school in the 1970s! That pub has hardly changed, otherwise I would get totally lost with the new buildings and roads. But thanks again!
Michael

The Medieval Morris Dancer is a splendid fellow with his red tights isn't he?

That Mokarex Medieval figure is amazing. He looks like the kind of chap who will "Leroy Jenkins" every time he appears on the table. The French machine gunner in blue is such a great figure even without a repaint. Excellent finds!

Chris Kemp
So he dresses flamboyantly and can’t be trusted with anything sharp? I shall call him “Chris….”

John Y
I had to Google Leroy Jenkins! And while I like to preserve original paintwork, the metal figures have so little left that a full repaint is required.