Following a torrent* of requests for more information on the toys used in the Petrograd Nights game, here it is. 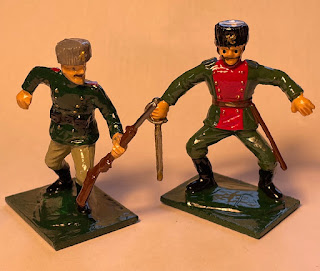 First up - the Tsarists. I used my Charbens recast Russian guards. Their eccentric poses are always a joy to behold! 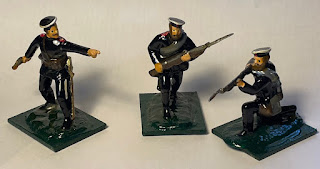 Two regiments of sailors were potentially available - all Armies in Plastic WW1 Russians. 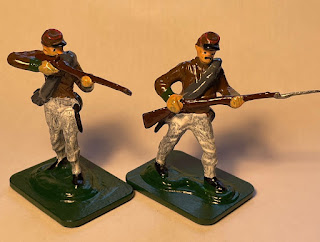 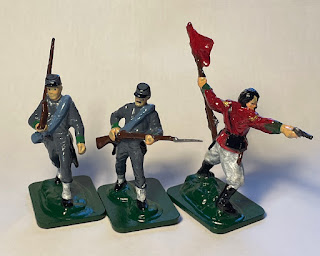 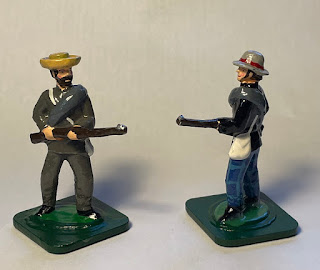 The conservatives were clearly a wealthy faction as they had the only metal toys in the game. I picked these guys up already painted on eBay last year - I think they may have originally been Boers. Their previous outing was the rather less classy business of fighting for the Commune in 1871 Paris last year. 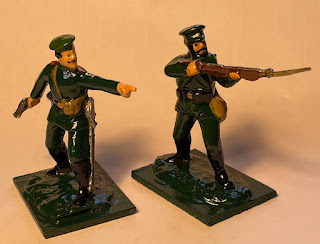 The Liberals. More AIP WW1 Russians, this time in dark green.  They don’t look all that liberal to me. 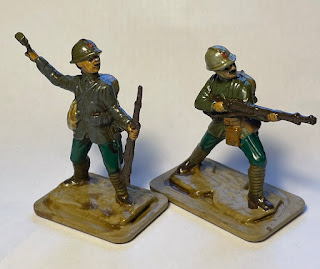 The last photos are all of the Social Democrats. These were all from my Spanish Civil War militia box and were a real mixed bag, from several manufacturers. This pair are AIP WW1 figures. That on the left is a German with a head swap. 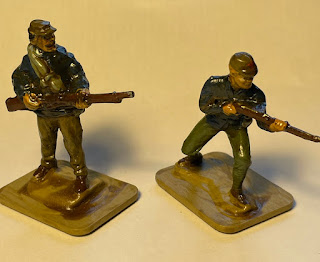 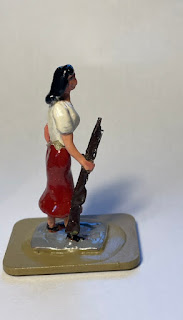 And finally - none other then the legend that is known to my regular players as ‘Sophia Loren’.  As seen last year in 1871 Paris and 1936 Madrid. She’s a scratchbuild (not by me) largely made of filler. 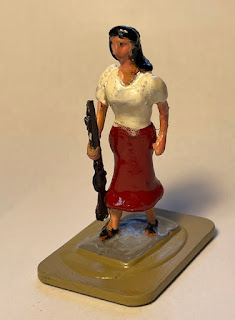 Excellent figures Tim with a multitude of uses in different time periods! But "Sophia Loren" is the best by far!

All of those are really nice.

Tim, One feature I like about 54mm toy soldiers is that they are to be used and enjoyed as the imagination takes you. The Charbens and Cherilea WW2 Russians/Cossacks come under a lot of flak on some toy soldier forums. I think they look great! And you have done a nice paint job on them too.
Michael

I suspect that the Sophia figure has now fought in more battles than any other of your 54mm figures.

Brad DeSantis
Plumbing new depths of inaccuracy but who cares?

Pete
Thanks - always nice to get the toys out!

MGB
Thanks - figures with 'personality' are always good to have, even (or especially) if they offend the purists!