I’ve made reference in posts to several of the Blandford series of books over the years.  I have mine gathered in one shelf within easy reach of my painting table.  Here are all 43 of them, inevitably sharing space with various terrain bits and a few figures, including a 1/32 gorilla.  Don’t ask.

I used to have rather more but I’ve hung on only to the military(ish) stuff.  I gave the car and rail related books to a local RMBI care home which particularly wanted books on these subjects for a couple of residents.
To save your eyes I also photographed the books in batches.  Let me know in a comment if you’d like to see more of any particular volume. All but three are hardbacks and I don’t think more than half a dozen were bought new. 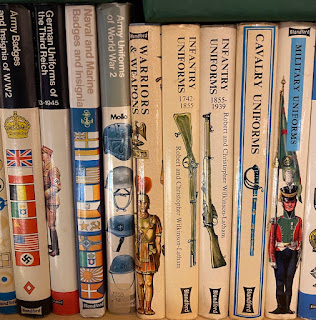 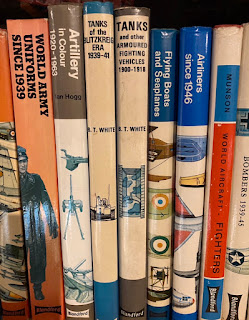 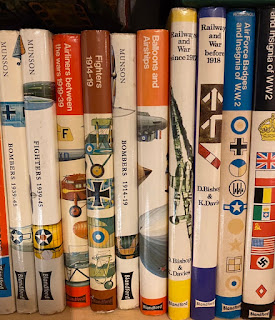 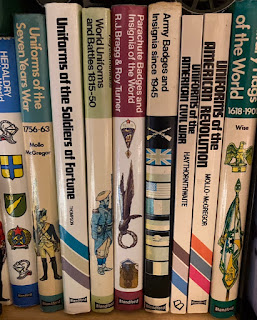 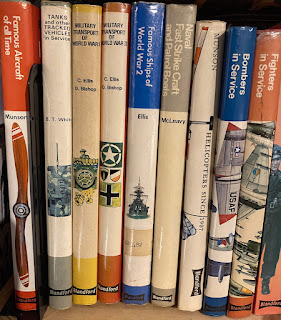 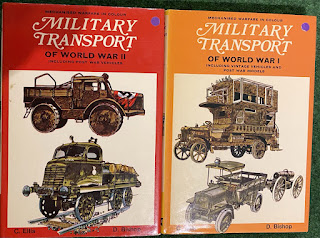 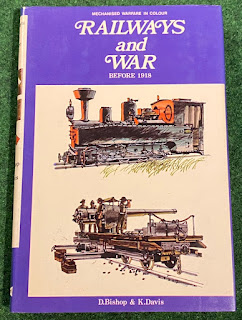 As to picking a favourite, that’s always going to be tricky.  This one, however, is a particularly well-thumbed tome, containing as it does all manner of outlandish stuff! 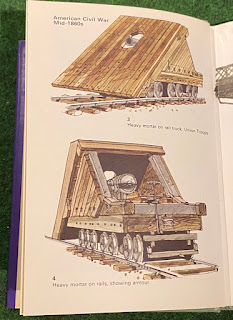 I mean, what sort of maniac would build anything like this?
Posted by Tim Gow at 07:37

I love "The Thunder Box" Tim! You did a great job creating that model! Any other pictures from that book would be appreciated!

Cracking books , they have stood the test of time !

I was using one of mine today. They certainly helped get me into doing wargaming "right".

These kinds of idiots! Scroll down;

(Sorry I posted this comment on the wrong article and can't find it! Delete)

I have a lot of Blandfords as well. Always useful and inspiring to look through...

An enviable reference section- I have a few myself.

Wonderful to see these old favourites, full of information and inspiration, a bit like ourselves?
I have had many on and off over the years, many succumbed to house moves and downsizing.

That's a great looking collection, Tim. I saw a couple of intriguing titles there that I'm now off to search the web for.