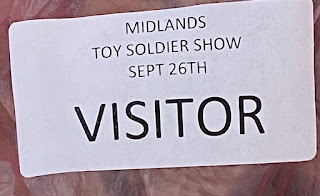 I’m not long back from this show - my first in two years!  Because of 1. COVID, 2. A change of venue, and 3. Fuel shortages caused by idiotic panic-buying, I had expected a quieter day than the old Birmingham show. And indeed it was. I’ve no idea what the door numbers were (or indeed used to be) but I know that at least a couple of expected traders didn’t show.

Anyway, on to the good news. I had trouble free journeys in both directions - it’s about 70 miles and took 1hr 20 each way. Parking was easy - plenty of it just across the street and free. The lack of crowds made it easier to browse and allowed more opportunities to chat to traders - notably Patrick, Steve and Fred.

So a nice morning out at a show which I hope survives and is better attended next year. 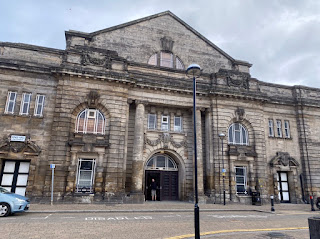 The rather striking venue. 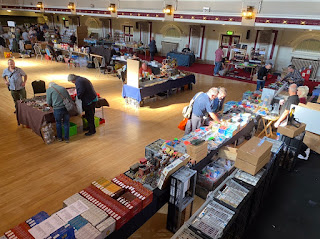 A decent sized hall which could easily have accommodated a few more traders.

‘Enough!’ I hear you cry. ‘What did you buy?’  Among other things some painted metal figures.  This rather charming box of French owes me less than £20! 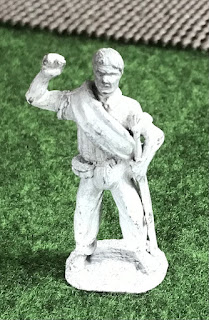 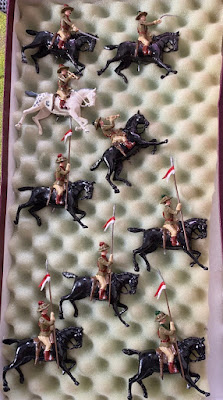 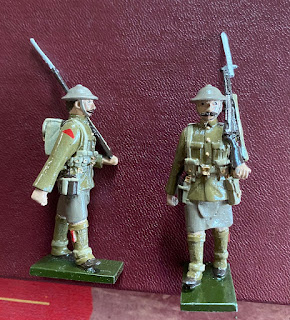 I had a long chat with Patrick from the British Toy Soldier Co. Among his stock were some figures from deleted sets including these lovely Great War Scottish infantry for £5 each.
Posted by Tim Gow at 15:35

OOOOhhhh! Looks like you had an excellent day and sorry I couldn't make it myself.

Simon
Next year then?

Looks like a great show in a beautiful venue Tim! The two sets you purchased are real treasures! I look forward to seeing them in future games!

Those French were a superb buy. They would have been a bargain at £4 each on eBay. Love those castings of Australian Imperial horse. That armed civilian figure will be useful too. Some lovely stuff!
Michael

I really meant to come to this as it's only an hours drive away but had to think of the pennies unfortunately.

Brad DeSantis
I have an outline plan for a game involving at least some of the French.

MGB
Thanks. While there were some stiff price tags for the collectors’ market, there was much to attract the cheapskate war gamer!

Martin Rapier
I have them on the table in front of me as I type. Lovely!

David Wood
As it was my first show in two years I felt entitled to a bit of a spend!