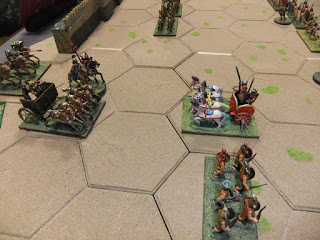 We return to Troy now just in time for a clash of the big stupid chariots.  The Greek one soon expired. 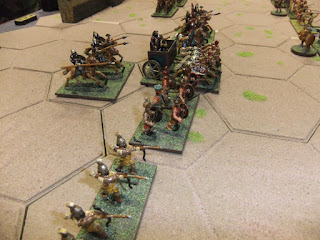 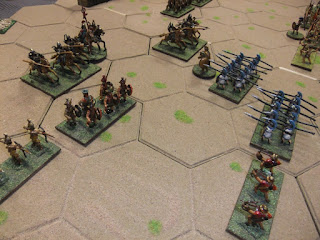 ...as does the Greek left - led by Odysseus. 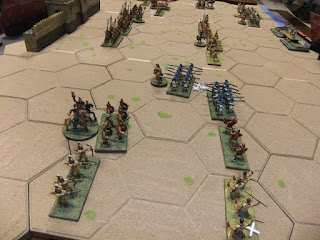 This sees off the Trojan cavalry so clearly this new-fangled business of riding about on horses has no future in warfare. 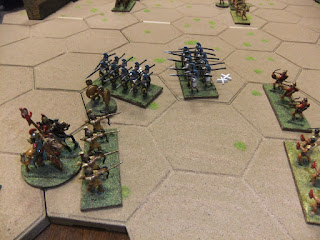 As the Trojan right comes under pressure their general  - having had two units shot out from under him moves on to command a third.  I bet they were pleased to see him! 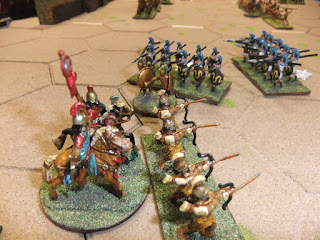 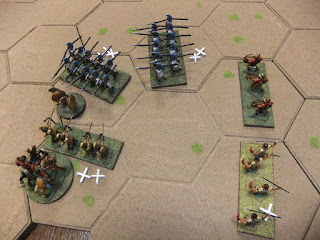 Things were soon looking sticky for the Trojans. 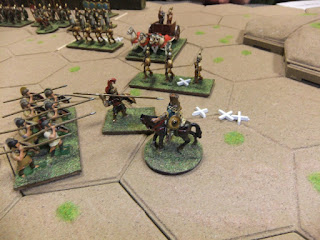 The climax of the battle came when Achilles faced Paris in heroic combat.  No problems with the heel this time and the Greeks went off to write more epic poems and cancel the order for a big wooden horse... 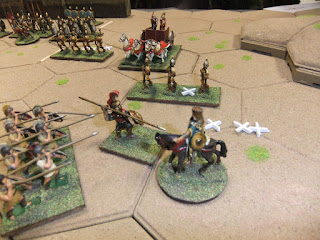 Well your not Troy-ing.....yet lol.,Another fine game from the looks of it. I enjoy the old school figs.....)

Yes, love seeing older figures, though Garrison 25mm and Minifigs PB Range are a bit 'modern' for me :)

Don M
Wipe away those tears of nostalgia Don.

Xaltotun of Python
Modern? No pleasing some people.....

Al
Thanks. It kept six of us off the streets for a coupe of hours.

Geordie
Some of us are easily entertained!