I picked this up recently following an always dangerous recommendation from a friend (thanks Matthew!). It’s a campaign I’ve long been interested in, not least because a fair bit of the action is ‘local’ to where I grew up.

It costs about £15 and the first (solo) play took just over an hour. 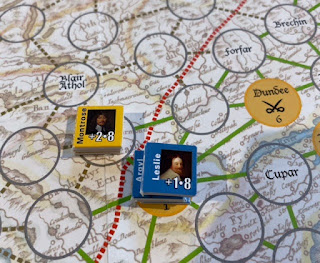 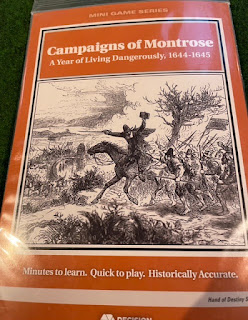 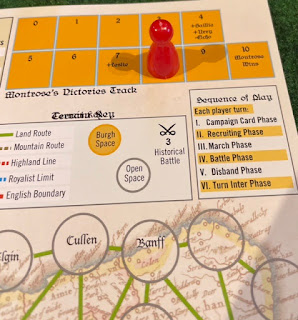 Montrose nearly did it! 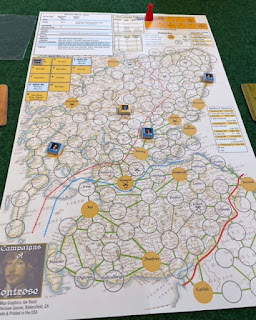 The game set up to play. 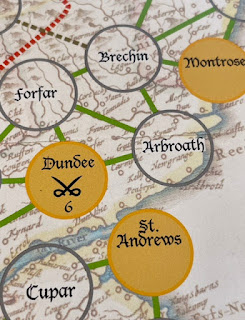 Detail of the map. My part of the world! 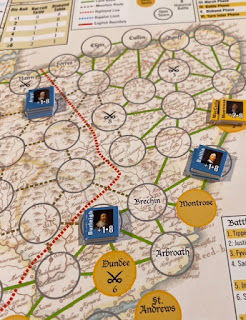 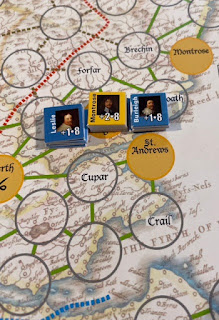 I’ll no doubt have more to say when I’ve played it more.  In this first outing, Montrose came close to victory but basically ran out of troops. He did, however, manage the all-important sack of Dundee!
Posted by Tim Gow at 18:42

Sack of Dundee! An outrage.

Looks a most interesting game. A fascinating subject too.

It looks like an excellent game Tim! Nice that it has such a special relevance for you!

Looks interesting, thanks for drawing attention to it.

Funny Little Wars
Has there ever been a sack of Wigan?

Brad DeSantis
It says much that despite my biased solo play I still managed to have Montrose lose!

JWH
Well worth a look if the campaign is of interest.