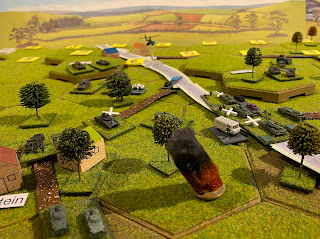 As we return to West Germany, AH-1 Cobras have appeared - their fire and that of several Sheridan platoons makes a fair mess of the  Sov force (a reinforced MR Battalion) on the highway.  Meanwhile, the Div Recce Btl (left) probes the outskirts of Haselstein. 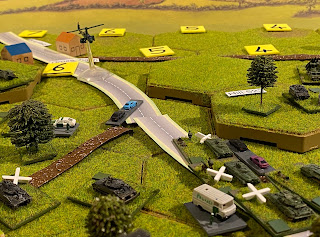 On the left can be seen the Polizei from the first post.  They were (of course!) Spetsnaz and their planned assault on the US HQ was a spectacular failure. 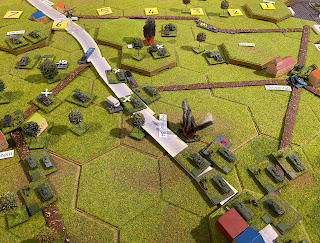 By now the Cavalry was taking casualties - not least from Sov air and artillery strikes. 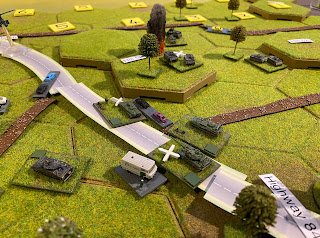 Plucky Sheridans (left) getting too close for comfort. 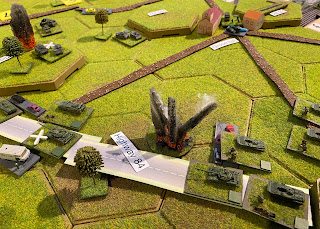 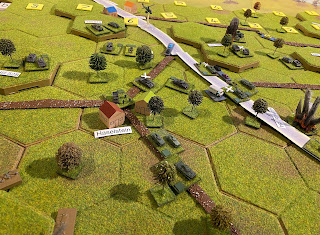 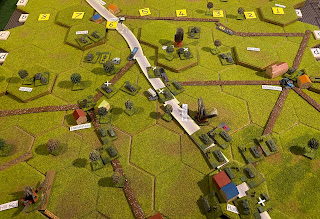 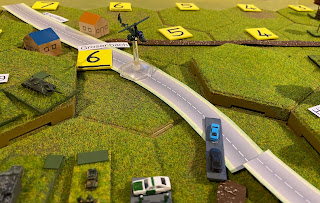 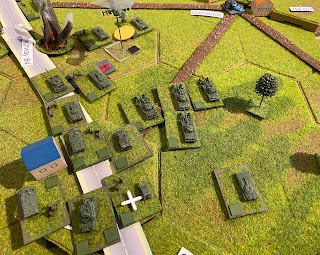 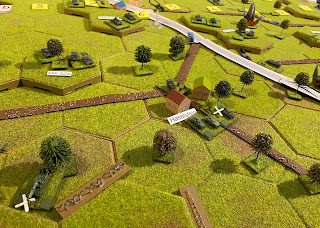 a surprisingly savage defence of Haselstein caused some Sov casualties. 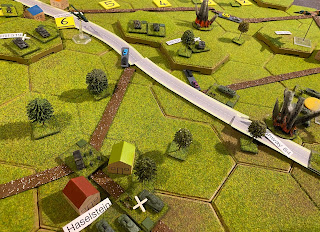 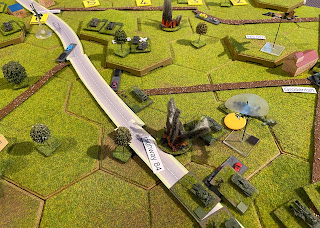 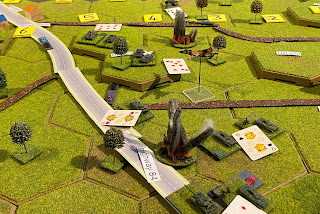 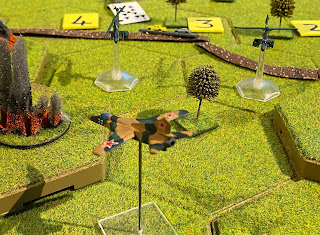 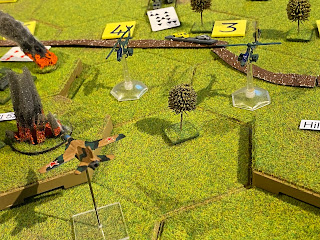 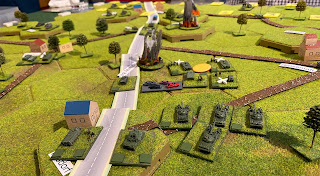 None of this affected the DITB which rolled slowly but relentlessly westwards. 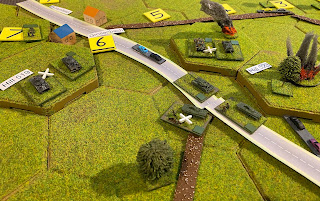 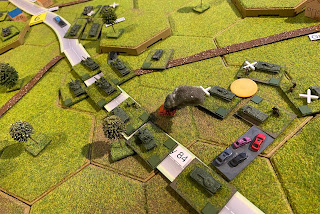 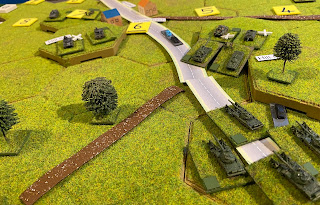 While a (reasonably) fresh reinforced BMP Btl cleared the hill on the right, the DITB went left and carried all before it.  A dramatic final turn (sadly un-photographed - blame all the excitement) at which point Martin decided to pull back the surviving cavalry to positions a few km to the west.  A very pleasing game which kept six of us occupied for a total of  nearly three hours spread over two evenings. 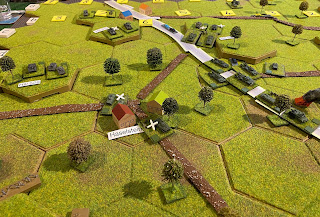 Great stuff Tim and a very enjoyable couple of evenings. I do have a photographic record of the DITB rolling over the final US positions which will appear on my blog in due course.

Great action.
Very much looking forward to seeing NBC published. Perfect operational level and complexity from what I see here.

Now if it had European (based on Hackett) and Middle East scenarios and campaigns in the same book, why I might even stretch the wallet wide open for that one.