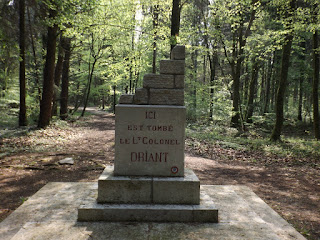 Deep in the woods on the hills north of Verdun lies the tomb of Colonel Emile Driant.  A French army officer from 1877, Driant resigned his commission in 1906 and took to politics, being elected to the House of Deputies in 1910.  He was also a prolific writer, mostly of 'future war' fiction.  On of his books - War of the Fortresses - concerned a surprise attack from Germany.
Recalled to the army when war broke out, Driant was soon a Lt. Col in charge of two battalions of reservists, the 56th and 59th Chasseurs.
Driant criticised Joffre for denuding the Verdun fortresses of guns but his protests went unheeded. As if the Germans would ever attack Verdun...
Killed leading his men on the second day of the German attack, Driant was originally buried with full military honours by the Germans.He was later re-interred by the French and remains a national hero.
Above - the new Tomb.  Below - the original (German) grave. 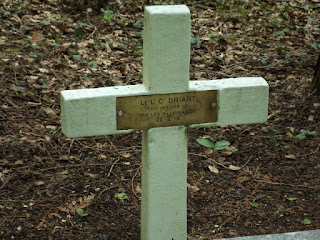 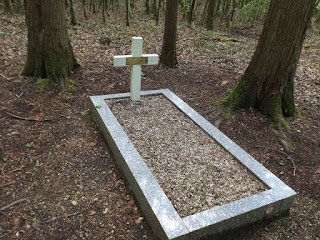 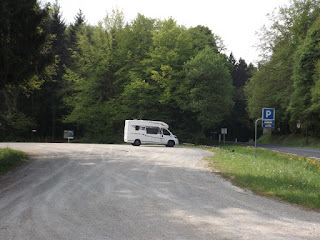 We pretty much had the hills to ourselves! 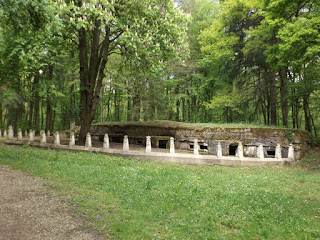 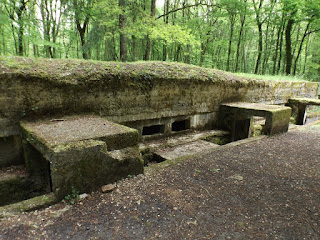 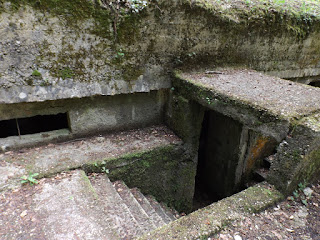 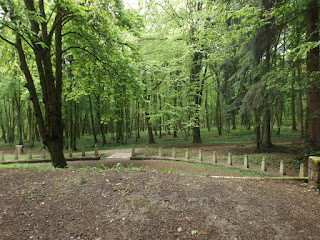 The trees are postwar - originally this position would have commanded quite a view.

Thank you very much for sharing these pictures.

It set me to thinking - I came across a book I think it was called "The History of a Fortress" which followed the history of an imaginary French castle over several hundred years. I didn't have the money for it at the time. Ring any bells?

Could that be a work by Eugène Viollet-le-Duc? "Annals of a fortress" perhaps
https://archive.org/details/annalsoffortress00violuoft

Wonderful pics. Can you go into the complex down the stairs?

Nigel Drury
That rings a bell - thanks.