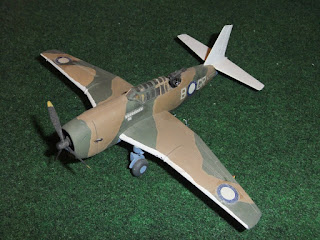 I'll let you into a secret.  For a long time I have wanted a one of these.  I'm not entirely sure why - possibly because it is that rare thing, an Allied land-based dive bomber, but I suspect it must be more to do with the rather appealing name.  After all, it can hardly be the appearance of the thing, looking as it does like something assembled in a scrapyard from bits of P-47 Thunderbolt, Ju-87 and Fairey Battle. 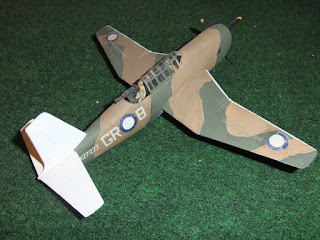 Let's agree that it has a 'purposeful' appearance.  I was delighted to find this example in last year's acquisition.  I believe it to be the old FROG kit as I don't think anyone else was fool enough to make a Vengeance. 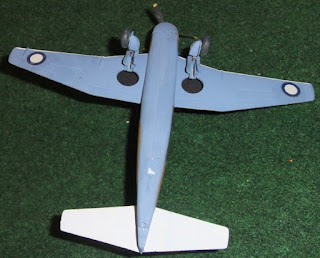 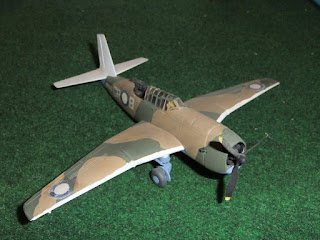 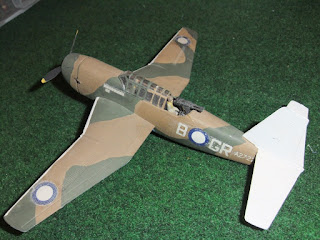 The Far East colour scheme is striking - I think it would also look rather good in it's intended French colours. 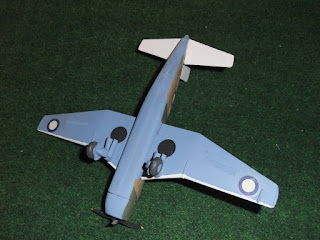 Yes it's a beast alright! I wonder how it would have fared if used in mass like the Stuka ....

A nice addition to your collection- have you decided what you are doing with it yet?

Dear Tim, ungainly but beautiful! I swear that in some photographs the wings angle up and in others down, like an overweight drunken seagull. I have seen a period photo of one in theatre and it looks as if anarchist squatters had been living in it, bits peeling and hanging off. Extreme weathering may be required. An absolute classic though.

Don M
It's an interesting thought. As indeed is the wider question of what difference an aggressively handled Armee de l'Air would have made in 1940.

Pete
Plan? Shove it in a box and wait for inspiration of course!

Chris Platt
Let's agree it is 'robust' in both looks and strength...

No red circles on this bird - no sirree, look how white the tail is, you AA gunners!

I think the Armee de l'Air was (imo) pretty agressive in 1940 given that in the air the evidence points to considerable causalties being inflicted on German aircraft and numerous attacks were made on German ground forces, enemy held bridges etc.

I like the look of the Vengeance, nice job too. I'm making two ATM in Australian colours like yours

I like the look of the Vengeance, nice job too. I'm making two ATM in Australian colours like yours