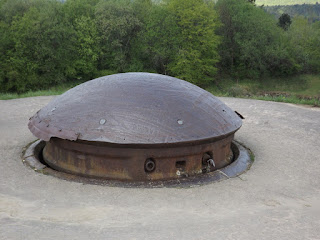 While visiting Col. Driant's command post and grave was clearly something of a niche interest, a more popular destination was Fort Douaumont.  This was one of the more significant fortifications around Verdun and had been designed to defend the frontiers and deter a German invasion.  Well, they tried.
Given the weight of fire which fell on Douaumont during the war, the surprise is not that it looks a bit knocked about but that so much of it is intact.
Above is one of the retractable armoured turrets. 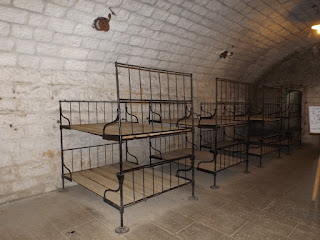 We started with a tour round the fort's innards.  Here are the sleeping quarters. 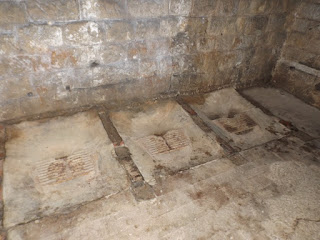 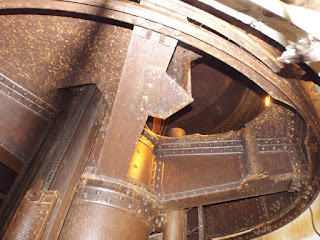 The inner workings of one of the armoured turrets 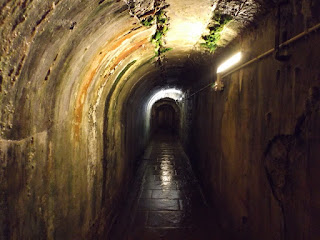 Dank, dark and damp.  The interior of the fort was everything I hoped for.  Bloody horrible. 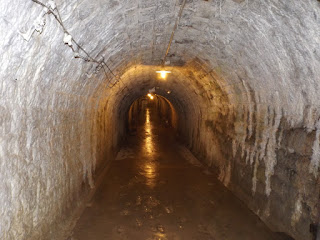 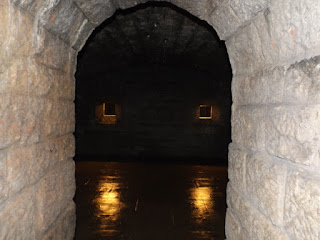 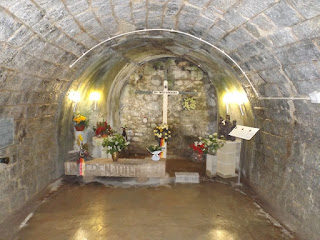 One of the chambers held this touching German memorial. 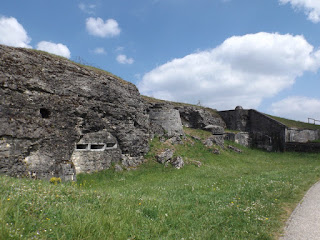 You may imagine what a relief it was to get outside again. 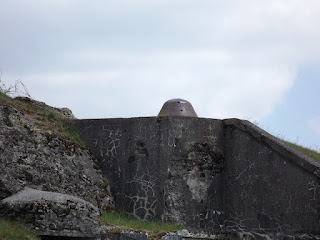 On the roof a number of the armoured observation cupolas survive.. 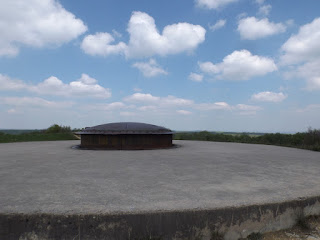 ...along with the rather splendid retractable turrets. 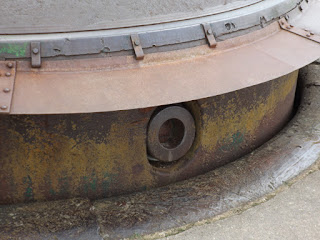 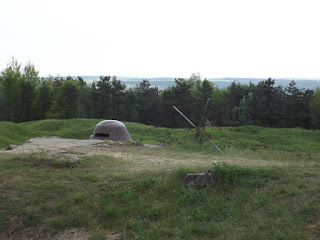 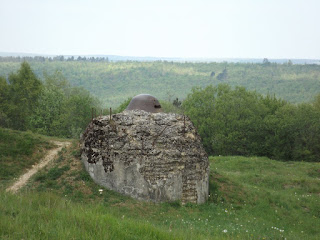 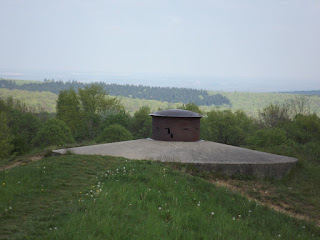 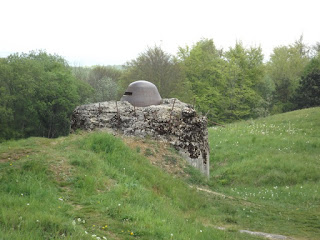 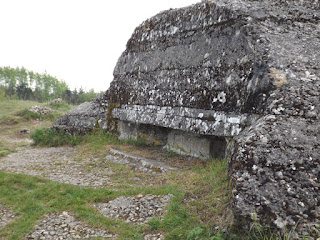 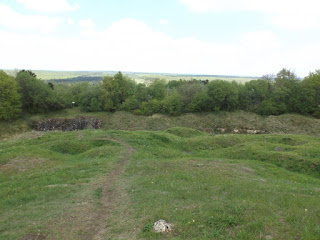 Traces of tranches survive but most of those undulations are shell craters.  Lots of 'em. 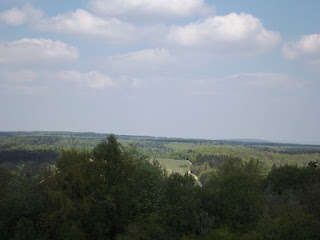 Again, the trees are a postwar innovation so the fort would have had a commanding position. 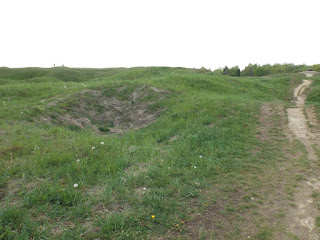 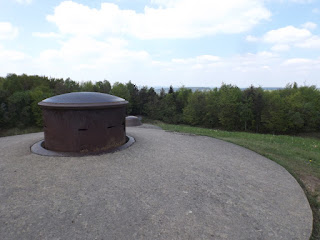 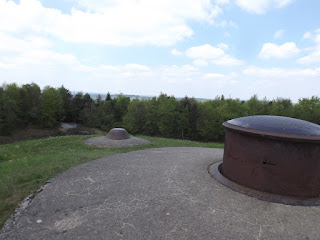 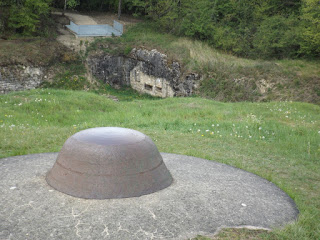 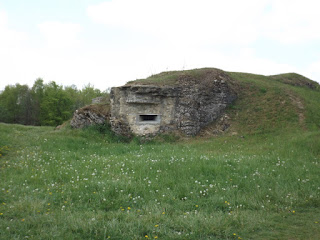 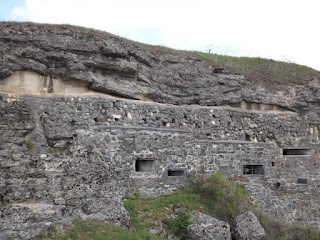 Looks great Tim. Verdun is one my must visit list.