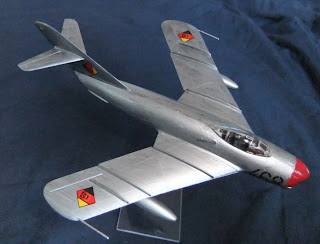 The MIG-17 is now complete - and finished well down to my usual standards.  As the '17 was widely exported, I had plenty of scope available when it came to choosing markings.  In the end I opted to depict it as an East German machine. The air force of this particular workers' paradise was in fact known by the rather catchy title of Luftstreitkräfte der Nationalen Volksarmee. 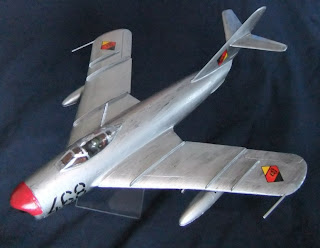 Who knows - maybe I'll end up with representatives of all the old Warsaw Pact air forces? 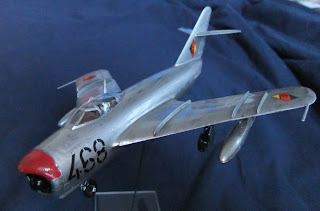 Have you got any suitable East Germans for it to provide top cover for?

Time for a Farmer methinks?

spprojectblog
My only East Germans are in 6mm!

Paul
I'm actually working one a rather more ambitious Soviet 'plane at the moment - but a MiG-19 will follow in the fullness of time...