Having secured a flank it was time for the exploitation attack to go in.  This took the form of two French Arnoured Regiments (battalion size) with French and West German sir support.  They were to take the railway line, establish contact with the Paras in Kakstadt Ost and secure the tractor factory, advancing as far as the canal.
Warpact forces were thought to be a very battered East German Motor Rifle Regiment and some scattered border guards.
I commanded the French while Bertrand led the Commies.  As usual I'll let the photos tell the tale. 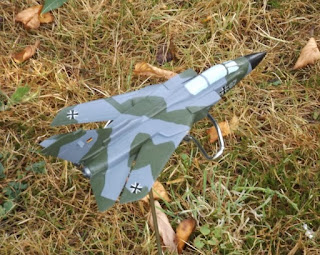 Luftwaffe Tornado on a recce mission 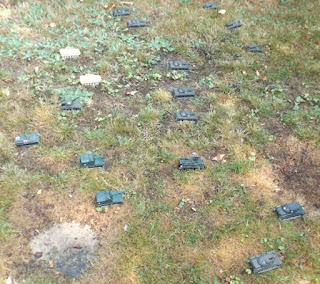 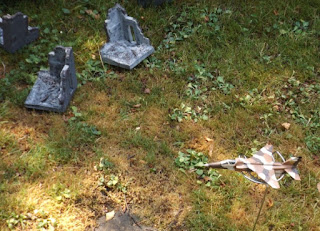 French Jaguar on a recce mission 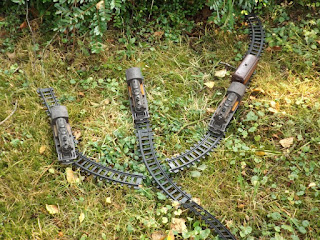 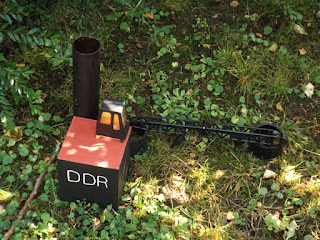 It's the East, so there is of course a tractor factory... 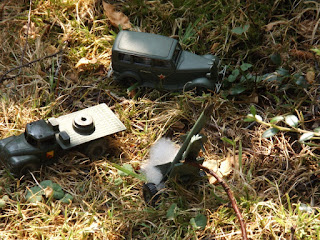 The DDR SAM site warms up 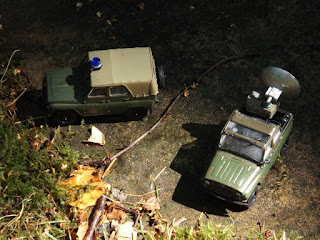 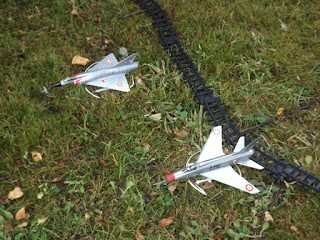 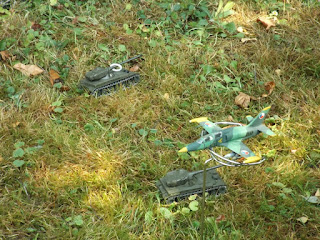 Warpact air was also in action - this Czech L-39 has consistently been the only Warpact aircraft which hits anything. 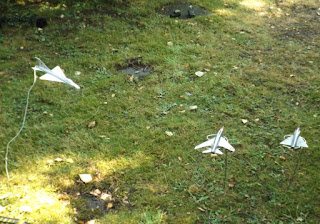 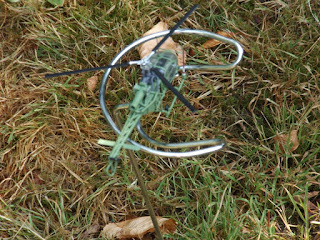 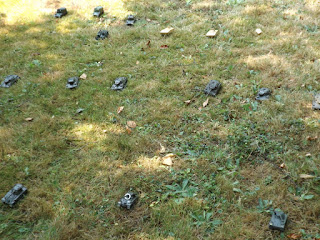 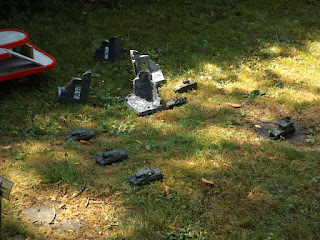 Kakstadt Ost was soon reached and a liaison team detached to chat to the Paras. 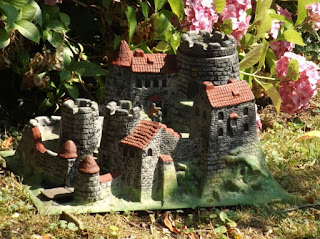 The DDR Commissars skulked in their distant HQ.

Already fascinating... Of course, the highly cultured generals and staffs commanding the WARPAC forces will establish their HQ is the picturesque castellan town and spa of Eigotta-Baditch.

Archduke Piccolo
That name says much for the standards of housekeeping at the Schloss - apparently even the rabid border guard dogs are scared of the bedbugs.

Cracking stuff Tim- extra marks for having a Jaguar in there too.

Pete
The Jag is always my first choice for French air recce missions.

Splendid, and so apt to see a "scorched earth" policy deployed this summer. Very very nice Aloutte - delighted to see that hovering on a post. I would get out into our garden but I'd need some saving throws to avoid the evidence of a feline visit!

Don M
So were the East Germans - until I reminded them about the attrition suffered in the previous games...

Ken H
Alouette is a part die-cast model - a lovely thing. A careful 'poo recce' is always advise before an outdoor game. The scorched grass appears by courtesy of God.