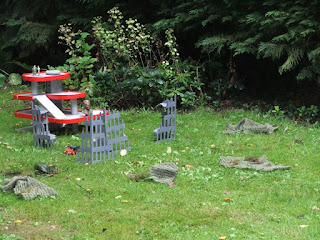 The dreaming spires of Kakstadt Ost - border defences to the fore, Party HQ in the background. 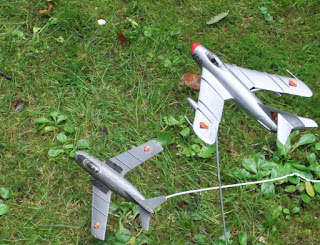 As the US advance began, a lapse in NATO air superiority allowed a DDR airstrike to sneak through.  Bertrand was initially excited at this news but his shoulders visibly slumped when I handed him this pair of antiques. 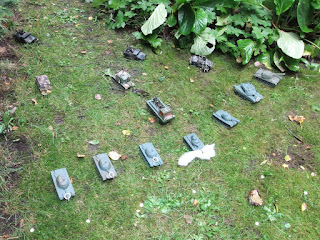 Notwithstanding the antiquity of the planes the strike was very effective. 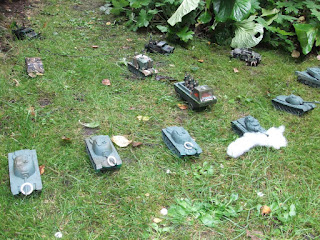 At this point the border defences opened up with artillery and mortar fire. 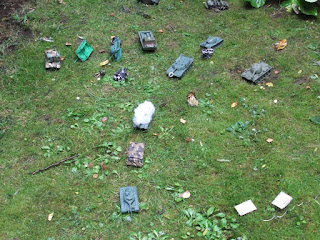 A gap in the minefield was swiftly created and the US armour trundled through. 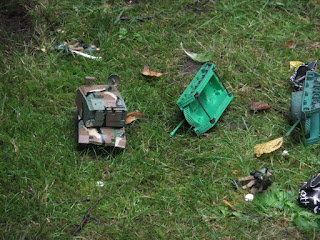 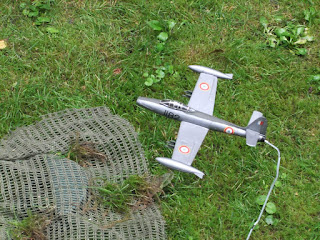 NATO then had another go at the border defences.  A further air strike by this F-84G was followed by... 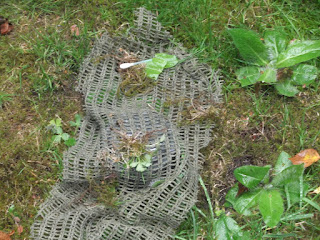 Pete
Seldom has such a load of old rubbish looked so good!

Peter Douglas
And so effective too!

Ok so, it looks pretty cool but what did they hit those tanks with? Blew the guys right out them. (Shivers with horror)

Argh! Guts! Blew the guts out! Damn you autocorrect!