This was a Little Cold Wars game played in Bertrand's garden in Norfolk.

The Warpact assault which began a few days ago has stalled in some sectors, including the area around Kakstadt.  In the US forces which initially crumbled under the Warpact assault, incompetent commanders have been weeded out, including Colonel Cordery and Major King.  No details of their fate have been released.  In fairness, it must be said that the DDR forces have also been purged and the whereabouts of Col. I C Druryov have yet to be determined.

Newly arrived NATO forces have been tasked to counter attach the relatively weak East German forces in this sector and to drive deep into the DDR.

Local DDR forces are reputedly led by a former Stasi officer who previously spent some time in the west, disguised – rather unconvincingly – as a man of the cloth.

NATO has been reinforced by French forces meaning ample supplies of wine and squishy cheese.  And some tanks.  The American Colonel Jack ‘blood and guts’ Wright has been joined by Major ‘hell on wheels’ Hartley and the French Colonels De Cerf and ‘dangereux’ Droite.

An initial ground assault by a US battalion will be followed by a brigade-level heliborne landings (Operation Painful Plunge) behind the enemy front line.  The airborne troops will lay a ‘carpet’ along which the main ground force will advance.  What could go wrong?

The plan.
Be thinking about where to land the paras, including approach and departure routes for the helis.
Land forces.  Where and when are they entering and what are their initial and subsequent objectives.
Air support.  You have a lot of it – when and where do you want it?
SF forces.  Can be deployed anywhere.

Special Forces
2 SF recce parties – one British SAS and one from any other NATO nation.  May be deployed anywhere.  May move and have comms back to NATO. May be in East German Police uniforms. 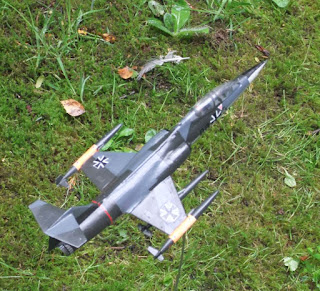 Play opened with the NATO air recce missions - one at high level and the other low. 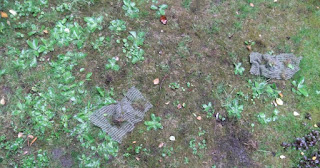 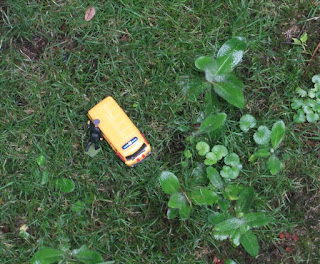 ...border guards going about their business... 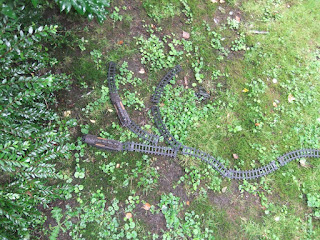 ...railway sidings near the inevitable... 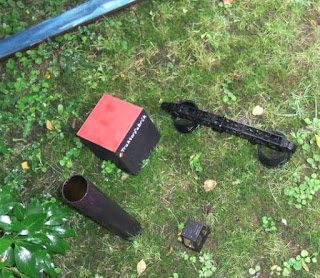 Coming next - hostilities open.
Posted by Tim Gow at 15:15

Gutted to miss this one, but happy to report reinforcements are en route after a surprise find in secondhand shop...

Ian Drury
That sounds ominous! Just as I thought the LCW arms race was over....

Well, strike me pink and colour me intrigued already. Fascinating looking scenario afoot, though I'd kinda like to see a briefing map, say (one for either side perhaps (together with a 'master' map so we can see the amusing shortfalls in the intelligence-gathering on both sides. The air recon showed expanses of lawn looking almost as damp as our waterlogged piece of dirt after all the rains global warming has been delivering us. I wonder if i'll ever get any 'lawn war gaming' in...

The giant feather looks very ominous for that jet.
Interestingly, the Stasi uniform looks very close to the uniform of British zoo keepers. Maybe those blighter infiltrated Britain to give the lions a hard time.

James James
I suspect that giant feathers are ow on the list of potential hazards for Starfighter pilots! As for the Stasi zookeepers, that opens up a lot of comparisons between animals in cages and the DDR's approach to border 'security'....

Archduke Piccolo
The next post will include the actual NATO planning map!