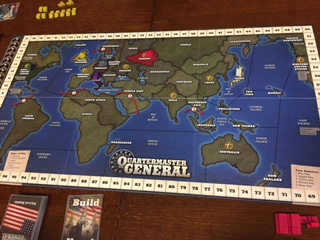 Let's take a break from the horrors of the Somme for er, the horrors of another war.  We had a brief run through of this boardgame a few weeks back and last week we assembled five players to give it a proper go.  Jerry provided the game and played both Germany and Italy, Tim C was Britain, Martin played Japan, John was the USA and your humble correspondent played the ever lovable USSR. 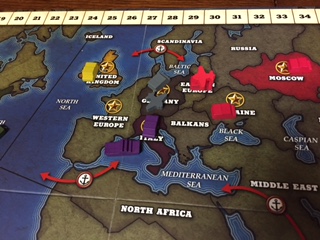 The game is necessarily pitched at a high level and uses wooden counters to represent armies, fleets and air forces. 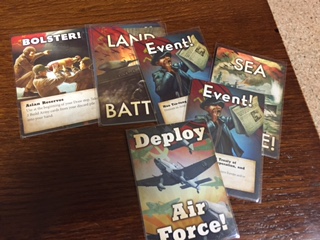 The game is driven by cards which allow players to build new forces and launch attacks.  Other cards cover special events and economic warfare. 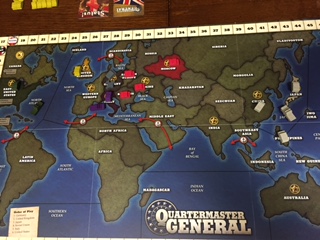 To allow you to follow the action I tried to take a photo at the end of every turn.  German pieces are grey, Italian purple, British yellow, Japanese white, US green and Soviet red (of course!) 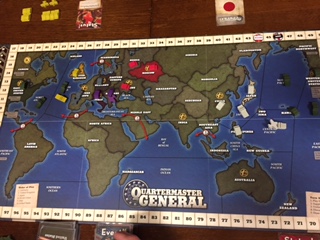 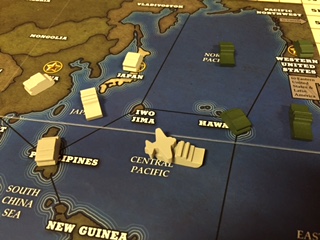 The Japs embarked on a drive (or rather a float) across the Pacific.. 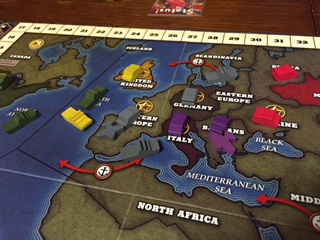 ...while their German and Italian chums overran Europe. 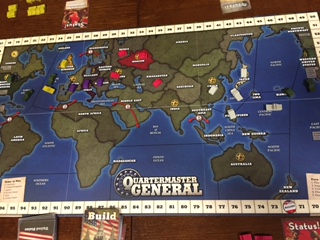 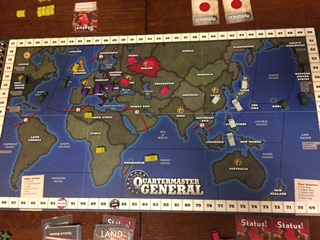 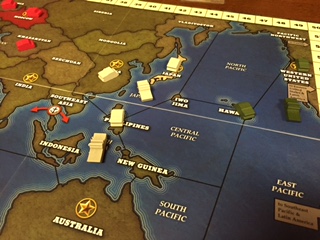 US efforts were directed against the Japanese 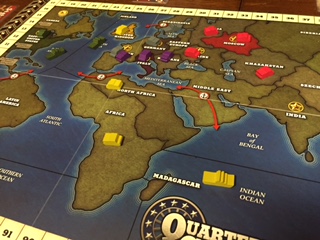 This time we made pretty good progress with the game and were rattling through a turn in about 10 minutes.  The photo above shows the positions reached after about 2 hours of play.  I'd managed to hang on to the Soviet Union and repel several Fascist onslaughts.  Well that's my story.  Interestingly at another table some other club members were also playing QMG under the leadership of Pete S.  When I left their Soviet player (Paul S) was down to a single province - I wonder how it ended. 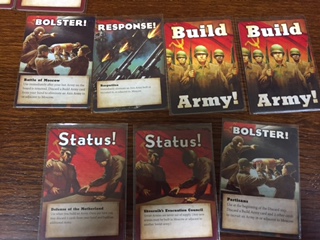 Does the name of the boardgame indicate its emphasis - the 'grand logistic'/economic side of warfare that a certain A. Hitler thought he was expert on? Just curious...

Archduke Piccolo
There's certainly a lot of resource management to do and like all the best games it's easy to play but difficult to master.

It is certainly about resource management rather than tactics, however the logistics aspects don't involve bean counting and they support the grand strategic aspects which you really have to think hard about to avoid appalling defeats let alone figuring out how to win!).

Very clever game, particularly the way each country has different challenges and options.#