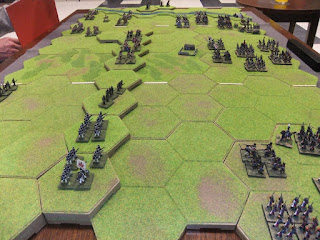 This was a Command & Colours game played last Wednesday at the Sheffield club.  As it happened, the game was one day before the anniversary of the battle, so let's pretend I planned it that way.
John led the Allies, Jerry the French. The scenario saw a French force attacking the Anglo-Portuguese army which - as usual - was deployed on a ridge line.  While there was no need to cross a river there was one on the French right.  Above is the French left... 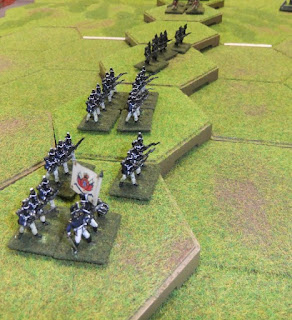 ...and the Portuguese right. 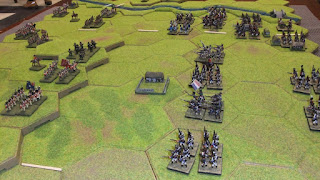 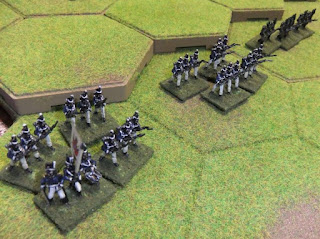 In a surprise move, the Portuguese right moves down off their hill! 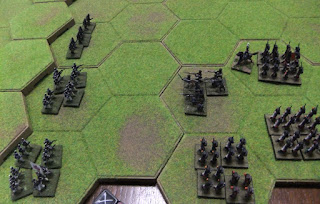 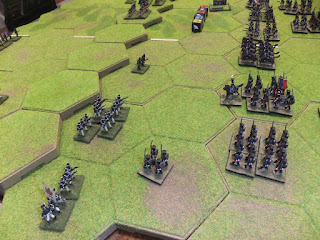 ...before the French advanced to teach the pesky Portuguese a lesson. 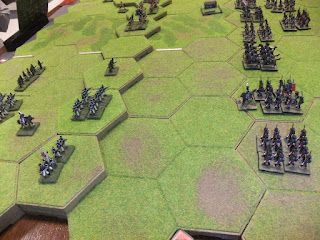 Soon it was back to the hill! 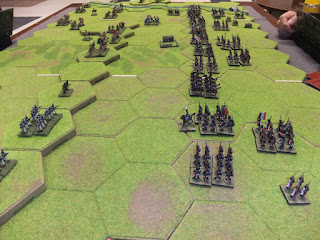 By now the French had tidied up their line. 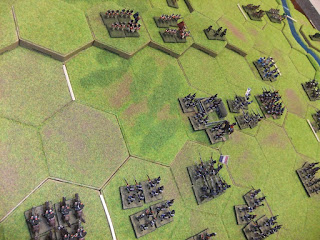 The French kept the pressure up in the centre - it mattered who owned the ridgeline. 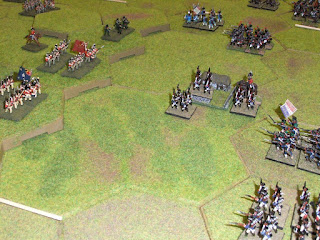 The Brits didn't seem keen to oblige though 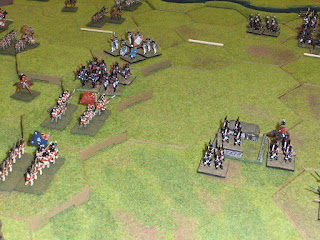 Soon the right end (from the French point of view) was hotly disputed. 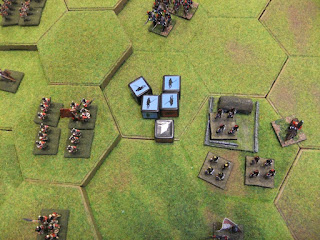 Some top-notch French musketry - aided by a couple of cards - blew away a British unit. 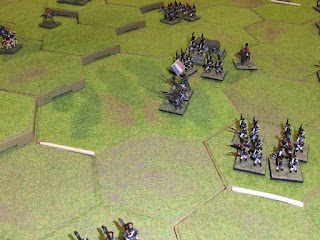 The French centre looked a bit scrappy but they weren't giving up. 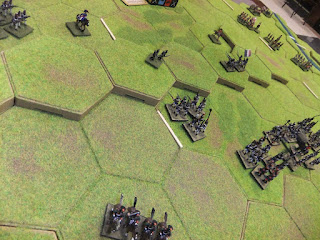 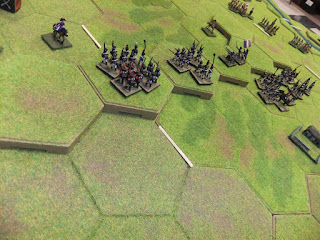 The French surged onto the ridge 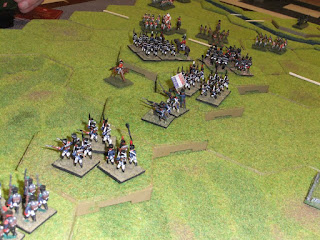 With the two victory banners for holding (most of) the ridge the French had clawed back the score to 8-7.  The target was nine.... 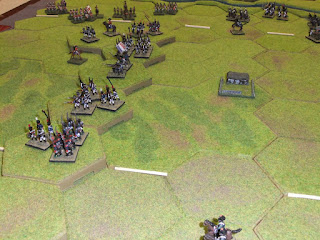 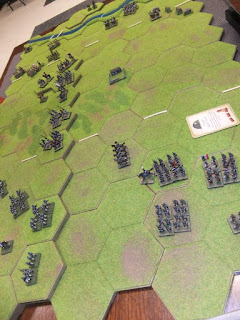 Now struggling for cards, the French in desperation activated units on their right... 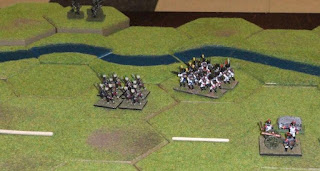 ...and more accurate musketry finished off a Portuguese unit, clinching a French victory!
Posted by Tim Gow at 13:02

I have long regarded Sorauren as a good Peninsular War battle to refight. The French came very close to victory (in my view) on that occasion. Now...(thinks) I haven't seen quite a while my Terry Wise book on Peninsular War 1813 battles for war gamers...

Archduke Piccolo
Early on it looked like the Brits had this in the bag - it was a great wee game.