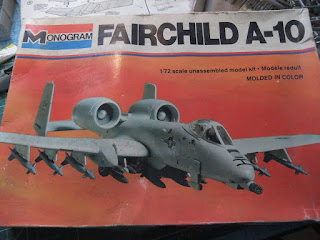 In need of a kit to build the other day, I selected from the not inconsiderable pile this ancient Monogram version of the A-10.  Released in 1977, the tooling for this kit is even older than the Matchbox version I reported here and here. 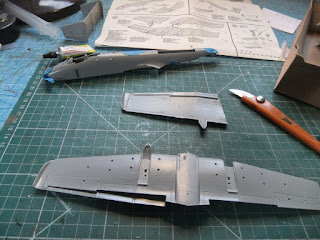 The bloom of youth had long since passed this kit by when I acquired it and even after a severe wipe with a damp cloth the crumpled box lid retains a layer of muck. 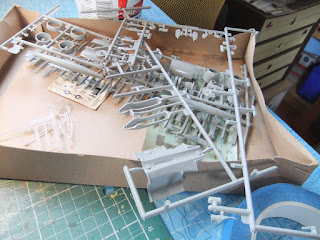 All the parts were there though, together with what appeared to be two sets of decals! 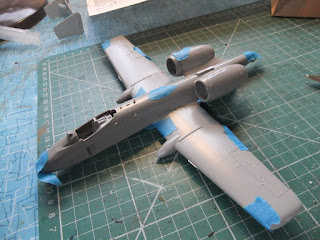 The initial build proceeded swiftly and parts fit was generally good.  The gaping voids between panels are largely my doing. 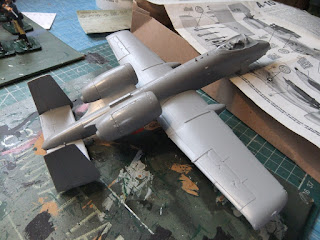 That will look great carrying a full bomb load.

quite different, nice build too

Pete
Depends which side you're on!

Conrad Kinch
I think it has a certain brutal charm.

Al
It's not a bad old kit - easily as good as the Matchbox version.

I have a spare engine for this kit left over from my youth. Need it?

Nick Grant
I'd better get it painted then!

Paul Foster
So that's two spare engines we have. Now all we need is someone with spare wings and a fuselage....

Smashing aircraft. Looking forward to seeing the colour scheme! (And how you are going to mount it.)

Stephen Beat
A plot has been hatched concerning aircraft stands. Hopefully I'll have some time over the weekend to develop thinks....