Another one (or rather, two) from the 1940 Brits box now.  Although far from new, it's a good while since this stuff was seen in public.  There was a period in the early-mid 1990s when everytime I went to a wargames show attended by Raventhorpe, they had aded to their range of slightly obscure 1930s/early WW2 vehicles.  It's almost as if they saw me coming...  This particular combo proved irresistible (to me at least) and unusually, little time elapsed between purchase and paint.
The 'QF 3inch 20cwt', or Vickers 3in AA gun to you and me, was a development of a widely used WW1 gun, and the wheeled carriage seen here entered service from 1930.
The Thornycroft Hathi (Hindi for 'elephant') was built in very small numbers for the British Army during the 1920s, but it's four-wheel-drive system made it difficult to maintain.
Both models are rather substantial metal kits which took a fair bit of assembly work - the gun had around 20 parts and the Hathi around 12. 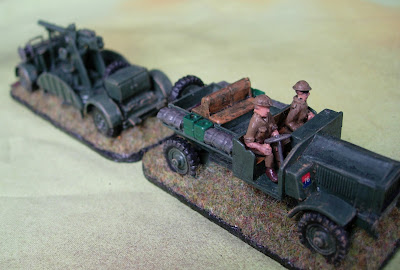 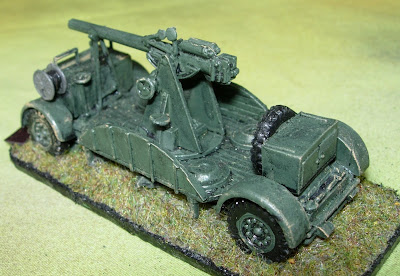 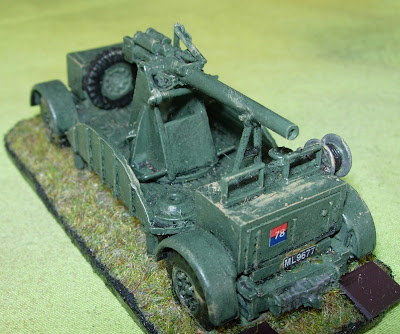 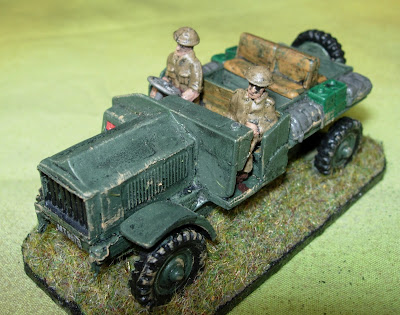 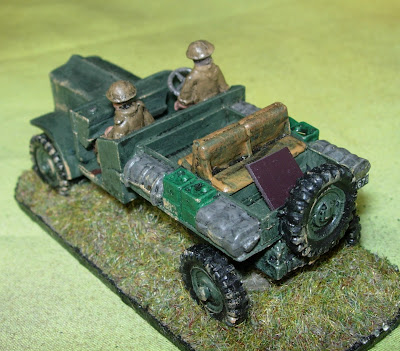 Oh yes! If you gloss coated this, I think it could pass for a Britain's toy gun and truck. I like it! Love toys that are real but don't look like it.

Ross Mac
It does have a (slightly) gloss finish, as British vehicles of this period often had a shiny appearance. Not quite Dinky/Britains though!

I think I had that dinky toy of that gun!Nice job mate.

Nice models, cool to have some different bits of kit, my favourite period

I like it. As you said it has a certain appeal to some people.

That Hathi looks not unlike some of the cavalry carriers that the British Army cavalry regts replaced their horses with in the late '30s.
Anyone know if this is a direct lineage ?

Wg Cdr Luddite
I think the Hathi was something of a one-off and was fairly quickly replaced by less sophisticated 6x4 lorries. These were more reliable and easier to maintain. The driveshaft gaiters on the Hathi's axles were made of leather....'nuff said?

west 1871
I suspect the Raventhorpe model is a damn sight cheaper these days!

Al
It's one of these transitional periods I like - all the kit is there, but does any of it actually work?

Paul
'some people' meaning the lunatic fringe of WW2 wargaming? I'm happy there!

Don M
Odd but interesting? I aim to please...