Three Frontiers and a Trier

Having set off from Schwebsange, a wrong turn saw us crossing the border into Germany too early.  Luckily there was a roundabout after only half a mile so it was back into Luxembourg for some shopping and a top up of diesel at £1 a litre.  Then off again into Germany, heading for the old - originally Roman - town of Trier. 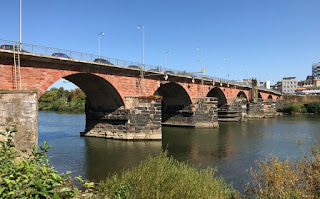 The Roman bridge over the Moselle.  This is the oldest standing bridge in Germany (we'll not dwell on what happened to the others...) and while the upperworks have been replaced twice, the piers date from 2nd Century AD.  Trier lies on the south bank of the river - the motorhome parking is on the north bank only about a 20-minute riverside walk away. 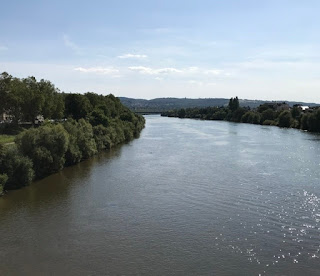 The view from the bridge - looking east. 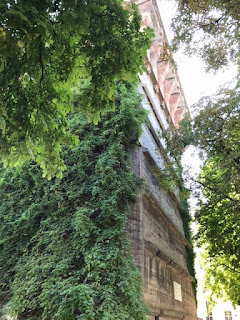 Partly concealed by trees and more recent buildings I spotted this c1942 flak tower. Apparently so well built it's virtually impossible to demolish. 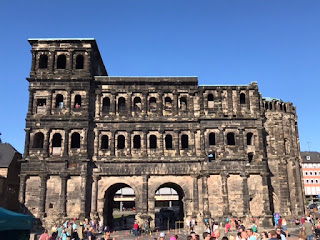 A rather older fortification - the Roman Porta Negra. 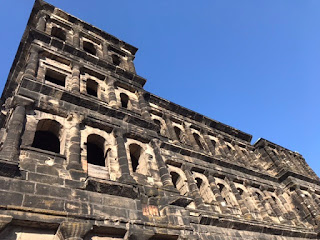 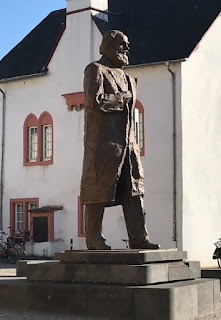 Teetering next to the dustbin of history was this statue of the least amusing of the Marx Brothers.  He lived here for a while so there are plentiful supplies of Mark-related tourist tat. 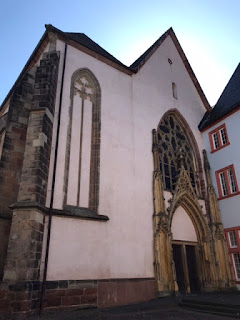 Mixed in with rather soul-less postwar edifices are plenty of nice old buildings. 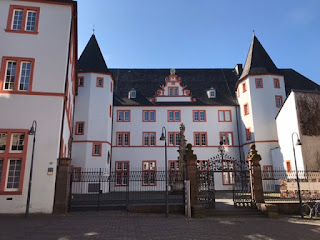 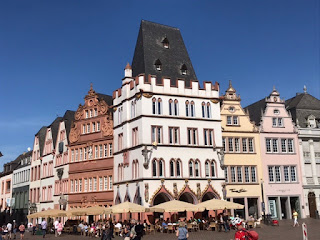 Mrs G commented on the similarity to my collection of HO scale plastic model railway buildings. 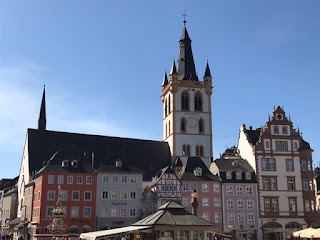 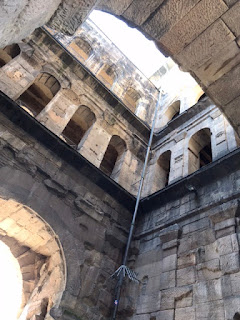 Porta Negra again.  It's really quite a substantial edifice. 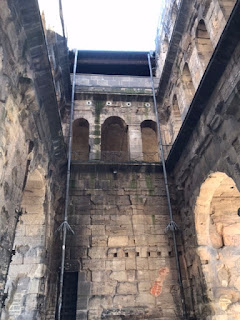 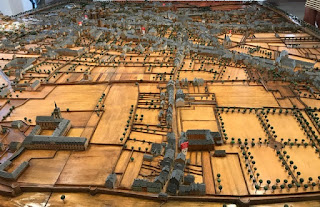 In the adjacent town museum was this (approximately 1/300 scale) model of Trier.  What a scandalous waste of wargames terrain! 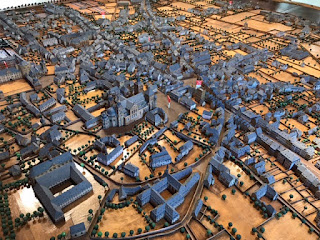 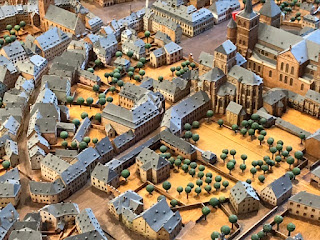 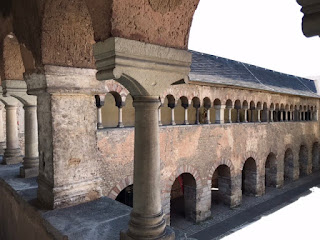 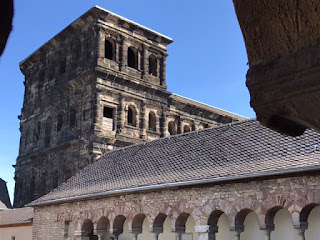 Ah, Trier. Brings back memories of inter-railing in the early 80s. Very picturesque city. I bet that town model had you drooling.
The picture with the tower looks very much like a model I got in Prague. Only this one was red not white.

What a superb model. Am I a bit 'weird' in finding the model more attractive than the real thing?!!