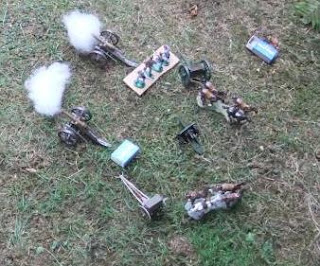 Here are a few photos of the armies' positions as day one of the game drew to a close.  By now, the Reb artillery was still firing but getting perilously low on ammo.  Still, I knew we had a bit more in the supply train which could be allocated overnight so there was no point in conserving it. 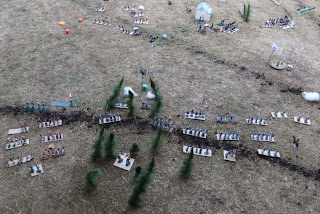 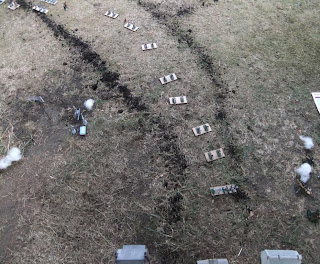 The Texas Brigade arriving from the direction of Gettysburg﻿ 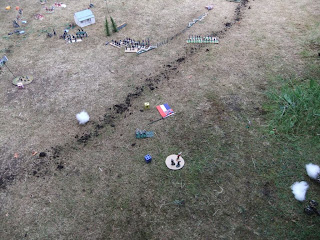 By now it was obvious to all that the main Reb effort was on the left.
The right wing was rather thin - not least because of a tragic
'grey on grey' incident by one of JH's guns.﻿ 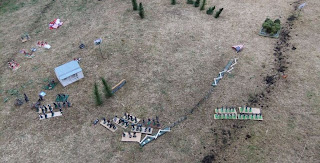 Rather then fight us every step of the way the Yankees had gradually
pulled back to the end of the ridge line around Meade's HQ.﻿ 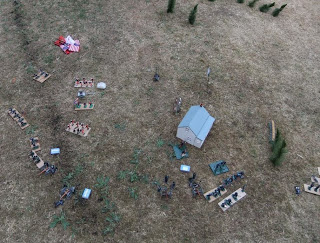 This left the Feds in a strong position which we would have to crack in the
morning, so despite our gains there was still everything to play for.﻿

A massed charge right up the hill. Could do it.

Ross Mac
Charging up a hill? At Gettysburg? Crazy talk. I was very pleased with the BBC article.

OK dumb question - what did you do to line up the game terrain with the historical typography? It's nit like a table top game where you can drop Culp's hill where it belongs is it. I am assuming that you didn't landscape the lawn to resemble Gettysburg and then re-sod it. Or did you just say Sod It and mark out the various features.

But the game looks great.

Peter Douglas
Actually a very good question. The terrain was researched an laid out by Paul's son Jack. As luck would have it, the topography of the garden bore more than a passing resemblance to the actual terrain!