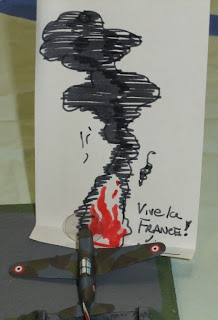 Many French aircraft were overrun on their fields.
The Air Umpire's artistic talents were much in demand... 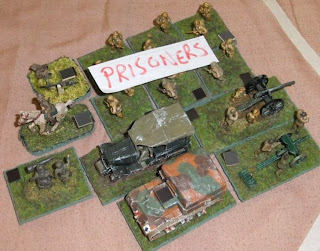 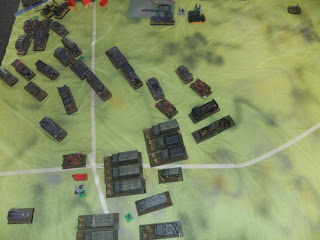 Eventually French reinforcements arrived in the shape of 5 DIM (motorised infantry division).  With it's nine rifle battalions and supporting elements this was the strongest French formation seen so far. Here is 5DIM counterattacking near Bethune. 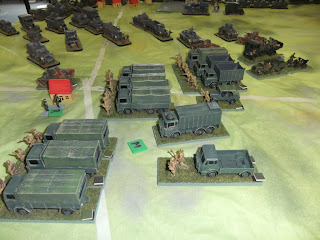 Commanded by Bob Cordery, 5DIM was soon known as 'Bob and his lorries'. 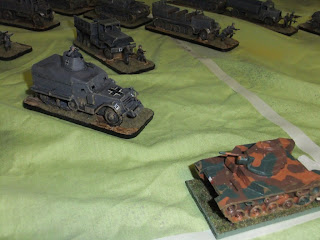 Recce from 5DIM (right) clashes with their opposite numbers from 14PD. 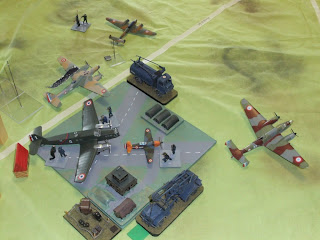 By now the remaining French aerodromes were crowded with refugees from other bases. 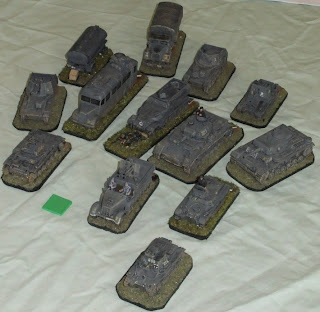 19PD is another of my older units. 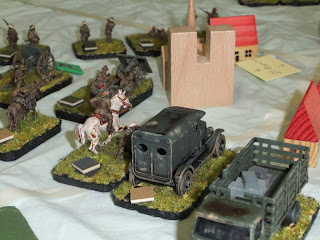 One of the better French units was 7NAID (North African Infantry Division).  I built this division some years ago - mostly using figures from the old Hotspur Spanish Civil War range.  The CO is a Raventhorpe cavalry officer and the vehicles dodgy die-casts.
Posted by Tim Gow at 14:16

It has nothing to say about the crate of fine champagne found in mon general's staff car!
Regards, Chris