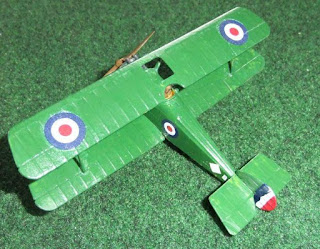 I mentioned in a recent post that I was working on something to help oppose my swarm of Fokkers. 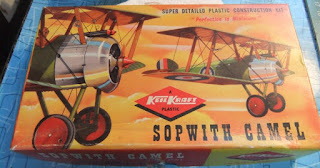 Though it's clearly from later in the war, I noticed this old kit when I dug out the Revell Eindeckers and decided to throw it together. 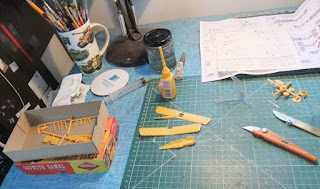 It would be fair to say that the Camel wasn't the most complicated kit I've tackled, though the surprisingly thin plastic posed a few challenges. 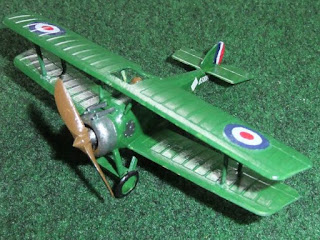 As usual, the camera flash makes the green look rather brighter than it really is.  So not a bad effort at what I believe is my first 1/72 Sopwith Camel. Back in the '70s I was more of an Se5 man... 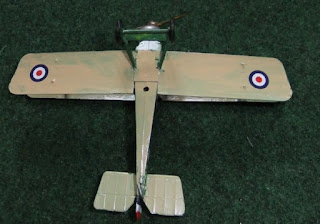 Biggles:
Let's show this sausage guzzler what this thing can do.