A strange urge to bodge up more kit for Little Cold Wars, combined with the availability of cheap crappy plastic M-48 Pattons led me to embark on a project to build a Sergeant York Division Air Defence system.  The original was a US Army project to replace the M-163 Vulcan SPAA system and involved combining a huge turret mounting a pair of 40mm guns with the hull from a surplus M-48.  Astonishingly the grossly overloaded 20 year-old chassis was unable to keep up with the zippy new Abrams and Bradleys it was supposed to protect.  More entertainingly the radar proved unable to distinguish between low flying helicopters and clumps of trees - or indeed the muzzles of the gun barrels! 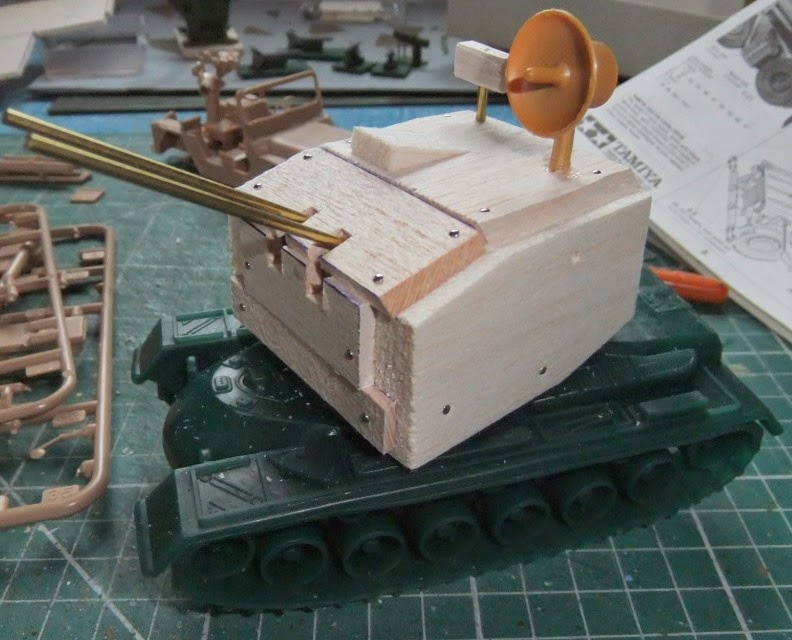 The real M-247 was cancelled in 1985  - I offer my model as a tribute to the US taxpayers who funded this debacle. 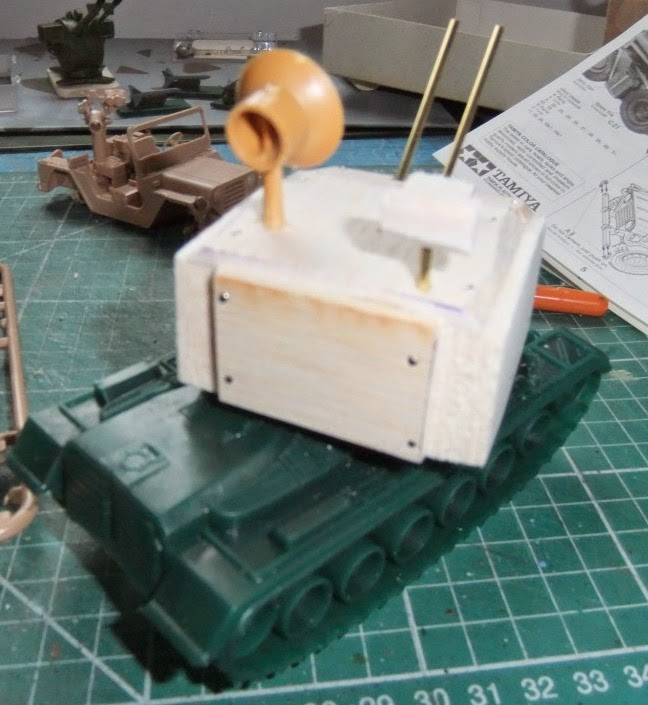 The turret was assembled from balsa.  I found the radar dish in the spares box and the gun barrels are brass. 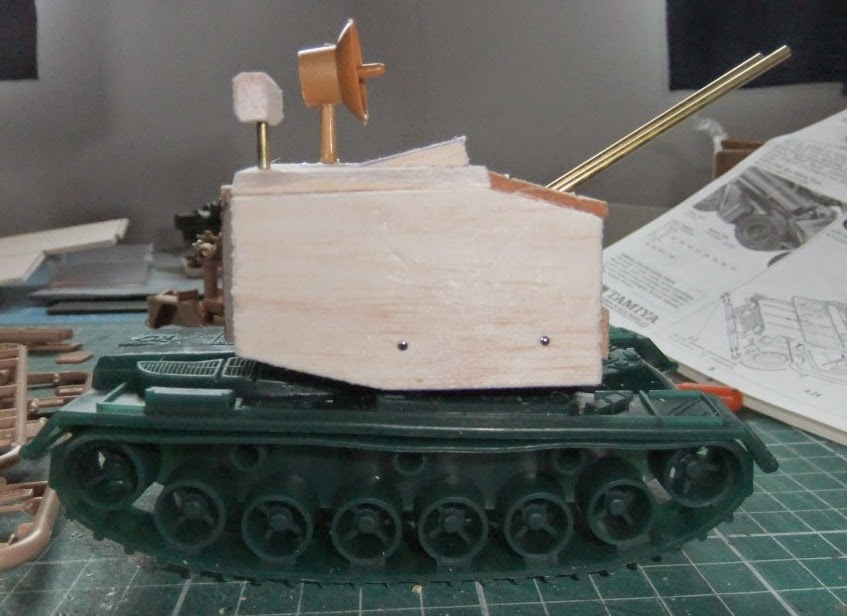 One of the military-industrial cock-ups that makes such a fine wargames asset. Like the KV2 (one of my favorite Russian WW2 AFVs), the Maus and the German Railway howitzers, the Ontos, the Turtle, and all the other examples of the Berthold Stuttley ("Bloody Stupid") Johnson school of military design that I can't think of right now...

That is one impressive looking vehicle in the making there!

Archduke Piccolo
Who doesn't love such a compellingly stupid design?

As an American taxpayer I thank you for this wonderful effigy. Will you be using flammable fuels during your Little Cold Wars?
If so, I hope this monster is part of the collateral damage on that day ;-)

It all comes down to congressional districts as to where something is produced....it's amazing that we
get anything that works! We could have easily bought the proven German Gipard turret and mounted it on an M1 (which was proposed )but no...that same year we purchased the West German FUCHUS to be used as the FOX NBC recon vehicle and the British light 105 mm howitzer. My thinking is two good purchases were enough that fiscal year...)

Brigadier Dundas
It has a good coat of solvent-based varnish....

Don M
I'm sure my version will live up to our (very low) expectations!

Stu Rat
But the Duster works - where's the interest in that?

I believe I mentioned Crowd Control...

One of those projects I heard about while in the Navy and could not for the life of me figure out how the Congress and the US Army was sold such goods.

Are you going all steampunk or WH40K on us?

Jon Yuengling
You and a lot of others Jon...

Chris Kemp
The 'rivets' are the heads of the pins I use to hold the balsa together. I've never got on with balsa cement so use the 'pin and PVA' method...

Ingenuity at its very best Tim :)

Geordie
...and standards at their very lowest....