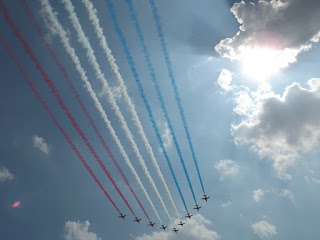 As many readers will know, my stepson Louis joined the Royal Navy last year and is currently stationed at RAF Marham.  Marham is currently home to a fair number of RN personnel as it is the station where the glitzy new F-35 Lightning is based.
Back to the plot.  Sara and I were sent tickets for Marham's Families Day last Thursday. This was basically a private air show with all the usual attractions of such events.
Above is my favourite photo - the RAF's own Red Arrows. 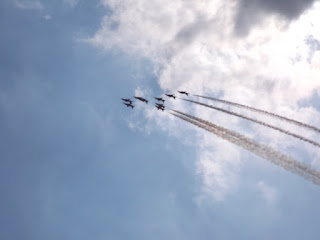 These chaps are really very good and fly in very close formation. 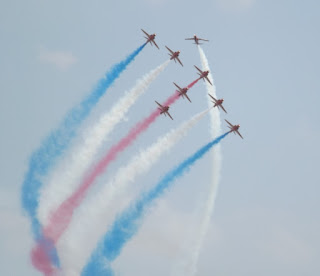 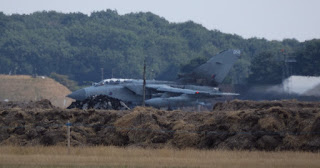 Soon afterwards I spotted a Tornado or two trundling along the distant runway. 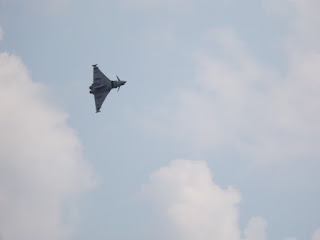 Next in the air was this Typhoon - being flung around with reckless abandon. 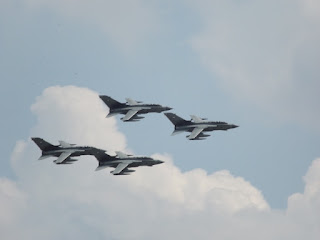 Then it was the turn of the Tornado formation.  As they're soon to be withdrawn from service this was probably the last day that four would fly in formation.  Indeed for two of the pilots this was their last ever Tornado sortie.  And I still think of Tornado (or rather MRCA) as rather new! 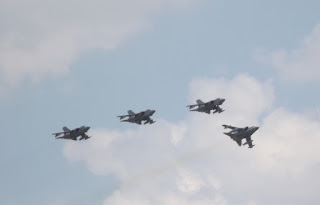 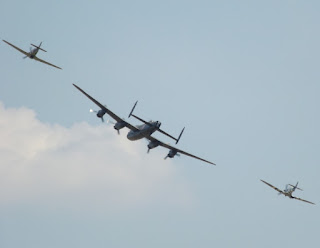 No introduction needed for this lot! 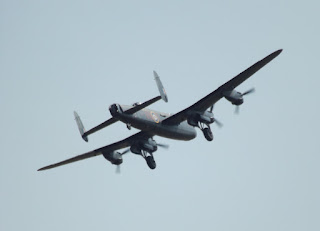 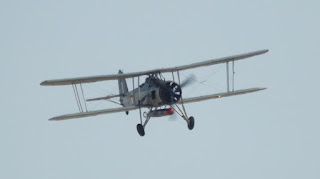 Naval aviation wasn't forgotten - this Swordfish was built in 1944. 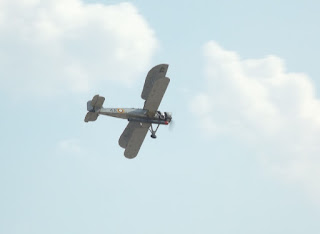 I love a good airshow! I get the chance here in Texas to see the WWII warbirds every year, always the highlight of the year.

I am extremely envious!

I'm so old that I still think of the Tornado as the MRCA! I'm sorry to see that they are being withdrawn from service. I used to love watching them flying at low level over Norfolk.

It was just yesterday that the Hawker Siddeley P1127, Kestrel was to be the future. The Harrier seems to have come and gone into museums. Who's this newbie Tornado?

Marham is just up the road from me - in fact, I taught for 15 years at Downham High School, Marham being in the catachment area. Often see planes from there flying around.

Don M
Even better when they let you in for free!

Geordie
And more to come!

Terranova47
I feel your pain. I’m still mildly surprised when the Red Arrows show up in Hawks rather then Gnats.....

Rob Young
In that case, sorry about the noise!

Only time the noise is a problem is if they decide to use you for target practice. Driving along on a Fenland road, visibility clear for miles all round, then suddenly this loud CRASH as something flies overhead, very low and out of nowhere. Happens a lot when 'something big'is about to happen, been quiet last couple of years.