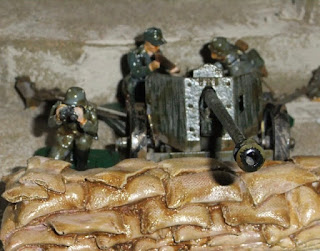 I thought I had more photos of last weekend's playtest games - turns out they were on a different camera - and here they are.  I have included some of the game's rather questionable mechanisms!
Above - the PAK-40 awaiting targets.  Speaking of AT gunnery, "how" I hear you ask "is it done?" 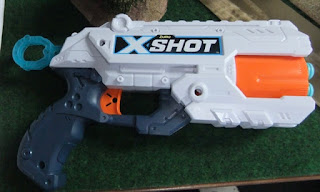 I used a Nerf gun which fires foam 'shells'. 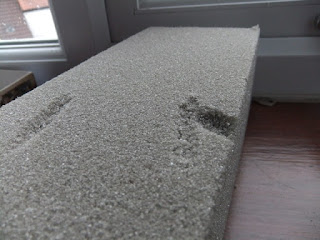 The AT target is a 'brick' of Oasis - the stuff used for flower arranging.  The target is orientated as per the actual target - head on, side on etc, and a shell fired from 6 feet plus the actual range away.  If the shell hits full on it's viewed as a critical hit, if it bounced off it's a 'glancing blow'.  The target above has sustained one critical (from the side) and two glancing blows. 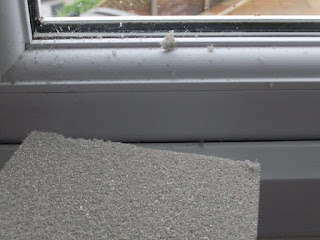 A word of warning though - after a few hits the Oasis makes a bit of a mess!

If the infantry are in cover, so is the target! 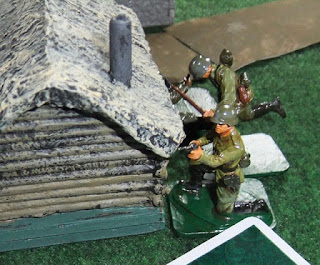 One of the three 3-man German infantry groups skulking in a farmhouse... 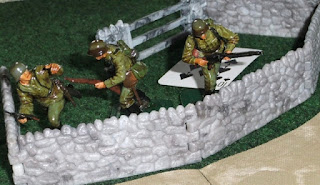 ...while their chums occupy a field. 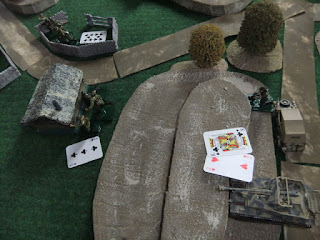 Activation is by cards - HQs get an additional card... 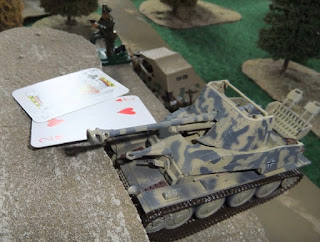 ...so this Marder with attached HQ could choose to activate on either. 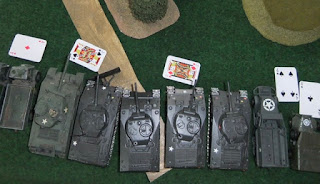 The Brits assembled (and assumed to be still off table!) 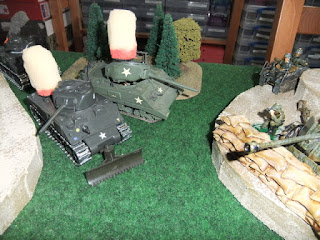 British armour having a bad time 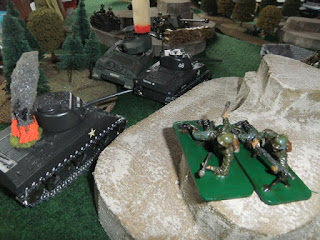 The chap with the Panzerfaust accounted for one of them 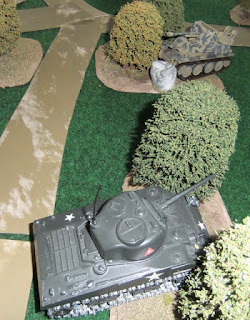 The surviving Sherman running amok.  The Marder was immobilised by a fluke mortar round. 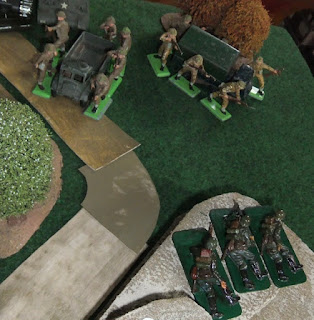 Earlier in the game - British infantry deploy from their lorries... 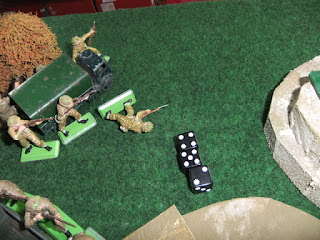 ...but soon come under MG fire.

Excellent. Wargaming shooting as it should be done. None of this dice crap!

Duc de Gobin
And real danger too! I had to duck to avoid a ricochet...

Yes to shooting with Nerf guns! (It's one guaranteed way to get my son to play toy soldiers with me).

The Oasis worries me, but that may be my own personal trauma speaking. I once tried to carve a hill from a brick of the stuff. The resulting mess is best not discussed.