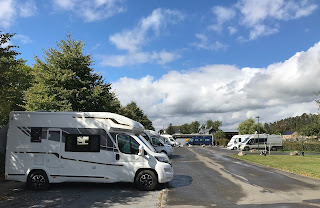 During the second half of September the Command Bus was again deployed to Europe.
Our route is approximated on the maps below and took in Belgium, Luxembourg and Germany - so in the spirit of daft acronyms my posts concerning this trip will be labelled 'BELUGE19' 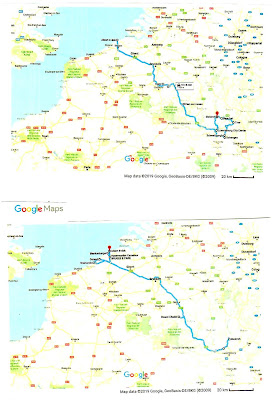 Photos of our various stops will follow in future posts but I know you'll want to be reassured about my shopping... 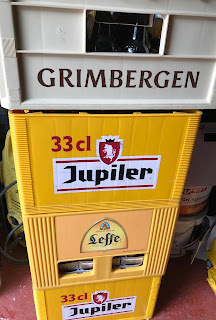 ...just the four crates of Belgium's finest - along with more modest quantities of the inevitable cheese and chocolate.  Not a sniff of a toy soldier though.

How could I afford such luxuries?  Not least because the van burned less diesel then I expected.  This average covers 700 miles in a 3-ton, 3 metre high van with a 2.3 litre engine and an automated gearbox.  Not so long ago 27.6mpg would have been a respectable number for a medium sized car.  Oh, and I topped it up in Luxembourg where diesel costs about £1 a litre - considerably less than here in the UK.
Posted by Tim Gow at 11:51

So Operation 'Return of Command Bus to Europe' or 'ReComB' as NATO refer to it, has gone well then?

Looks like a good looting and pillaging tour, best to get that in before the border wall goes up. What are these miles and gallons of which you speak?

Hope the Grimbergen is better than it's name suggests!

I hope you tried some Luxembourg beer too - it looks like you stopped in Diekirch so that's one you ought to have tried (although Battin is probably better ...).

Duc de Gobin
A successful trip for sure !

Peter Douglas
If you’re puzzled by the numbers ask an actuary. Oh hang on.....

Brian Carrick
6.7%. I’ll put a bottle in the fridge for you.

Clive G
We did empty a few Diekirch bottles now you mention it!