Here I am - back from.....well, nowhere really.  I simply lost the will to write posts for a while.  To kick-start my return here are the sessions for COW 2018.


John Bassett
ANTONIUS AGAINST PARTHIA
An operational level game on Mark Antony's 36BC invasion of Media.  The game will emphasise some neglected aspects of generalship in the ancient world: logistics, oratory and coalition management.  Remember, you can never have too many pack camels...

John Armatys
All True Soldier Gentlemen
The game of officers’ careers in the British Army during the French Revolutionary and Napoleonic Wars 1793 – 1815.  Likely to be the WD Display Team (North) game for 2018 (our silver jubilee year!).

John Bassett
TEN THOUSAND MILES FROM HOME
"I thought we were winning this war." To mark the fiftieth anniversary of the Tet offensive, a matrix gaming looking at how that campaign shaped US domestic political narratives and impacted the 1968 Presidential election.  The game shamelessly steals some good ideas from Russell King and features such COW stalwarts as Bobby Kennedy, Richard Nixon and Martin Luther King.

Sue Laflin-Barker
To Sail the Spanish Main
A very fast simple naval game involving pirates and merchant ships.  The merchants are trying to reach the safety of the harbour where they can sell their goods. The pirates are trying to intercept and loot them.  A revised version of the game presented last year.

Sue Laflin-Barker
Celtic Cattle Raid
As before, the Iron-Age chieftain sleeps peacefully in his hill-fort with his flocks and herds grazing in the valley below.  Four of his neighbours have each decided to raid these herds and creep onto the table from each of the four directions.  When the chieftain awakes, life suddenly becomes very exciting for all concerned.  A revised version of a game presented at COW many years ago.

Peter Grizzell, Ian Drury, Nigel Drury
THE RELIEF OF KNUSTONPORE
The days of the First Indian War of Independence and the Raj. An expedition of pukka sahibs march to the relief of the garrison under siege by the forces of the Khazi of Kalabar.  A toy soldier game set in the Indian Mutiny using a variant of the Muskets and Tomahawks rules.

John Curry
Tonight’s Target is…
This is a WWII bomber command training wargame from 1942. Each bomber needs a two-man crew to be the skipper, bomb aimer, navigator and gunners. It would be helpful if players could bring wooden rulers, protractors, set squares, pencils and other items from a GCSE (O Level) maths set. A torch would also be useful to help the navigator see the WWII bomber command maps for the raid. The game involves some roleplaying e.g. RT traffic. Watch out for night fighters. What could possibly go wrong?

Graham Evans
VA T’EN GUERRE
A tactical table top game using 20mm Airfix figures, covering the War of Spanish Succession. An attempt has been made to produce a game that focusses on the tactics of the period as described in Chandler & Nosworthy’s books on the period and eschewing any of the later 18th century tactical innovations. The emphasis will be on keeping your lines straight and using your cavalry to decide the issue.

Graham Evans
THE BATTLE OF EDGCOTE, 1469 – REVIEWING THE EVIDENCE
Ahead of the 550 anniversary in 2019 this talk will look at what sources we have, how they compare and what they do and don’t tell us about the battle and how it all fits into the landscape. This will pave the way for the definitive story and game that will appear at COW 2019. The session is based on the recently very well received evening talk for the Northamptonshire Battlefields Society which provoked a lot of interest from a well informed audience including historians, reenactors and an archaeologist or two.

Jim Roche
My Name’s Gough and I’m Off!
A singalong based on years ending in 8, ranging from the Kaiserschlacht in 1918 to the Tet Offensive in 1968.  We'll explore the shift from from ‘Keep Right on to the End of the Road’ to ‘We’ve gotta get out of this place’. In Song.

Jim Roche
Paddy Griffith’s Halberdiers
A narrative game based on Waugh’s ‘Sword of Honour’ trilogy. As written by our founder, and just as much fun today as it was in 1983.
Are you the optimistic Crouchback or a shit like Trimmer?
A relatively short game which will probably run at least twice.

Ken Hay
BIGFRISK
Risk with a Twist. The Old Favourite expanded to play on two or three boards and with Allied players. You do not knock out opponents; just absorb them into your ever-growing Empire. Resistance is futile....

John Bassett
MULTI-CENTRE WARGAMES
A discussion led by John Bassett on a new direction in wargaming: the multi-centre game with several teams playing against each other over hundreds of miles.  The session will look at the potential of such games, the challenges in setting them up and running them and the further opportunities they may offer.  The discussion will draw on recent experience from Cold War crisis games run jointly in Holborn, Sheffield, Brixworth and Stirling.

Fred Cartwright
A Gunner’s Guide to Britain’s Artillery
A light hearted session giving participants the opportunity to become more familiar with the excellent ordnance produced by W Britain Ltd. The session will start with an introduction to the various guns and their strengths and weakness, followed by the chance to test the guns on the firing range.  If anyone is interested and has their own guns please feel free to bring them along.

Bob Cordery
SAVE GORDON!  THE MATRIX GAME
Back by popular demand (well, I've has a couple of requests to put on one of the original Matrix Games), SAVE GORDON! is a Matrix Game about the Mahdist attempts to capture Khartoum before the British can rescue General Gordon. Can you overcome the curse of the third argument? Come along and see if you can!

John Curry
Random tales from professional wargaming
This will include a disrepectful overview of American professional wargaming, news from Pentagon wargames, a comparison of our wargames v the Ukraine conflict, how I changed NATO's policy on wargaming, etc. I might even talk about the end of the Wargames Newsletter  and how hobby wargaming attempted to commit suicide in the 1970's.

Tim Gow
OUT ON A LIMB
In response to many (three…) requests for it’s revival, this is my 2003 boardgame about UN arms inspectors seeking to uncover the greatest threat to world peace.  Of course this being 2003, you only have 45 minutes before the WMDs are ready for use….

Andrew Rolph
Wuestenkriegkartenblockenspiel
Can we complete a reasonable simulation of the Desert War with fortnightly turns in three hours? Judging by playtesting so far the answer is a resounding 'no'. However, I'll tweak it a bit more and we'll give it a go. A cross between last year's Fall Edelweiss by John Bassett  and Martin Rapier/Phil Sabin's Kartenspiel, force fed illegal amounts of steroids. A General's dream and a Quartermaster's nightmare.

Mike Elliott
Red Team / Blue Team
A prototype and game design session for a cyber warfare exercise. The final version, I hope will be something that I can use to train people in information security. The underlying principle is "know your enemy" (Sun Tzu, I think). Two opposing teams will attempt to either attack or defend an IT system. No previous security skills required!

Michael Young
STRIKE! Battlegroup Tactical Wargame
This is a game I developed for the British Army to examine the effectiveness of modern units in tactical combat.  This will be your chance to deploy and use the British Army's new Ajax equipped strike brigade (or to fight against it!).  Hex map (500m hexes)' platoon counters, 1/2 hour turns.

Alan Paull
Mission Command: Normandy
Another outing to the picturesque countryside of northern France. This time with a proper published Reference Manual. Allergy advice: may include tanks.

Alan Paull
Open Battles
Remember Airfix Battles? Well, Open Battles is like that, only we can use any old stuff we like! WW2 wargaming with Unit Cards, Command Cards and squares, but no branding. Now testing air combat too, so there may be an 88mm FlaK gun.

Alan Paull
THE MARCH OF PROGRESS
An abstract game based on Clausewitz’s ‘On War’.

Tom Mouat
40 Commando in the Forum
This session offers some insights from running a number of “Free Kriegsspiels” in the MOD to different stakeholders. It will include a game about a Forces protected Evacuation of British nationals in Beirut, during a crisis.

Tom Mouat
Travellers
A science fiction role-playing one-shot game set in a 1980’s vision of the far future (computers the size of filing cabinets and swords, along with Jump Drives and artificial gravity).

Tom Mouat
A Reckoning of Vultures
The President for Life is ailing, and the vultures are circling, vying for position when the inevitable happens and they can finally make their move. This is a succession Matrix Game (think post-Mugabe or post-Bouteflika) that I want to try to record for posterity and show people what Matrix Games are like…

Bob Cordery
Publish and be damned!
It is now easier than ever to self-publish your own material, but where do you start and what do you need to know.  A serial self-publisher tells all!

Tim Gow
SOMME ENCHANTED EVENING
The cream of the British Army assaults the naughty Germans.  We all know how the infantry assault goes, so this game will focus on the air recce and artillery barrage.  Featuring the Knuston Pals (in 54mm) along with matchstick-firing cannon, 1/72 biplanes and even observation balloons!  A triumph of style over substance!

Mike Elliott
BUCKLE MY SWASH
Being a not too serious skirmish game set somewhere between 1650 and 1900.  The aim is to produce a simple set of rules that also allow role playing where appropriate.  There may even be time for more than one scenario! 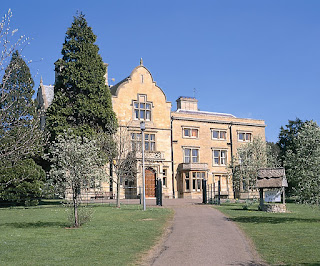 Stephen Aguilar Millan
DRAGONSTRIKE REVISITED
A cut down version of a commercial game we ran earlier this year. It will be designed for 12 players, and is concerned with economic warfare set in the near future.

Jim Wallman
A VERY BRITISH COUP
A game of politics and backstabbing in the 1980s (based on the book/TV series).

Phil Steele
TONY BATH'S ANCIENTS
The session will be an attempt to play an ancients game using the Tony Bath rules from “Wargames” and Tony Bath’s flats. It’s sort of some practical wargaming archaeology. The flats have been a feature of the Society of Ancients stand at shows this year and have attracted a lot of interest and comment. Anyone who has Don’s “Wargames” might like to bring their copy along or even read them up before hand.
Posted by Tim Gow at 17:34

Hey welcome back to the land of the posting! Thought you found that edge of the planet, nice to hear from you!

This is a very long post, I can see why it took you five months to write it. 😋

Welcome back I thought you had retired ;)

Cannot wait for this to start ... see you in the bar Tim!

Good to see you back Tim... I look forward to the reports in the Nugget.

Good to see a Post form you Tim- wondering where you were. Lots happening at Knuston Hall over the weekend - would be great to attend. We have nothing of the sort here in New South Wales which is a great pity - would certainly enjoy a venue and program such as yours. Cheers. KEV.

Brian Carrick
Your assessment of my typing speed is worryingly accurate!

Geordie
It’ll be good to see you. The bar you say?

Pete
There may even be some reports here!

Kev Robertson
It’s worth the flight. Next year?

Tim- Travelled to England in 2015 ...I just cannot cope with 22 hours in the air- sorry will not be returning again- alas. Cheers. KEV.

Kev Robertson
I'd best take plenty of photos then!

Glad you're back in the land of blogging! Hope everything is well with you and looking forward to lots more posts :)