RAF Typhoon fighters were scrambled from Coningsby on Monday because an Air France flight had stopped responding to radio calls.  This became a news item due to the sonic booms which were apparently heard across swathes of Yorkshire.  Our windows remained unrattled but when Mrs G visited a client near Doncaster yesterday they mentioned that the booms had brought their neighbourhood out on the street. 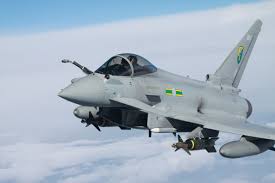 Happily it all ended well, as the lack of comms was due to a technical fault. The civil 'plane landed safely in Newcastle. 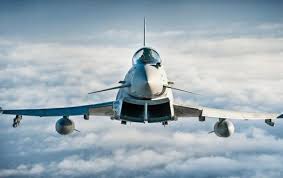 I find the speed of response rather reassuring.

As Jim has pointed out - the title of this post should be "Boom, Boom".  Only the fox knows why. 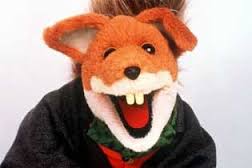 Shouldn't it be a 'Boom Boom'?

When you live near a airbase you get used to that noise! Like I do! :-D
Good to hear that everything went well!

Don't we live in a paranoid world, though? How much did that comms outage cost the country? I shouldn't be surprised if it were at least the think end of a million quid - foom! Just like that. I'm not saying the response was unnecessary or excessive, given the global tensions right now. But it does seem reasonable to observe that the price of fear ain't what you'd call cheap.

Jim Duncan
You're quite correct of course!

Duc de Gobin
Better a fox hat than a Foxbat....

Conrad Kinch
I knew you'd join in with the chorus.

Archduke Piccolo
I suspect that more money was spent on worse things that day.