While I was in buying bridges, in the same Dutch model shop I spotted a pile of cheap-ish kits. So of course I dived in for a rummage!  The ancient Heller set above was a good buy as Hotchkiss MGs can be difficult to find in this (1/35) scale. €3.99. 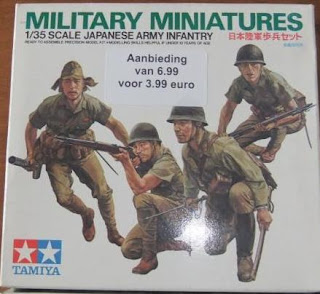 Another useful set, I bought this set of Japs ‘cos it was cheap. Who knows what they’ll end up as?  Not me. 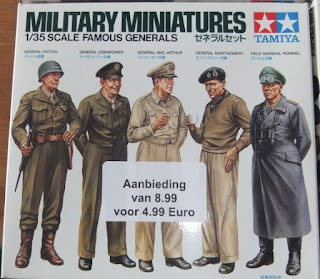 I’ve always rather liked the idea of this set of Generals and at this price it was irresistible. 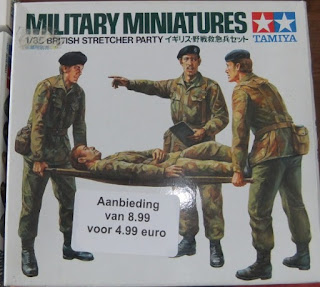 I don’t recall having seen this set before but a better informed (and clearly richer) friend tells me this sprue was included with the LandRover Ambulance set he had in the 1970s.

I remember buying that last set, the stretcher party, in the early 1980s. Can't remember what became of them.

I think I have used so much Balsa and blooming glue from the "glue gun" on the cardboard I should have just gone out and bought a kit instead!

JLee118
It’ll probably be a while before I tackle it. The box art is a nostalgic delight.

Geordie
Just how big is this Sherman?

I think it would fit old Airfix 54mm Figures
I'll be "posting it soon on the blog so I will put some figures along side it for scale!
An Airfix DAK man for nostalgia perhaps