That's Medway to do it! 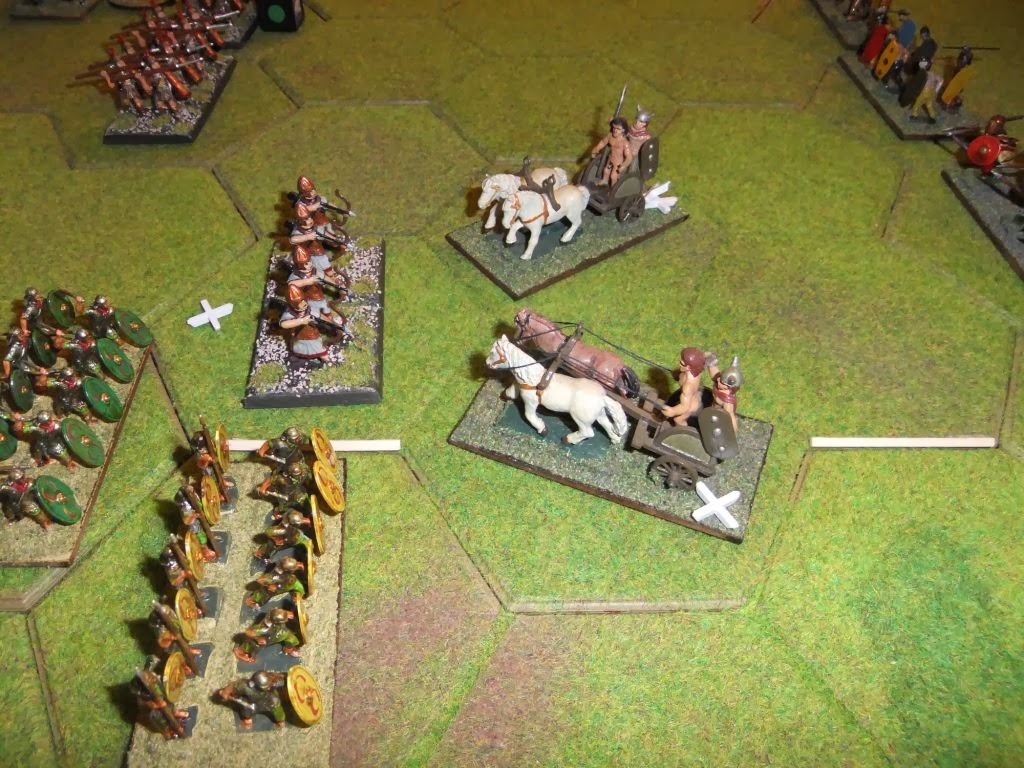 This (the battle of Medway, 43AD) was a Command & Colours game played at the Sheffield club earlier this month.  Mark & Kayte led the Britons (as Togodumnus and Caratacus) while the Romans in the gloaming were John and Martin (as Vespasian and Geta).  The game saw the local chaps - including a load of chariots - trying to hold back the rampaging Romans.  All 25mm toys from my boxes.  Many of the Britons were newly rebased following an eBay purchase last month....  Above can be seen an early Brit sortie.  Will the chariots work? 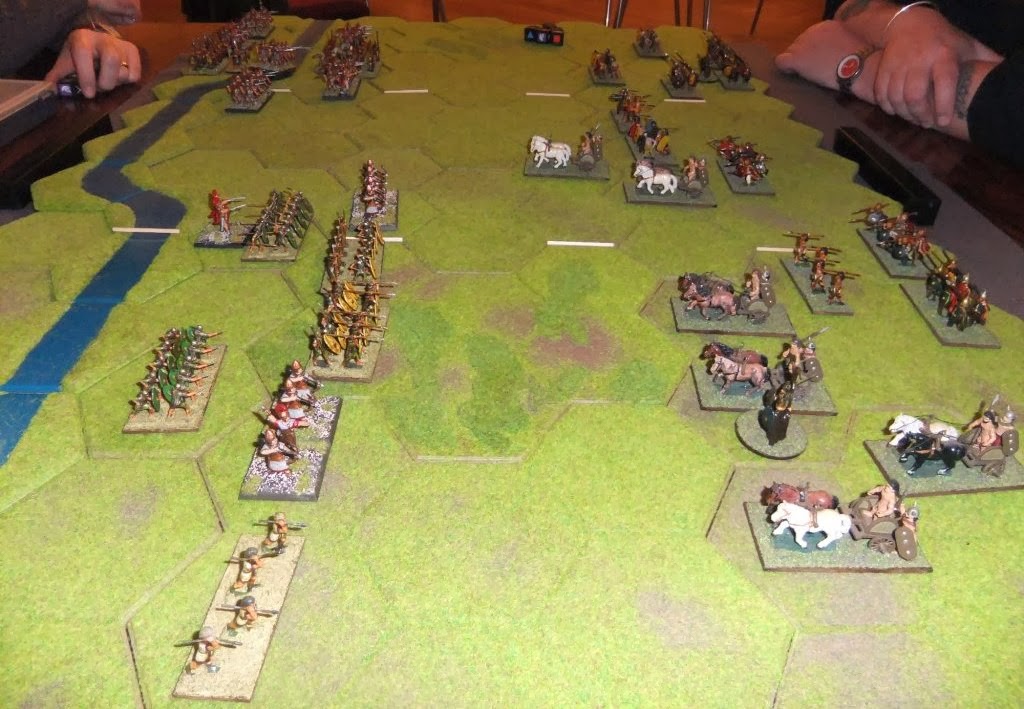 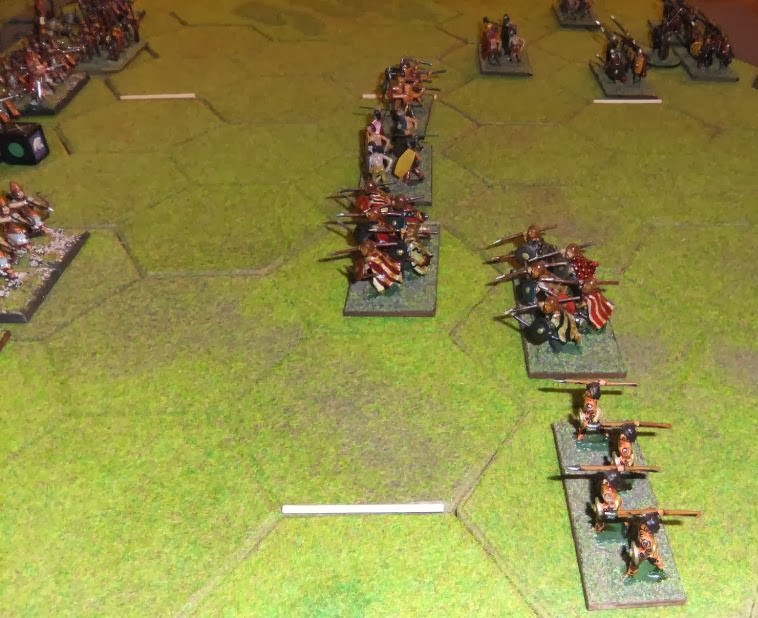 As well as the wheeled wonders, the Brits had a load of hairy pointy-stick wielders. 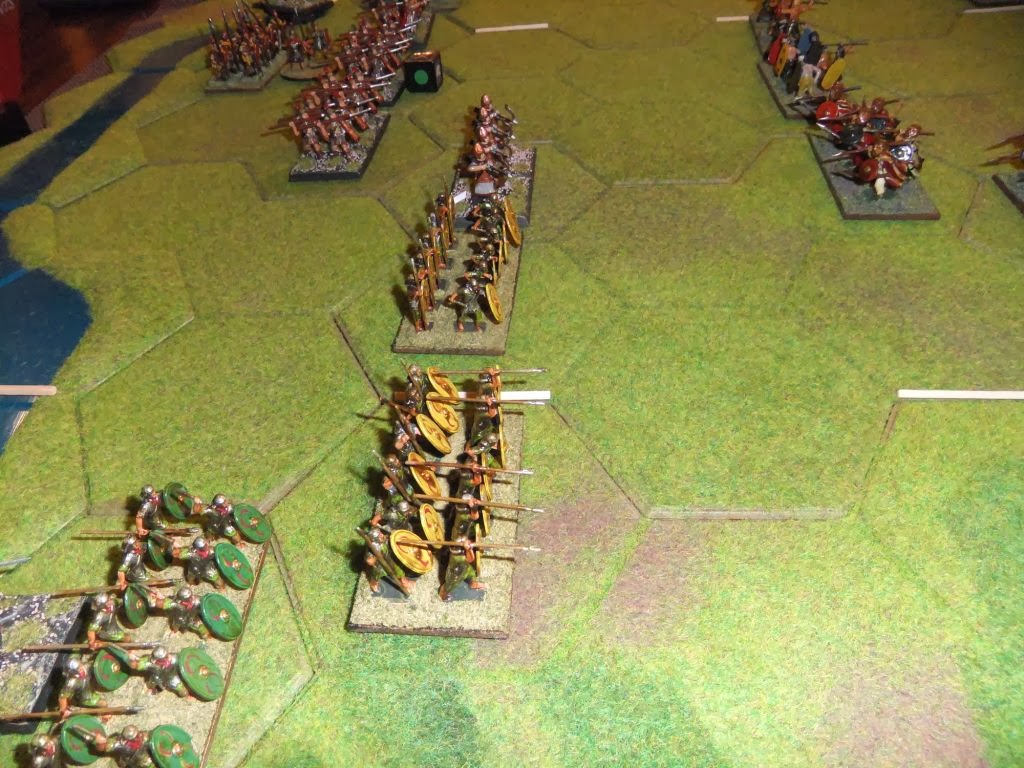 True to their classification as 'Light' troops, the Roman Auxilliaries were plastic! 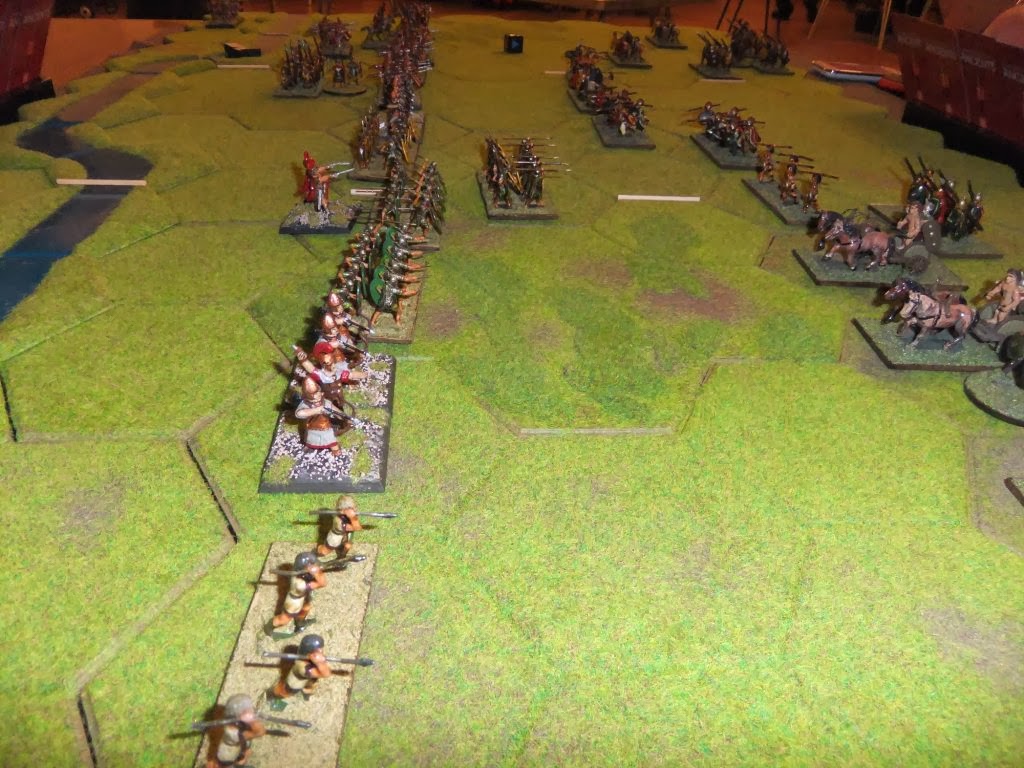 The armies close in... 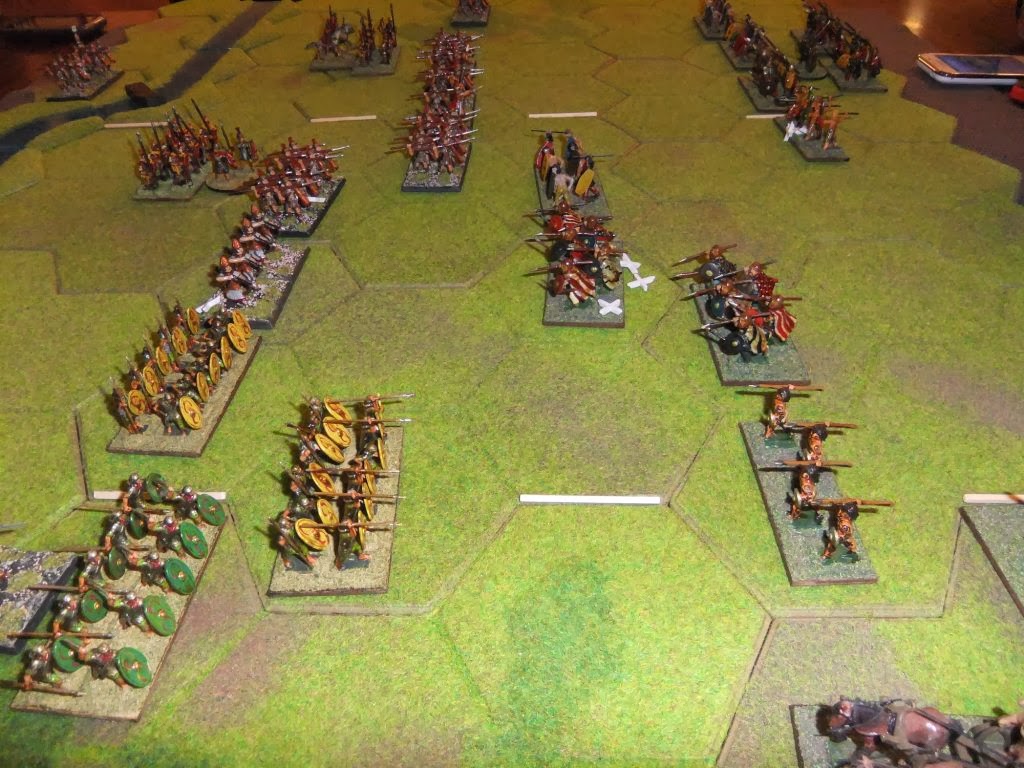 ...and a Brit thrust is bloodily repulsed. 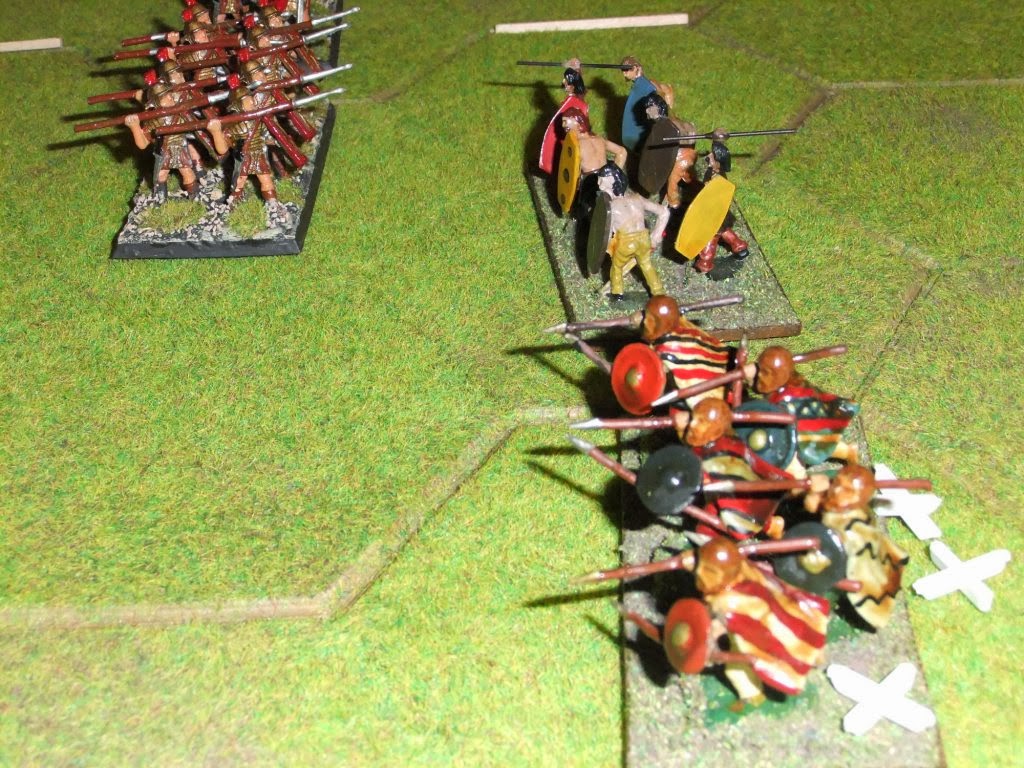 Three casualties - and the unit can only take four.  Ouch! 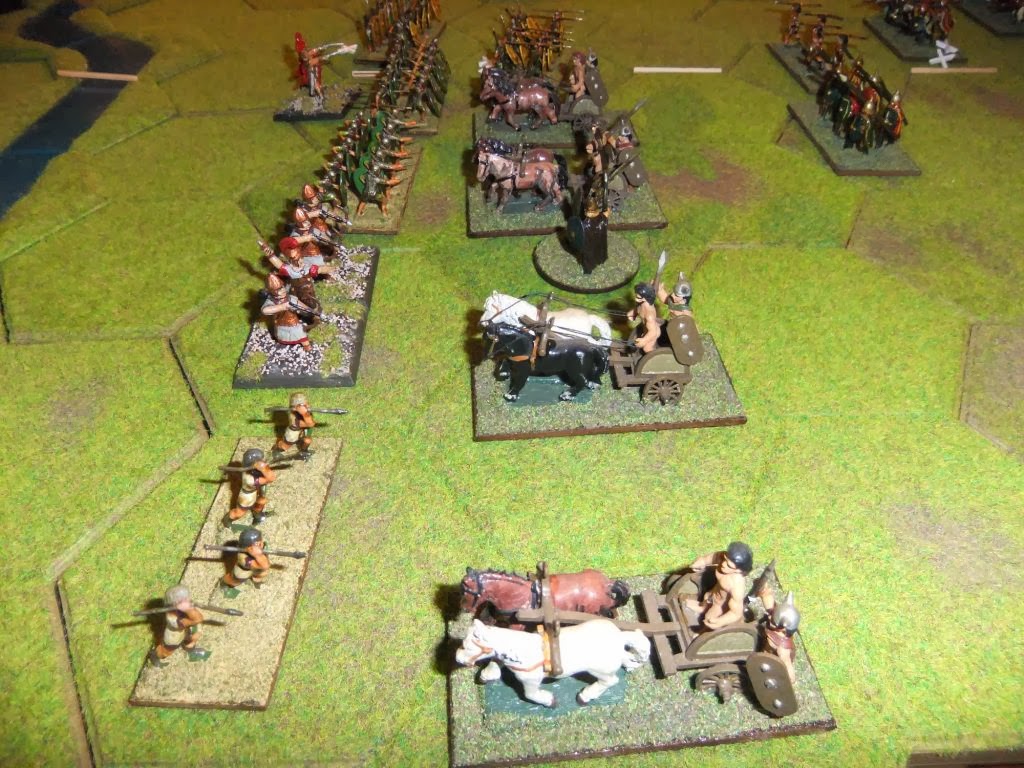 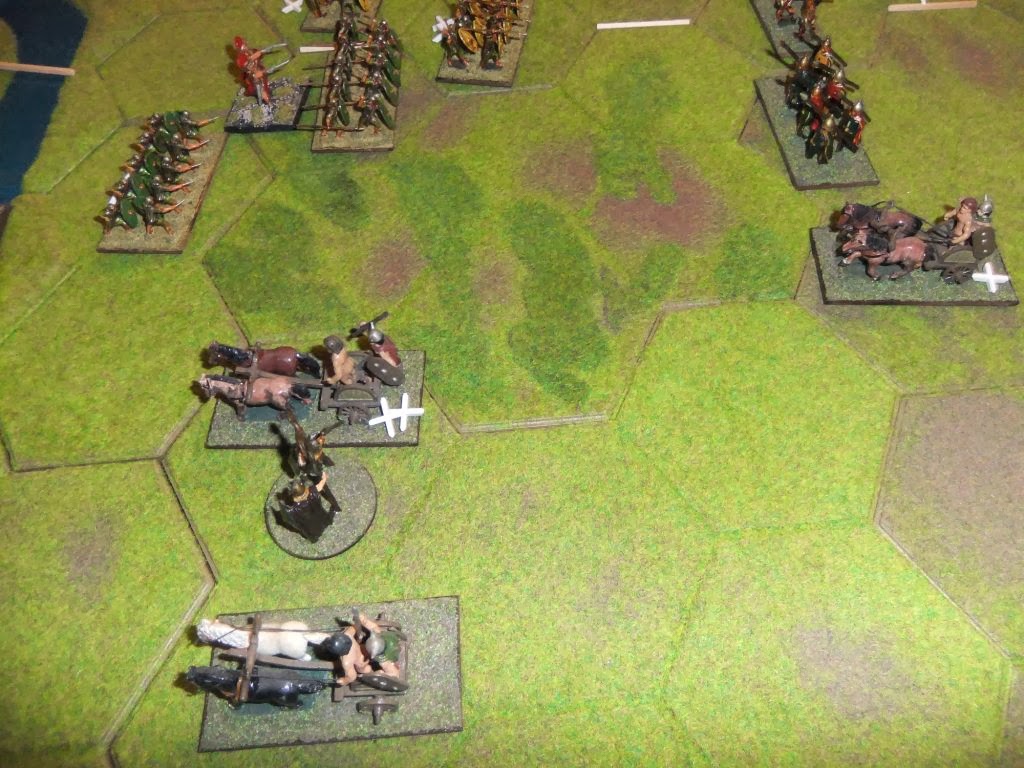 Though the swarthy Latins had had the best of the fighting so far, the chariots made a few dents in the line. 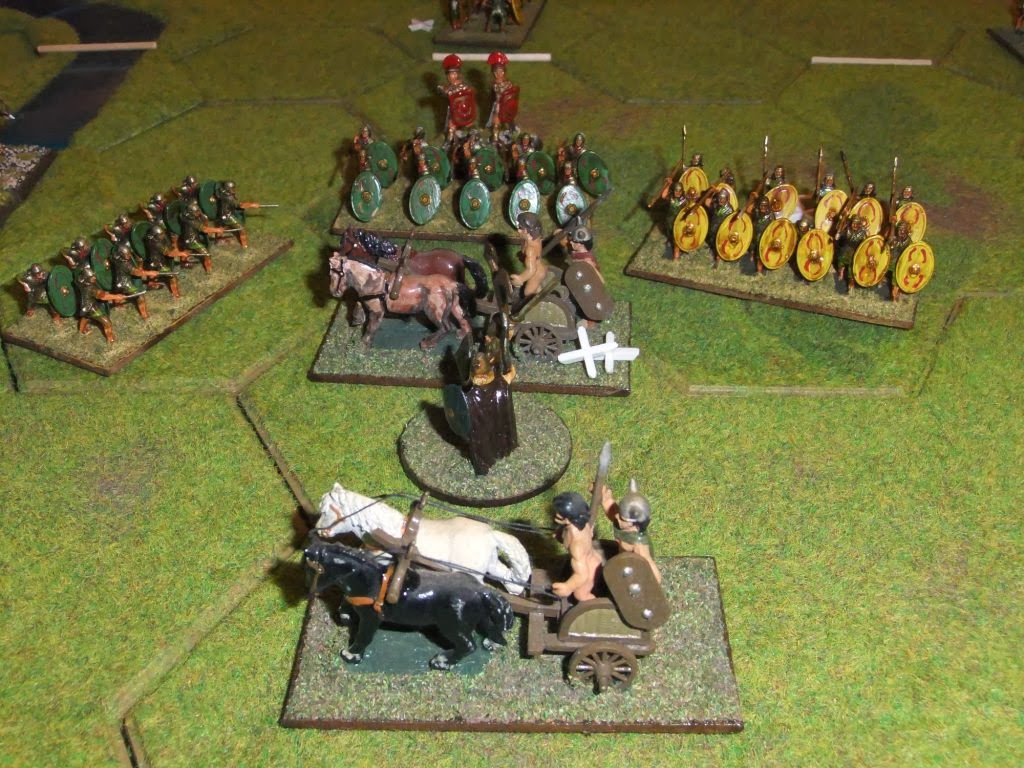 2 chariots against this lot?  No problem - they're only plastic! 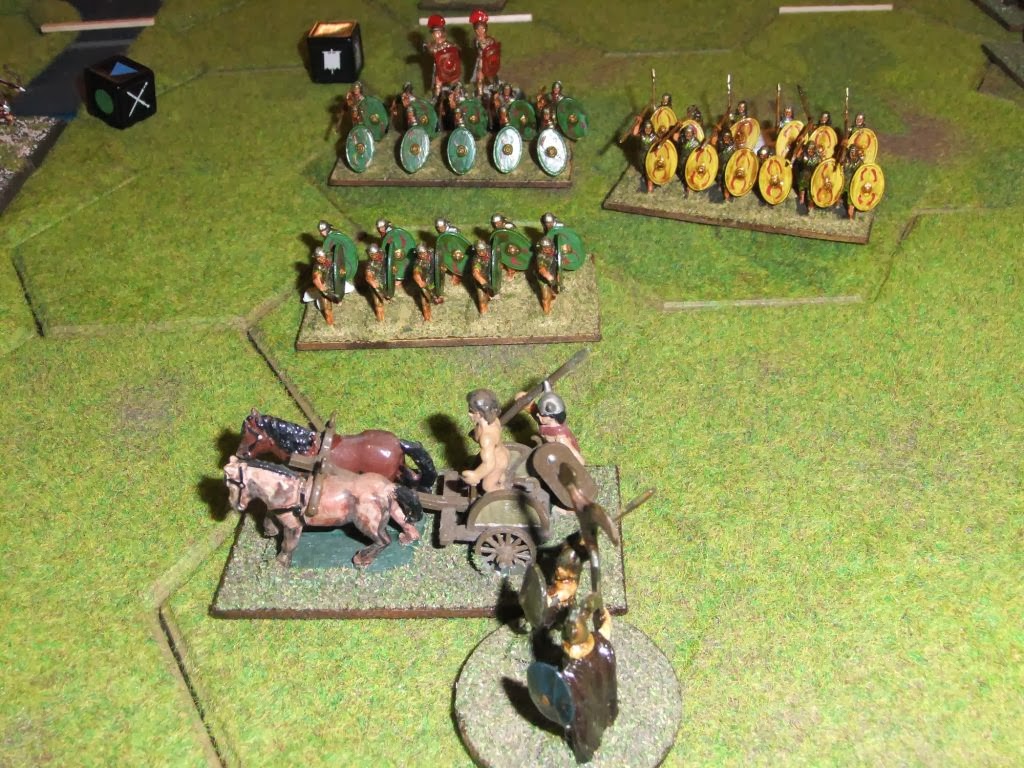 Er, one chariot against this lot.  But most of them are miles away. 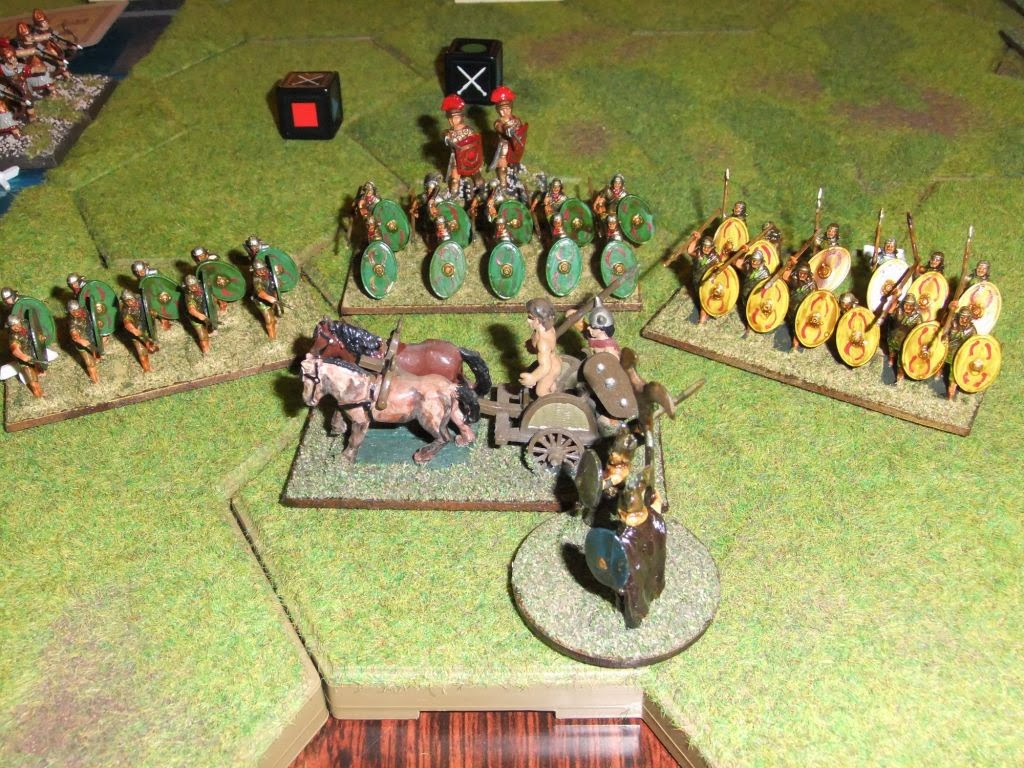 OK then.  One chariot (plus Caratacus) can hold them off... 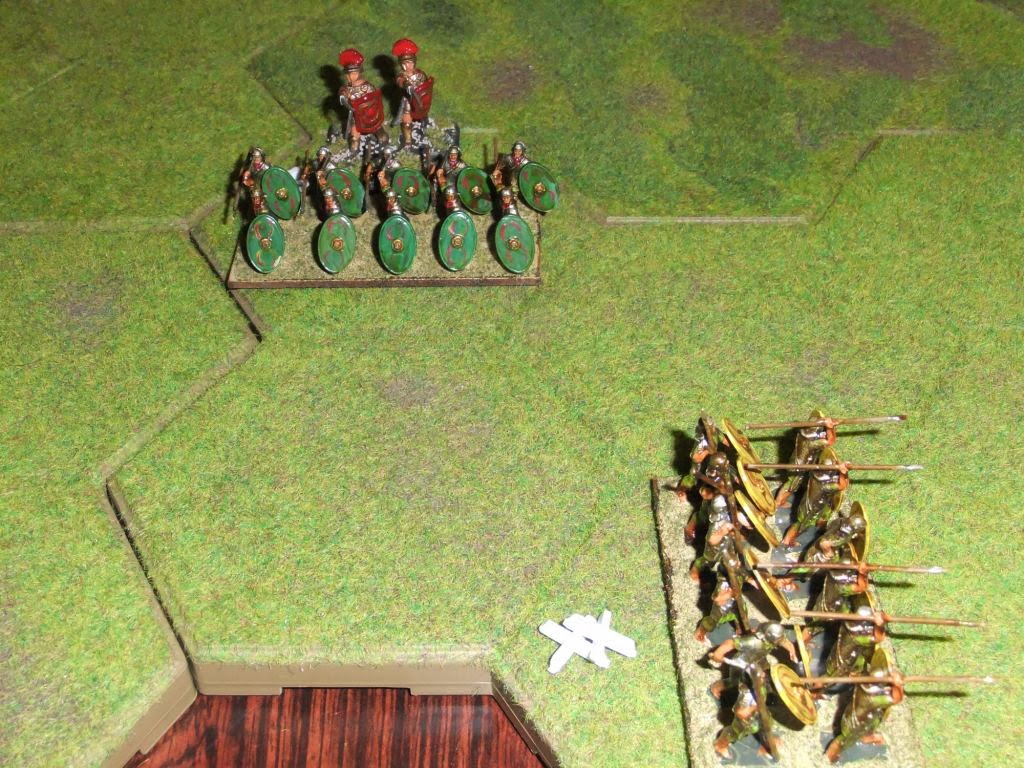 Bug*er.  These chariots are rubbish. 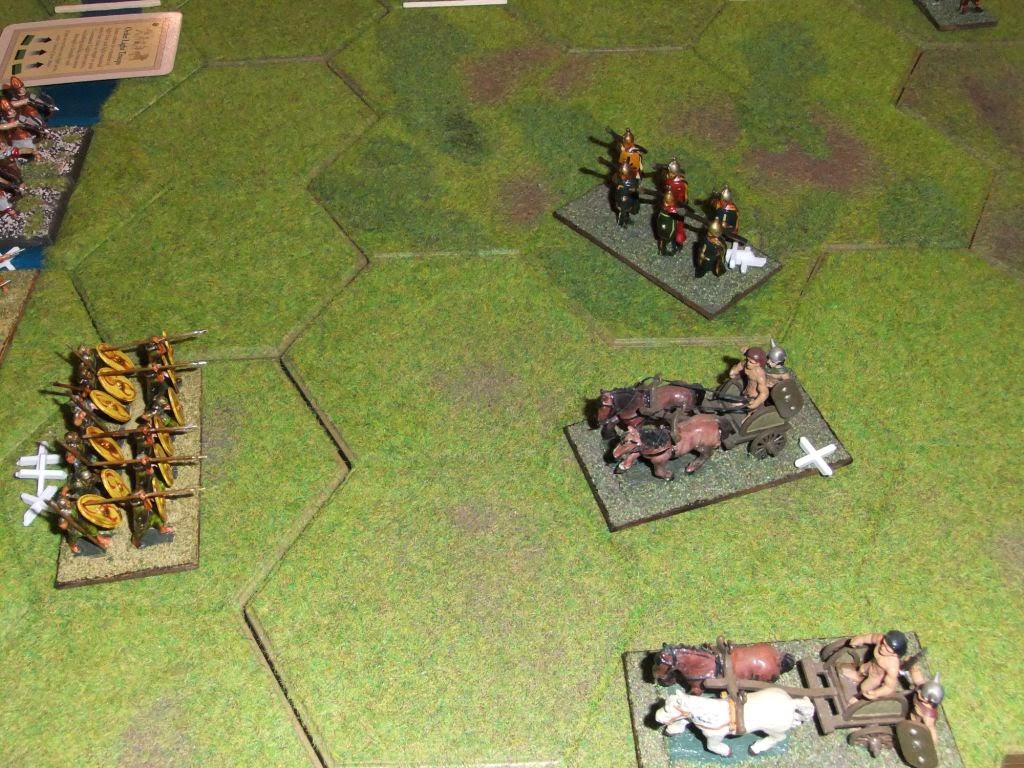 Though the chariot attack made some progress to levelling the score it wasn't enough, and Britain seems well on the way to becoming another Roman province. 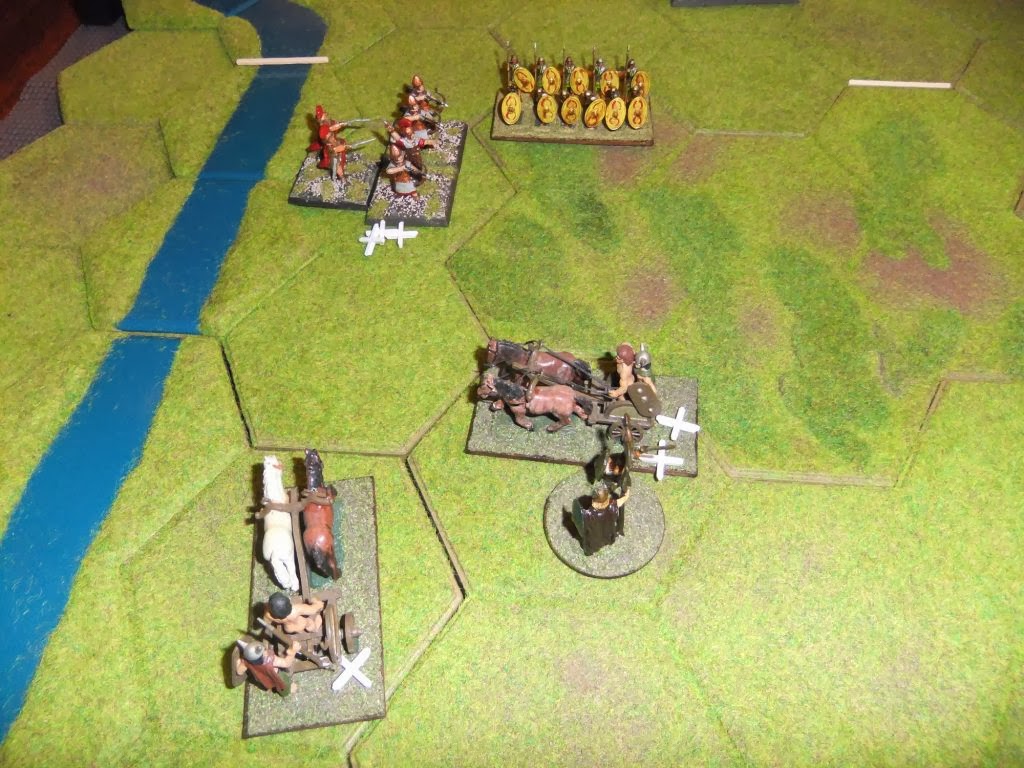 As Togodumnus said after the battle "we really needed at least 12 chariots."  So maybe it is the weapon of the future after all....
Posted by Tim Gow at 19:03

Yep: an extra 12 chariots should improve their qualitative presence on the battlefield... Speaking of which: my Ancient Britains army comprises at the moment several Airfix chariots awaiting wheel replacements...

Archduke Piccolo
You must live in a rough area if even the chariot wheels get stolen.....

Nicely painted figures Tim, they all look quite good on the tabletop